The Pale Blue Eye contains a gruesome tragedy. But you have to be patient in order to witness its worst.

A suicide occurred at the United States Military Academy, or did it not? Hours after Cadet Leroy Fry was found hanging from a tree, his body was vilely desecrated, a gruesome act that forces the commanders of the academy to enlist the help of veteran detective Augustus Landor. Landor himself soon ropes in the help of Edgar Allen Poe too—the future poet, an outcast cadet at the academy. Together, the duo uncovers a horrific scheme festering at the academy. But everything might not be as it seems.

I streamed this before I finished reading the synopsis. The reason: one name.

I’m not a huge fan of his writing; frankly, I’ve never read that many Poe poems or stories. But as someone who loves horror and the macabre, how could I resist the magnetism of his name?

Plus, the story is about Poe attempting to solve a grisly murder. One at West Point too. What diabolical developments would ensue? Would the supernatural be involved? Is the murderer someone in a red mask?

Like I said, I streamed this Netflix murder mystery exclusive right away. I was then largely happy with what was dished out, despite certain flaws in the production.

Much of my satisfaction has to do with Harry Melling’s portrayal of a young, super-wide-eyed, hyper-talkative E.A. Poe. Some reviewers felt he overacted, I’m inclined to agree. But in all fairness, isn’t Melling’s interpretation what most viewers would expect from the character? Not to mention, Melling also executed his lyrical, older-English lines flawlessly. I consider this an accomplishment as The Pale Blue Eye is a periodic piece that’s also not one. It’s so easy to slip into the comical or the peculiar.

Christian Bale, as expected, shines with his understanding of Augustus Landor too. The character, a man who is broken and weary but kept alive by sheer brilliance and ruthlessness.

This brilliance, at times, seems to fade, particularly during the faux denouement. But once the truth is revealed, one realises that Bale/Landor has been dispensing hints all along. Like that other Bale masterpiece i.e. The Machinist, the clues are in plain sight from the start. This is definitely one of the accomplishments of the show and a reason to rewatch with a keener eye.

Coming to the flaws I’ve mentioned earlier, these involve the supporting characters near-completely overshadowed by Landor and Poe. You know who they are and what they did, but the movie never reveals just how they felt and thought. I felt this compromised the bite of the tale. Without giving away the twist, I’d just say that it’s a pity we are not privy to how Artemus and Lea felt about the events. Such insight would have coloured the story a deeper grey.

A certain statement about the military was also made in the middle of the show, one that pointed at the brutal truth more than anything else. Curiously, the debate in this statement was entirely abandoned immediately afterward. Perhaps director Scott Cooper felt the story was grim enough without having to explore deeper cesspits. 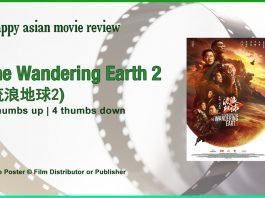 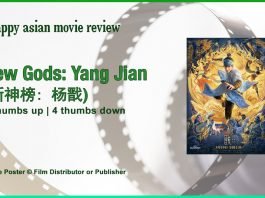 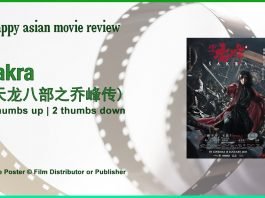