Getting into the mood for the Avatar movie sequel at this year’s Jewel Changi Airport Christmas festivities.

‘Right, my second Christmas post for 2022, and this time, I visited the festivities happening at the eastern end of Singapore.

Changi Airport has long been one of the hotspots to head to for year-end Christmas decorations and fun, doubly so after the opening of Jewel in 2019. On the other hand, this year’s festivities at Jewel aren’t completely Christmas in nature. In fact, other than the signature HUGE Christmas tree, this year’s events and décor have more to do with water than yuletide joy.

Specifically, Avatar: The Way of Water, James Cameron’s long-awaited sequel that’d be released worldwide in the middle of next month.

It’s, erm, something different. Not odd too, I guess, since Jewel and Changi T3 had previously based their year-end decorations on movies. And with the main attraction of Jewel, a huge water feature.

To be honest, I also wasn’t particularly enthusiastic before heading over; I ever only watched 2009’s Avatar once. That said, I did enjoy that one viewing and after seeing the morphing lights and aquatic displays at the Canopy Park last evening, well, I’m now definitely more excited about the sequel. And about “revisiting” Pandora.

I’ll probably purchase a ticket the moment pre-bookings are open.

I began my visit at Canopy Park and I’ll jump ahead by saying, if you’re also visiting, enter the park after sunset.

I went in when it was still bright and everything was rather dreary, to put it politely.

It’s a wholly different business though, the moment night descended. The morphing lights became far more enchanting. Every grove suddenly felt more mysterious too, thanks to the constantly changing lights.

The tail-end of the designated one-way walk, decorated with Christmas trees and coral-like structures, was magical too. Not ornately elaborate like some of the displays at this year’s Orchard Road light-up, but seductive with their simplicity and elegance.

Spending a moment alone in this area was quite therapeutic.

Glamping in the Clouds

Like previous years, this is right beside Canopy Park. I wonder how is it like at midnight when the entire Jewel Complex is quiet?

Done with Canopy Park, I headed down to the HSBC Rain Vortex where other festive attractions await:

Like previous years, I popped by Terminal 3 before heading home. There are more Avatar-themed attractions here, as well as an unexpectedly sizable carnival.

Christmas Odyssea at Jewel ends on Jan, 2, 2023. Check here for the timing of the performances.

Other festive celebrations in Singapore.

My other Singapore events posts. 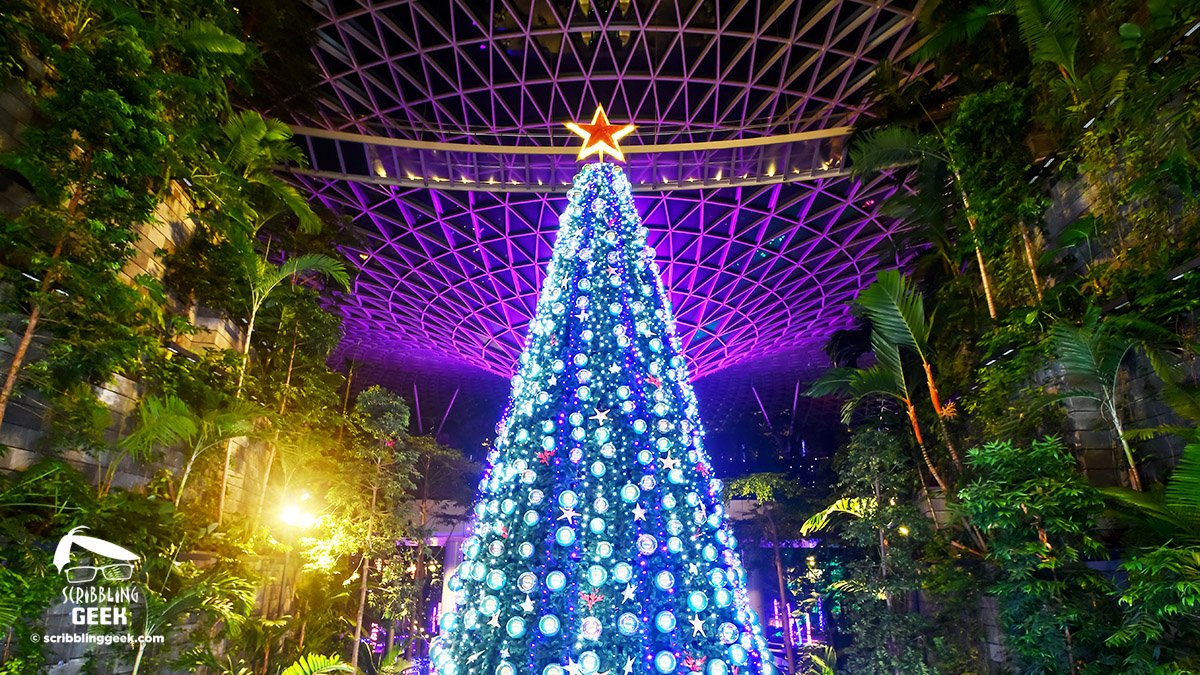