Top 7 Horror Animes to Binge On

Animation and horror may seem like a mismatch but the former is actually a great medium for horror. In fact, animation is a great medium for almost anything! From creative advertisements to social media videos, to how a Singapore animation studio plays with its endless possibilities.

If you’re in for a good scare, you’ve come to the right place. Whether it’s a gory slasher or a haunting psychological thriller, horror animes have it all and there are plenty of them to binge on.

Without further ado, turn off the lights and huddle under your blanket. Here are 7 of the best horror anime to binge on. Some have been around for over a decade but remember, oldies are often the goodies. In some cases, consistently the best too.

All screengrabs copyright property of their respective owners.

Not to be confused with Ghibli’s Princess Mononoke, Mononoke is one of the best horror psychological animes ever. With 12 episodes covering 4 different stories, Mononoke is an easy binge too.

The anime follows a mysterious medicine seller with the power to exorcise evil spirits, or “Mononoke.” To rid the spirits, he needs to learn their form, truth, and reason; which then unravels the gripping mysteries within each story.

Full of spirits dark and malevolent, Mononoke’s true horror lies in the cruelty of men; the depravity involved can be utterly horrifying. The spirits’ motivations, in turn, are thoroughly explored and you are bound to sympathize with them. With 3 episodes dedicated to each story, all characters are furthermore well-developed. The series always give enough time for each story arc to set in and sink its claws.

Intricate, richly layered, and full of symbolisms that act as clues, this garishly bright style can be at times dizzying too. But more often than not, it adds to the ethereal appeal. Needless to say, the ghostly horror too.

Incidentally, if you’re interested in tips about cinematography for live-action film production, check out this corporate film & video production company! How about producing your own Mononoke-inspired masterpiece?

Set in the Japanese countryside of the 1990s, Shiki begins with a mysterious family moving into a grand mansion. Fed up with her mundane life, a young girl then visits the mansion and is found dead the next day. This sets off a series of strange deaths and soon, the village is gripped in fear as speculations start to fly.

A slow burner, one with every episode containing subtle details that hint at the truth AND a suspenseful cliffhanger, Shiki’s main draw is its complex and multidimensional characters. All are flawed in their own ways and with different reactions to the deaths. Some attempt to unravel the mystery. Others do no more than deny the danger that’s threatening their peaceful countryside.

Discussions of moral ethics are also present as you constantly wonder just who the true monsters are and whether their actions are warranted. A harsh study of the human condition, Shiki is through and through, a compelling watch.

Sink into the story, the myriad themes, and you’ll quickly find yourself unable to resist streaming another episode. Disturbingly, you might also find yourself seduced by the many veiled monsters of the series.

Also set in the Japanese countryside, Higurashi starts on a deceptively ordinary note.

Like a slice-of-life anime, the show begins by introducing a teenage boy who has just moved into the village. Said teenager quickly befriends a bunch of schoolmates and soon they’re all enjoying their seishun time together.

Everything then stays nice and dandy, that is, until the town is plagued by strange events and a string of gruesome deaths. The bodies pile up in the days leading to the village’s annual festival but for some dark reason, the villagers avoid discussing the festival’s true origins.

Worse, far worse, seemingly innocent characters devolve into maniacal murderers. A hellish reality sets in. Narrated in multiple arcs, you as the observer have to piece together the show’s events to solve the murder mysteries.

Packed full of gore and gruesome murders, Higurashi is bloody terrifying. What makes it unforgettable is also that despite the overt horror, the story is rooted in tragedy. More distressing than the bloodshed is frequently how the deaths are completely senseless.

The third installment in the When They Cry series, Umineko is vastly different from Higurashi.

Every year, members of a wealthy family gather for a conference on a remote island. As the current family patriarch is in poor health, this year’s conference focuses on the distribution of his assets. In other words, who is to inherit what.

Interlaced with themes of madness, rage, love, and desire, and with delicious elements of fantasy and dark magic, reality is never quite what it seems as the strange happenings pile on.

And just like Higurashi, the show has plenty of gore and violence. If you love locked-room murder mysteries, witchcraft, and detailed character backstories, Umineko is a must-watch. With 26 episodes, it has enough action and horror for nights of indulgent bingeing too.

Another horror-anthology series, Hell Girl is all about vengeance and the price to pay for it.

A mysterious website allows visitors to purchase a simple doll with a red string. However, only those burdened by a heavy grudge can access the website, and only so at midnight.

Buyers are also given a grim choice. Pull the red string of the doll and vengeance will be served. However, your soul ends up going to hell in exchange.

Admittedly predictable in premise after a while, Hell Girl nonetheless maintains freshness by diligently introducing new twists and perspectives. For example, victims aren’t always the ones seeking vengeance. Some also find possible loopholes to get around the rules.

Hell girl’s mysterious origins furthermore adorn the show with an added layer of mysterious depth as her roots and role are slowly revealed.

Of note, bittersweet and introspective with many of its stories, Hell Girl is not nightmare-inducing. You should not expect grisly horror. However, the dark tales of sinister revenge and sinister acts will likely haunt you for days after watching. It may also make you reconsider whatever grudge you’re harbouring. And whether it’s worthwhile to cling to these.

One of the milder shows on this list, Ghost Hunt follows the adventures of a team of high school students in the Shibuya Psychic Research (SPR) Organisation. This team of paranormal investigators explores different haunted sites and attempts to exorcise the spirits trapped there. As they become more acquainted with supernatural beings, they each develop their own set of psychic skills too.

Full of supernatural action but also, surprisingly, intricate with brief discussions of race, religion, and opposing cultures, Ghost Hunt is spooky and perfect for beginners to horror anime. What’s mesmerising is also the SPR members. The protagonist is far superior to his teammates (or employees) as far as spiritual power is concerned, but that doesn’t mean the rest are worthless. Some, such as the haughty Ayako Matsuzaki, could actually be more powerful under the right circumstances.

These character nuances, together with the spooky ambience and varied story arcs, make Ghost Hunt an absorbing watch. The supernatural fights, expectedly, are also fluid and well choreographed. Every bit comparable to top action anime.

If you’re looking for quick bites of horror, Yamishibai is the horror to go for! A horror-anthology series consisting of shorts, or vignettes, each episode is only about 5 minutes long. This makes them perfect for … quick scares before bedtime?

With 10 seasons as of 2022 and over a hundred episodes, not all stories in Yamishibai are winners. That said, the ones that do work are downright spine-tingling, if not horrifying. With its own unique animation style that mimics the old-school Kamishibai style of storytelling, the creepiness is often dialed up several notches too.

Coming to the name of the series, Yamishibai means “Dark Play,” which led to the series alternatively known as Theatre of Darkness in Japan. Kamishibai, in turn, translates to “paper play” and is a traditional style of street theatre. Storytellers would narrate a tale by switching up paper images on a wooden board that resembles a stage.

Mimicking this traditional entertainment gives Yamishibai a vintage feel, but it also infuses all stories with a timeless, otherworldly quality. This ambience is consistently a perfect companion for the eeriness depicted.

My other Anime posts. 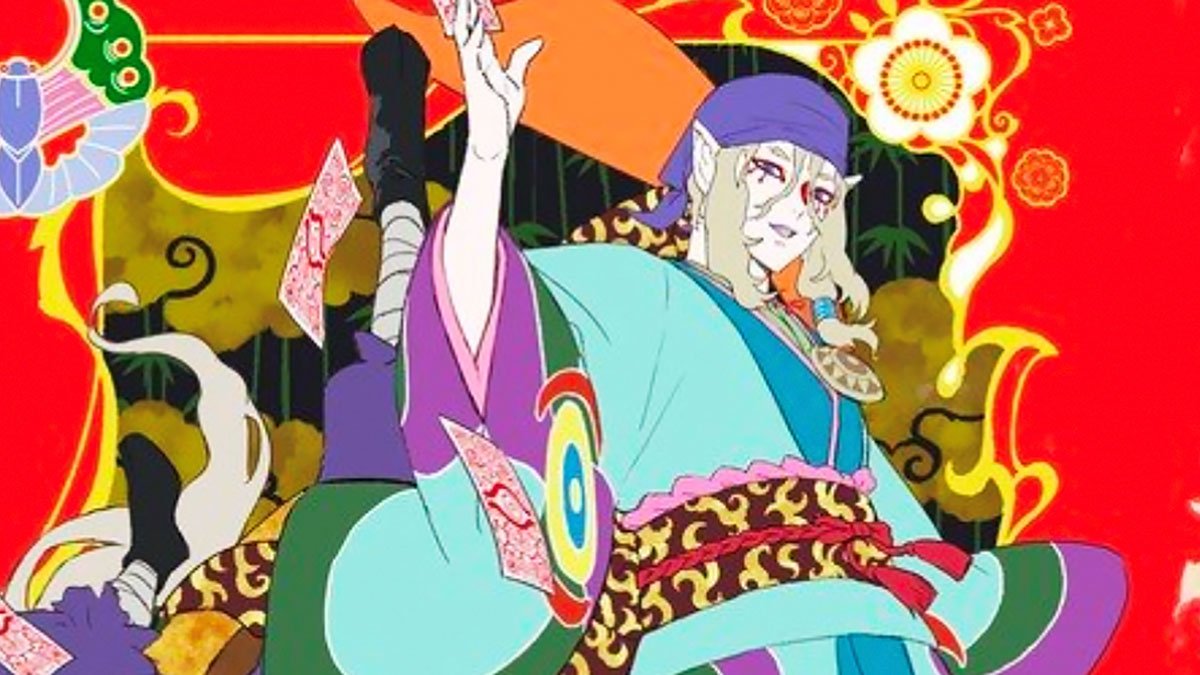