Man Boon Cing, or Wan Ban Qing in Mandarin, is over 40 years old as of 2022. Here’s some background information if you’re unfamiliar with this classic Cantopop hit.

1980 saw the release of not one, not two, but three Shanghai gangland drama series by Hong Kong’s TVB. Sometimes referred to as The Bund Trilogy, the title theme songs for all three were famously assigned to legendary Cantopop maestros Joseph Koo and James Wong.

To paraphrase what I read on a Chinese website years ago, all three theme songs were to exhibit a similar grandeur, one that’s worthy of 1930s cosmopolitan Shanghai. Koo and Wong’s compositions effortlessly succeeded. But at the same, each was also musically distinct when released.

The Bund, the first and the most famous of the three, was a harmonious hybrid of classic Chinese accompaniments and 70s American TV music motifs.

Man Boon Cing, the second song, incorporated symphonic influences. And was structured around a simple yet incredibly effective chord progression.

Sheung Hoi Tan Lung Fu Tow, or “the Dragon and Tiger Conflict of Shanghai,” began with a soaring overture before segueing into a worldly Rumba. Creatively, it was also the boldest.

As is well-known, the three compositions were subsequently sung by Francis Yip. And so well-received were they, Francis was still performing them decades later.

Naturally, these “Shanghai theme songs” contributed much to the popularity of Cantopop and TVB in the 80s too. They furthermore established the Koo-Wong partnership as a formidable and profitable label. Practically every future collaboration by the duo was a commercial success.

I continue to see a lot of online criticism about Electone sounds; particularly, Electone strings sounds. A lot of criticism involves our strings being too harsh, too meek, or worst of all, too synthetic-sounding.

Well, the Electone is a digital emulator, put it that way, so I think it’s senseless to expect perfect authenticity. (Besides, what is a perfect sound? Everything from the environment to your speaker, to your earphones, to playback settings, affects it) That said, I agree the ELS-02C string presets could be better. Increasingly, I can’t find something that “jumps” at me right away.

When the above happens, I sigh and grudgingly resort to one of the following solutions. Most are time-consuming or imperfect, one way or another.

The short of it, it’s a lot of work. Work that could be indulgently fun if you enjoy sound-smithing. But a real pain if you’re more into performance than programming.

For me, I tend to do the minimum and accept whatever that’s acceptable. I know this sounds so unprofessional but there’s a reason why I’ve never thought about becoming an audio engineer. Yup, not even once since young. 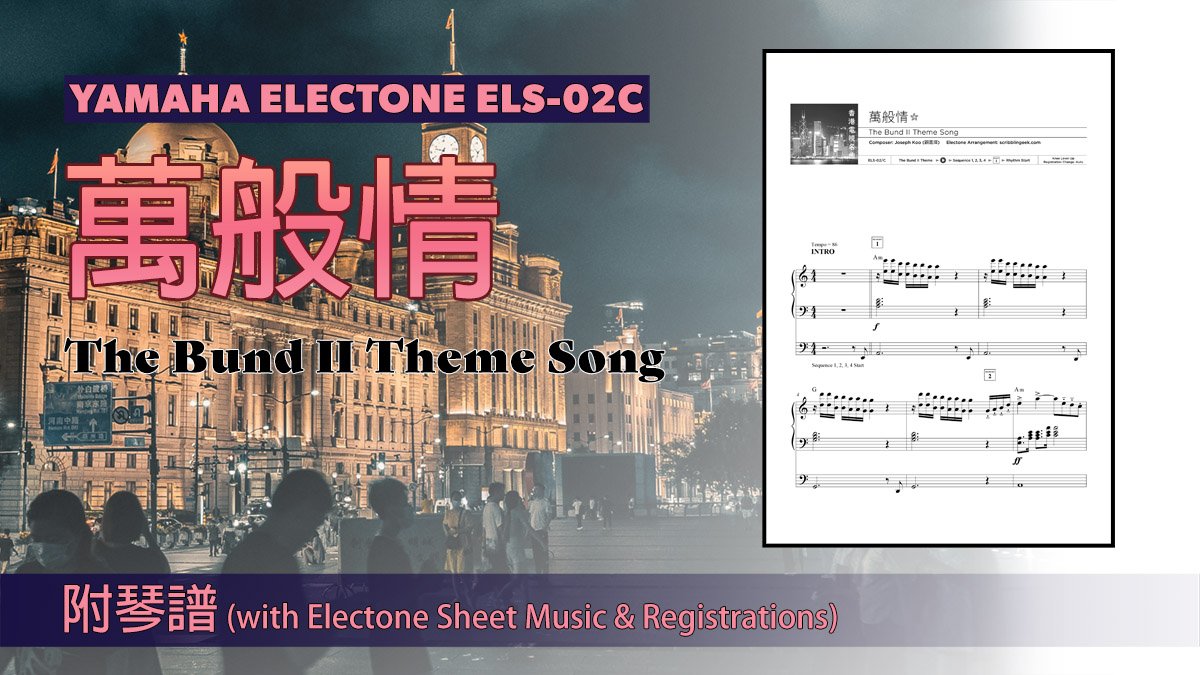