“Gor Gor” Leslie Cheung is the first Cantopop idol I was aware of as a kid. This happened around 1983.

Oh, I was familiar with other Cantopop singers before him. For example, Lisa Wang and Francis Yip. But it wasn’t until 1983, or a year later, that I began to associate Hong Kong singers with the pop genre. Of all the big names back then, Leslie was also the one that caught my attention most.

He was just so good-looking and suave, and cool. His voice and articulation were silkier than dark chocolate. Sheer enchantment with the right songs.

Yeah. But strange thing, though. As much as I love his style, I’m not particularly fond of his songs, outside of 不羈的風 (Bat Gei Dik Fung), 無心睡眠 (Mo Sum Sui Mian), and of course, the title song from A Chinese Ghost Story ’87. Down the road, I also thought of Leslie more as an actor, rather than a singer. This, I suppose, isn’t anything that unusual given his best movies are practically must-studies for any fan of Hong Kong cinema. He was one-third of the legendary trio in A Better Tomorrow, after all.

Moving on, April the 1st 2003 came and I was at work when my mother called with news that Leslie has committed suicide. Like her, I thought it was a horribly tasteless joke, another lame HK paparazzi attempt to “boil water,” or spin a story. And then I realised it was no joke. Seems like, few knew the singer as we thought we all did.

That date is now close to 20 years ago. Without surprise, though, Gor Gor continues to be beloved in the Cantonese-speaking world. Come every April the 1st, paid Cantonese TV channels will screen his best movies. One of his most famous J-Pop covers, the title song for Once a Thief, was recently used as an outro for a trailer for a new TVB special. (Sang by the lovely Chantel Yiu)

Personally, I think Leslie will remain with us for a long time, both musically and culturally. He’ll, of course, always be missed too.

Let me end with a rant of sorts.

If you’ve ever tinkered with the Rhythm Pattern Program (RPP) of the Stagea, you’d know that it’s capable of many tricks and refinements as far as drums are concerned.

In super stark contrast, however, there are barely any programming capabilities for rhythmic accompaniment. The only things you can fiddle with are “Chord 1” and “Chord 2,” and you can do nothing more than sequence simple vampings. Even when paired with Yamaha’s Mega sounds, only a minimal level of playing variation is achieved with these chords.

After which, there is no way, at all, to program Basses, Pad, and Phrases. No way to do your own accompanying trumpets, brass, synth arpeggios, etc. You HAVE to find a way to play these yourself. Or use something pre-recorded with the MDR.

It’s an awful tragedy to me. Not because I expect the Stagea to play what I ought to be performing, but because it limits my options when arranging. Worse, such accompaniment programming capabilities are actually available on older, way cheaper Yamaha keyboards. Long available.

Now, I have something juicy to share. I’ve found a way to do programming elsewhere, then transfer the patterns into the Stagea. I’ll probably be trying this in some arrangements down the road.

It’s a painful process, though. One that is nowhere near perfect. In some ways, it also feels so odd to use a cheaper instrument to program the expensive Electone Stagea. (What’s the logic here?!)

If we ever get an ELS-03, a third-generation Stagea, I do hope Yamaha would gives some thought to this area. 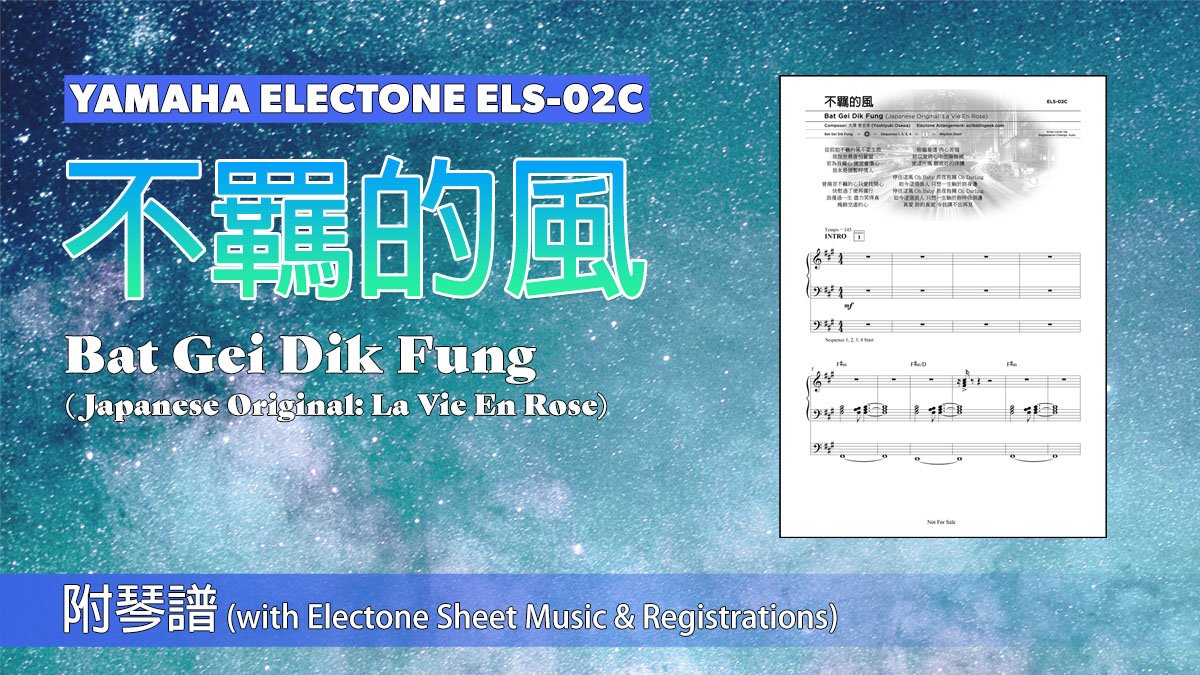