Fort Siloso is one of the oldest travel attractions of post-independence Singapore, but if you ask me, I think it has never been a star.

Though nowadays promoted as Singapore’s “only” well-preserved coastal fortress, I had never once, in over 40 years, encountered crowds near or within it.

When I first visited in the late 70s as a rugrat, my only memory of the place was that it was hot and boring too, and somewhat creepy. In the late 80s, when my secondary school class voted on where to go for a history excursion, not a single person voted for this relic. We ended up going to the National Museum.

Moving on to 2022, the decommissioned artillery battery was gazetted as Singapore’s 74th national monument on Feb 15; the date, of course, the day when British Singapore surrendered to Imperial Japan in 1942. Here’s the truth too. I didn’t visit last Tuesday because of this. I went because I was bored stiff and looking for somewhere different to wander through. I didn’t even know about the gazetting till days later.

As for the visit, it was as I remembered the place. Very warm and humid, desolate, and rather unsettling within the empty underground corridors.

I can’t say I learned anything new too; I know my local WWII history well. On the other hand, sweaty discomfort aside, it was an unusual hour among the barracks and preserved pounders.

I reiterate what I wrote in an old Singapore video game tourist article. This historical site would be awesome as the venue for a real-life survival horror game.

I’ve completely forgotten about this lofty 11-storey tall new attraction! Have to say, it was quite a joy walking among the treetops. The views of Siloso beach and Harbourfront were splendid too.

The Skywalk ends at the higher grounds of Fort Siloso, and because of this, it took me a short while to get my bearings. My memory of entry into the fort was that of the old, winding route from the beachfront.

In the end, I still got everything wrong! I was hiking uphill and trudging up staircases for most of the visit! Visiting tip: check the maps and vicinity before proceeding from the Skywalk. That is, unless you want to include a leg workout in the experience.

What used to be a major Sentosa attraction on its own in the 70s and 80s, is now a part of our 74th national monument. (A delightfully AIR-CONDITIONED part too) It’s housed in one of the previous monorail stations too. Number 5 or 6, I think.

Walking down the short aisle of the Surrender Chambers was thus nostalgic for me in many ways. The motionless statues moreover reminded me of the latest ongoing military conflict: the Russo-Ukrainian War.

I’m not going to discuss that awful tragedy beyond saying, history repeats itself. In my opinion, often to the dot too. I can only pray a Ukrainian version of the Japanese Occupation will never happen.

The Life of A British Empire Soldier

These mini-displays are near the old entrance and surrender chambers. I don’t know whether they are new but I don’t remember seeing them when I last visited the Fort in 2008.

Not much to learn from these too, although I enjoyed them. Never a huge fan of artillery that doesn’t shoot lasers, I found these displays more engaging than the guns. The accompanying narrations were also quirky.

How to Get to Fort Siloso

There are two ways to reach this Singaporean historical attraction.

From VivoCity, take the Sentosa Express and alight at Beach Station. Once there, head over to the bus interchange and ask about the free tram service to Siloso Point. (The last station before the tram reverses direction) From there, it’s a 10-15 minutes walk to the Skywalk. You will pass by the Siloso Point Cable Car Station too.

If you’re using the aerial route, ride all the way to Siloso Point Station. From there, it’s a very short walk to Fort Siloso Sky Walk.

With Sentosa connected to the mainland by the Broadwalk, you can, of course, WALK all the way from VivoCity. (The easier L-shaped route is to follow the monorail tracks to Beach Station, then head to the end of Siloso Beach) If you opt to do this, kudos. You’d do mighty well in an army route march!

Admission to both are free!

Check out my visit to Madame Tussauds Singapore too. The wax museum is, of course, located at Sentosa too. 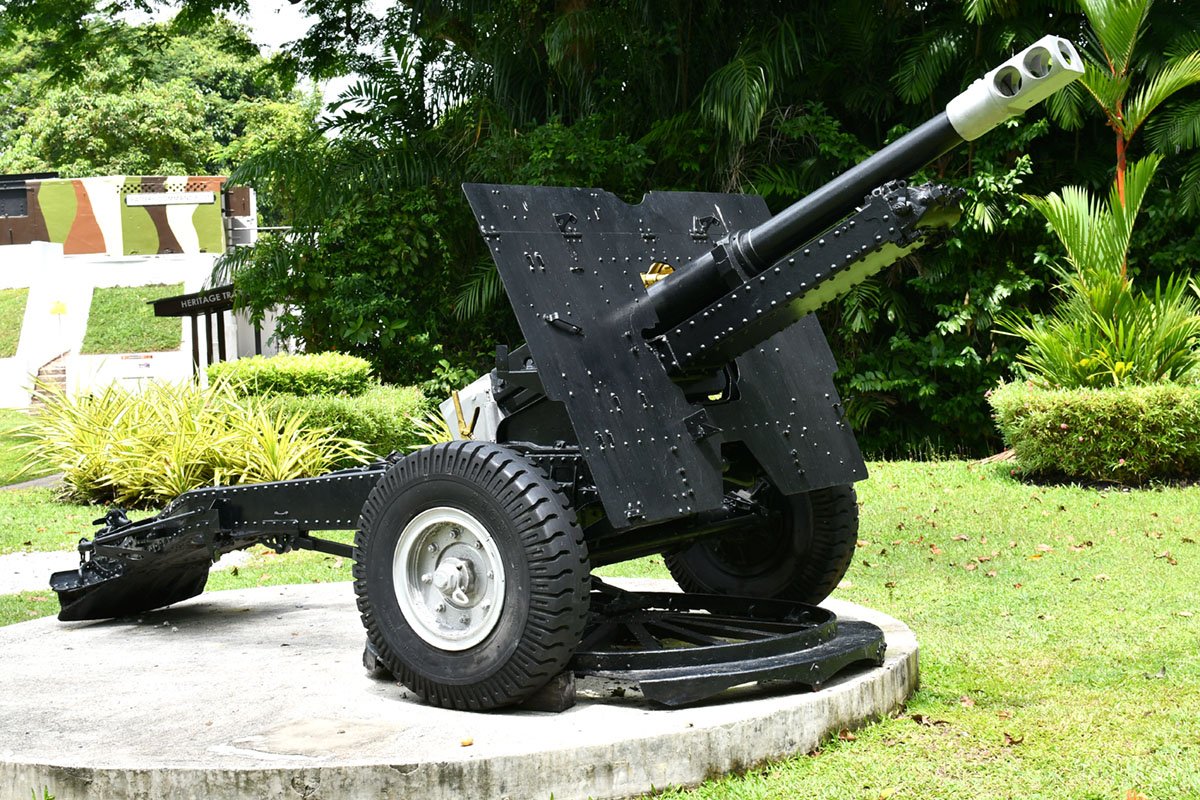