Once again, Tokyo is the battleground of Order and Chaos in Shin Megami Tensei V. Or is it not?

‘Right, long story short. I wanted to do this first impression post on Thursday, Nov 11, but just couldn’t get down to it because of domestic errands.

As I rushed and blundered through my chores, it occurred to me that maybe it’s not that bad an idea to give Shin Megami Tensei V a few extra hours before getting down to a mini-review.

It’s like, this is an Atlus game, after all. A long-awaited sequel to the story-rich SMT franchise too. Going by previous episodes, doesn’t the story always take a while to fully take off?

Well, I’m five hours into the game; would have been more if not for those damned chores! All I can say is, the game is looking great, sounding great, and animating great. The winning game mechanics from both previous SMT episodes and the Persona franchise are fully embraced.

But I jump ahead. And I did say long story short. So let me get to the meat and just present my thumbs-up and downs for SMT V, so far, in point form.

Before I start, allow me to regurgitate what I wrote in my post about Shin Megami Tensei Tokyo locations to visit for fans.

SMT is my favourite JRPG series. I’ve been playing it since 1993. I also bought my very first SMT game on, err, Christmas Eve 1993?

(So salah, as Singaporeans would say)


In other words, I’m well-familiar with SMT gameplay and story developments over the decades. My thumbs-ups are correspondingly influenced by my experiences with the older episodes. Had this latest sequel been my first SMT game, I probably would feel differently about a lot of things.

Demon fusion has always been the heart of the Shin Megami Tensei games, and what has been happening since the 90s is that Atlus would either increase the number of “fusable” demons with each new title or provide more ways to fuse.

But never once was fusion so liberally available for the protagonist. Skills acquisition, yes. Equipping upgrades and a myriad of gear, yes. But fuse the player with the best of Hee-Ho Jack Frost? Or almighty Thor? Maybe even … Lucifer Morningstar?

Not to mention, the ability to do likewise with any stock demon, without losing the chosen demon? A pure upgrade, in short?

This is hands down the best game mechanics enhancement in SMT V. A game-breaker too. Because play it right, and you can easily create a near-unbeatable team.

This is the most noticeable difference from older SMT games. For me, it’s a positive change.

Not necessarily a thrilling change, to be clear, but nonetheless a difference that injects abundant possibilities. With gameplay now significantly closer to MMORPG adventures rather than JRPG dungeon crawlers.

As in, this sequel is no longer a 2D map with separate dungeons to enter. Instead, it’s one huge sandbox full of quests and encounters, and bosses, and so on.

On top of which, the “biomes” i.e. zones are huge! Almost overwhelmingly so! Like MMORPGs with such zones, there is an abundance of tasks to fuss over outside of the main story. Here and there are even platforming puzzles for a peppery dash of variety. (Have to say those made me groan, though)

In all, it’s a different Shin Megami Tensei playing experience. A different world with bits and parts of Imagine and even the two Persona 5 titles thrown in.

After remaining as a dungeon-crawler for three decades, have to say this change just might be what’s necessary to give the franchise a glowing makeover.

I’m a huge fan of SMT game music. And so I felt shivers when I heard demonic vocals ala Nocturne style in the new battle tunes. I also immediately recognised the reverberating chimes used in several motifs.

With Ryota Kozuka and Toshiki Konishi, i.e., two of the composers for SMT IV, responsible for the new tracks, there is a strong musical identity too. What I’m saying is, fans of IV and Apocalypse will definitely find the new tracks familiar and perhaps even nostalgic.

Of course, if you love the music from those episodes, you’d love the new compositions too.

Some background on this, for those new to the franchise.

Over the years, there have been sporadic complaints about Kazuma Kaneko’s SMT demon illustrations being (severely) overused.

There is legitimacy in this criticism. I mean, Kaneko created his masterpieces in the 90s for Devil Summoner. Ever since, the designs have appeared in every main SMT game, every spin-off, and even the Persona games.

Worse, attempts to introduce new illustrations or art styles were seldom successful. Remember Asmodeus and Medusa from Episode IV? How incongruous did those two feel at first sight?

Ermm, how to put it? Atlus is again using Kaneko San’s classic designs. But the good news is, other than enhanced resolutions, the sprites also come with all sorts of unique and quirky animations. Including truly kickass combat techniques. While these improvements aren’t a big deal for, say, Persona players, remember, they weren’t at all present in SMT IV or Apocalypse.

Plus, some classic demons have received makeovers! These are, very noticeably, revamped using Kaneko’s art style. So no more of the above-mentioned discordant feel.

At this point, I’m pleased to say I’m really eager to discover the full list of demons that have received makeovers. From what I’ve seen so far, I’m more or less confident I would like what’s being done too.

There’s a lot that I wish to say about the new story, but let me begin by stating what I like.

There are loads of juicy suggestions and references to older SMT episodes in the first story arc. From the visual resemblance of Da’at to the Vortex World to the astonishing proclamation by Lucifer during his first appearance. (Note: The Morning Star seems to suggest the timeline is that of Apocalypse)

To vague, vague references to “shadows.” We all know where that comes from.

To the whole concept of the Nahobino. Within the stats screens, Aogami is described as the proto-field. (Versus, you know, the Demi Fiend)

These speak a lot to the faithful series fan in me. Made me glad that I played all earlier episodes too.

On the other hand, spicy as these references are, the story is also …

Shin Megami Tensei V: What’s, So Far, Lacking to Me

In a nutshell and without giving away spoilers, the story for Shin Megami Tensei V is an amalgamation of Episode I and III.

It’s the classic SMT premise. One that doesn’t get old because Atlus has consistently built complex sagas around it since 1992.

The problem this time, though. I’m five hours into the game and the story has barely gotten anywhere.

Much of this time was spent crawling through sandy Da’at, doing side quests, and replaying after getting wiped by trash mobs. Meanwhile, the story barely moved inches.

Doesn’t help too that the protagonist is so utterly stoic and emotionless. Now, I know SMT protagonists have always been stony, but after the colourful emoting and dialogue in P5 and P5 Strikers, this no longer sits well with me.

In all, after 5 hours, it’s getting … dreary. (I’m aghast I’m actually typing this)

Of course, I do realise I’m early in the game. The way Atlus games go, the story also always takes a while to take flight. In IV, for example, you need several hours before the “real game” starts.

But still, still! I would have preferred for this lead-in to be a little less dry. And for the protagonist and his friends to at least exhibit more disbelief at their predicaments, rather than embrace the day so casually.

Would this improve down the road? After more biomes/time zones are unlocked? Would the story, overall, pick up speed? Improve in intensity and complexity?

Needless to say, I hope so! I would be making banshee screams if it doesn’t!

Read My Other Games Posts 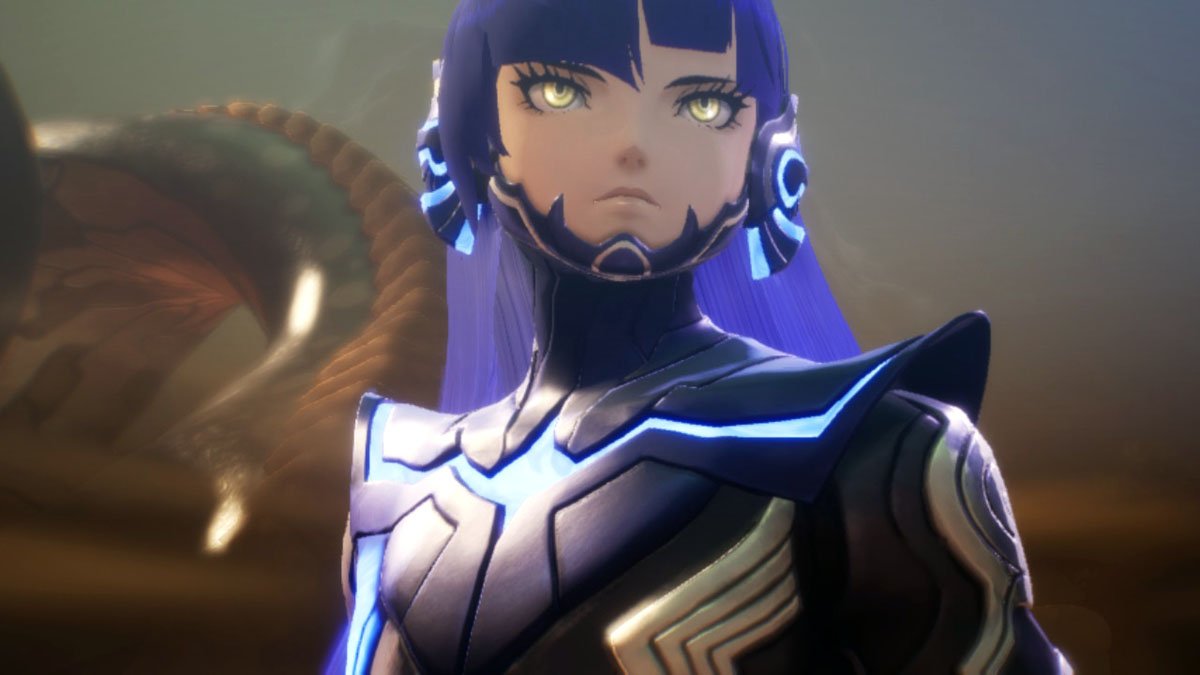