I was hoping for this to happen. And was delighted when news about it came out over the weekend.

I mean, we’re in need of some cheer, aren’t we? Not just because it’s another National Day under the gloom of the pandemic, but also because of all the social conflicts that have emerged over the last few months. These, including the way our national swimmers were dissed. (Truly appalling, the latter)

It’s a good reminder too that despite the ongoing restrictions, Singapore isn’t exactly in a lockdown. While the streets were quiet last evening, the city wasn’t in any way, asleep. There were visitors at all of the following landmarks and historical buildings, all socially “distanced.” Neither did I have any difficulty buying food or drinks.

Anyway, the following are the photos I took last evening. In advance, happy National Day 2021! Don’t let the postponement of NDP and all that get you down. Singapore will still be celebrating her 56th birthday.

National Day Colours and Lights at Seven Landmarks and Monuments

The illuminated monuments and landmarks are all within or near the Bras Basah Bugis (BBB) precinct, this (roughly) being the triangular area formed by Bugis, City Hall, and Douby Ghaut MRT stations.

If you’re familiar with our previous illumination events, you’d surely notice that the chosen landmarks are performance venues of the Singapore Night Festival. On that, let me just say it’s quite obvious the Night Festival is going to be cancelled this year. That makes this year’s National Day light-up again a substitution of sorts, for which I’m glad.

As for the landmarks, they are:

It’s an easy albeit rather sweaty walk from start to end. With the exception of the Cathay Building, the landmarks are also more or less in a straight route. I needed just 90 minutes to finish visiting all seven.

Like last year’s light-up, the illuminations at the National Museum were also the most elaborate. It was the only venue with an accompanying static display too.

While the monuments and buildings are reasonably near each other, there’s still quite a bit of walking to reach all seven. I thus recommend the following approach. 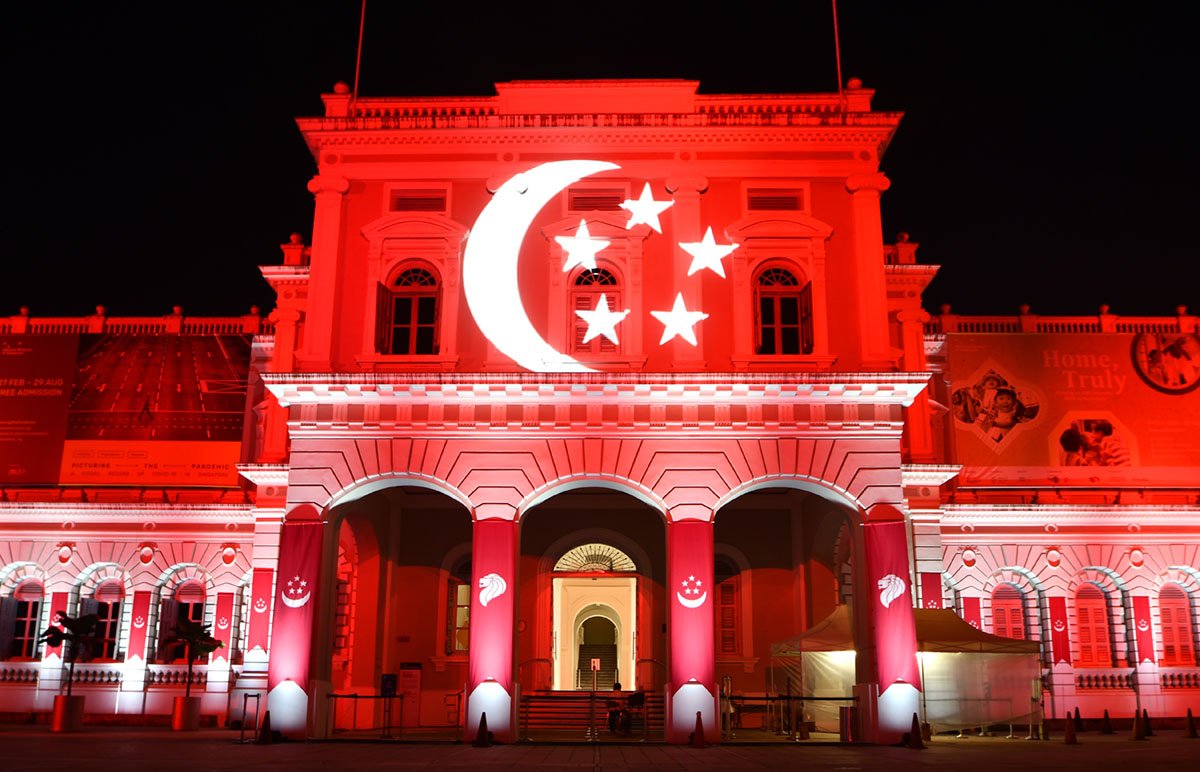