Returning to the snazzy world of the Phantom Thieves with Persona 5 Strikers!

After a year of waiting, I’m finally able to virtually return to Japan, i.e., Persona 5 Strikers is finally released.

A sequel as well as a direct continuation of the original P5 Story, “Strikers” will see the feisty Phantom Thieves travel all over Japan the likes of Yakuza 5. All the way from Okinawa to Sapporo.

There’s also a brand new combat system. No more turn-based combat but frenetic hack-and-slash the likes of Dynasty Warriors and Devil May Cry.

I’m getting too excited. The following is my first hour of play i.e. my first impressions. But before I share those, allow me to introduce the game package.

I decided last year to get the game the moment it’s released. In other words, I wasn’t going to buy the pre-order. Because of that, I didn’t pay attention to the package details. I was thus surprised the cartridge came with freebies.

Persona 5 Strikers. The Phantom Thieves Are in Trouble, Again!

Onto the game proper!

After but ten minutes with it, my firm impression is that P5 Strikers is not just a sequel, it’s a direct continuation of the original game.

There is a brand-new combat system; one with quite a lot of new things to learn, by the way. But other than that, everything from the art style to the presentation, to the music and even the voice actors, is the same.

The open-world (in Tokyo) even has the same shops and landmarks!

But believe me, it’s an intoxicating thrill for a series fan like me. The story itself begins with “Ren Amamiya” returning to Tokyo a few months after the events of the original game. Playing as him, I fully felt his sentiments.

(I keep saying “the original game” because after an hour of playing, I still didn’t encounter any reference to the additional characters of P5 Royal. Given Strikers was released as “Scramble” in Japan together with P5 Royal, I’m assuming Kasumi, etc., wouldn’t be referenced.)

A short note about the soundtrack.

Several tracks from the original game make appearances. For example, Beneath the Mask and Aria of the Soul.

There’s also a good number of new compositions. All were composed or sung in the same style as the previous soundtrack.

I’ll put it this way. I felt lots of warm, fussy feelings on hearing the familiar tunes. The new tracks were also catchy, and subtly, implied a continuation of the first game.

Thus, what I wrote above. Why the game quickly felt like both a sequel and a continuation.

With brutal hordes of enemies charging at you every other second, the new hack-and-slash combat system can get dizzying, Everybody doing their own thing, including spell-casting, additionally means it could be hard keeping track of things.

It’s not unmanageable, though. You just have to get used to activating Personas using the R button, knowing when to “hide,” when to do an all-out attack, and so on.

The stylish finales/showtimes, and how you can dish out unique environmental damage, make most battles a joy too.

Incidentally, the first proper combat scene uses a re-arranged, powered-up version of Last Surprise. I thought it complemented the crazy fight very well! It truly “dumped” me back into P5 action.

That’s it for this first impressions post. I’m currently trapped in the first dungeon and I have tons of shadows to deal with! 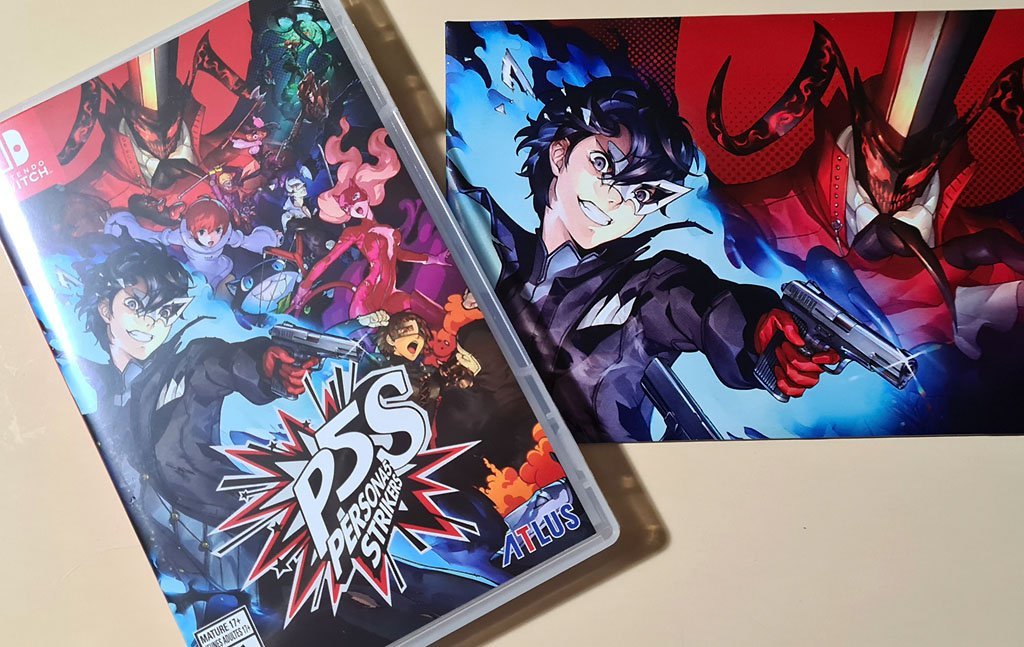