As for background story, bear with me, I went right before catching A Promised Neverland at GV Plaza. Truth be told too, I earlier had no idea at all that there was a café serving modern Greek cuisine at Orchard Central. Not till I saw an advert for it sometime in December.

The big Greek mythology fan I am, I decided right away I must check it out. It’s also been years since I had a proper Greek meal. That doubly made a visit a must for me.

“Street-side” Greek Café, Within a Mall

Orchard Central is, err, long renowned for its rather compartmentalized layout. This café itself is at a corner of the fourth floor, right opposite +Serv.

It also shares its ordering counter and kitchen with Omakase Burger. With there being no big sign for Supergreek beside the ordering counter, one has to keep an eye out for the branded menus. It took me a few moments to determine I was at the right place.

Having checked out the online menu beforehand, I originally wanted to go for a pita plate. In the end, I decided that’s either going to be too much or too little. And so I opt for a proper main course and a dessert.

This was steaming hot and filling, without the beef or cheese being too heavy.

There was also a certain nutty fragrance. (It tasted like Cardamon to me)

It was overall a little too light in taste for me, though, despite a rich later of Feta cheese. The accompanying salad was also quite decisively un-Greek, with its Sesame dressing. Not that I dislike Sesame sauce, but there was too much of an East-West fusion thingy going on there.

My dessert looks messy, doesn’t it? But it was awesome.

Full of honey, nutty everywhere, and in all, not excessively sweet.

In short, I enjoyed this more than the main course. It was also while savouring my final mouthful that I had a, erm, Mediterranean moment.

I was in an air-conditioned SG shopping mall and all that, but it briefly felt like a lively street in the Cyclades.

My Other Restaurant Posts 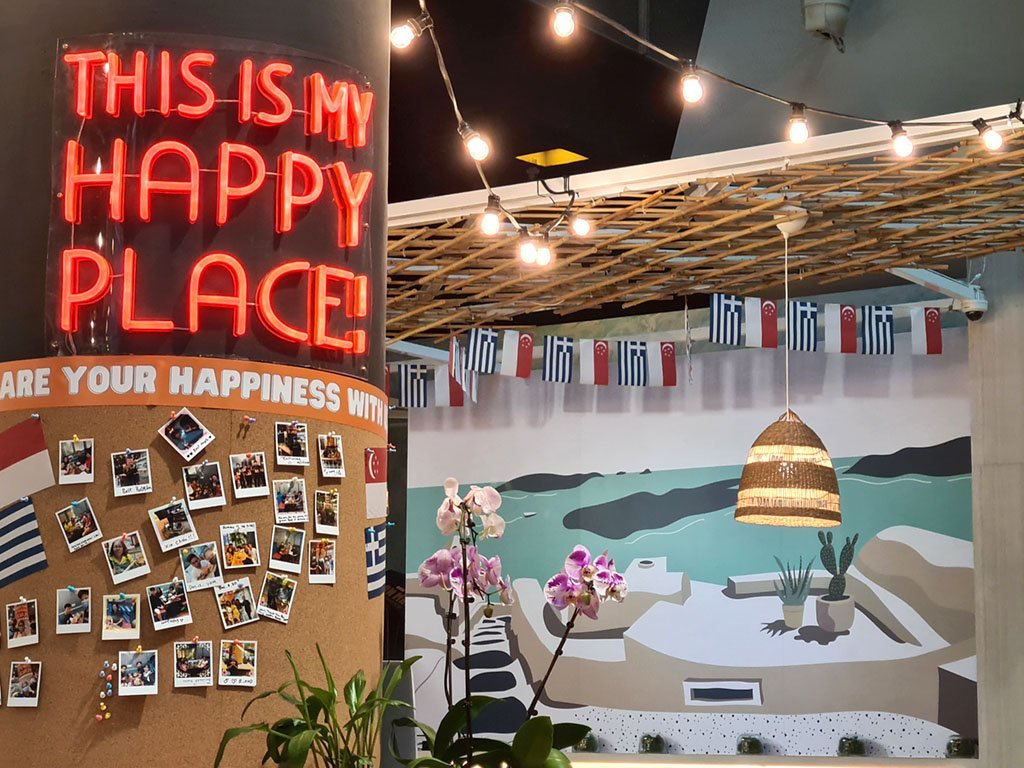