Reliving my love for European hotel trains at Gardens by the Bay’s Once Upon a Time on the Orient Express.

Well, I do. In fact, I love them so much, I take at least one overnight train trip during any Eurotrip. If not several.

In 1998, during my very first visit to the Old World, I took three overnight journeys (One of which was in a six-person booth, truly uncomfortable but unforgettable) During my two-week 2012 spring visit, I did it four times.

Much of this love is, of course, thanks to the Orient Express, which I first read about in lower secondary. Now, I’m sure you’d assume the book responsible for this was Agatha Christie’s legendary whodunnit. But it wasn’t. The book responsible was Ian Fleming’s From Russia with Love.

Intense as Bond’s encounters on the legendary train were, somehow, they planted a lifelong love for European trains in me. Till today, I still regard them as synonymous with romance and adventure.

Long story short, I was truly thrilled when I read about Once Upon a Time on the Orient Express coming to Gardens by the Bay. The whole idea of being able to step into an actual carriage of the service excited me for weeks, to say the least. Goodness, it even made me re-read parts of Fleming’s classic thriller!

Visiting the Exhibition on a Rainy Afternoon

Sounds like a downer, doesn’t it? But hmm, I don’t know. The wet weather vaguely reminded me of my autumn rail journeys in Europe. There was also a vague ambience of mystery.

By the way, if you’re visiting, note that this pop-up event is outside the main grounds of Gardens by the Bay. The tickets are also separately sold by Sistic, i.e., not by Gardens’ ticketing system.

All Aboard The Orient Express!

Wouldn’t go into the details of the temperature checks and briefing here. I’d just say, the staff was prompt and polite. As long as you’re there at your ticket time-slot, you’d be on board in no time.

(Do note, though, what’s on show are actual Orient Express carriages. The steps at the entrances are steep. And narrow)

The History of the Orient Express, Luxury Train Travel, and Trans-Continental Tourism

To go into a bit of history, the Orient Express is not a train but a train service. One that underwent many transformations, and lasted from 1883 to 2009.

Without going into too many details, because I strongly encourage you to visit the exhibition to learn about it, the historically and culturally significant facts about this service are:

Yup, that’s the gist of it. The good news here is in turn, Once Upon a Time on the Orient Express devotes two large halls to introducing these histories, with a slew of relevant artefacts/collectibles on display.

As you appreciate the historical carriage from the outside, you also get to understand the service’s permanent place in history.

Now, if you’ve been keeping tabs on this pop-up-event, you’d know it includes a swanky restaurant. One that features meals prepared by a Michelin chef and with prices to match.

As I’m … decidedly of the coach class populace, I didn’t go for that. Instead, I ended my visit with a light meal at the themed café.

It’s a simple affair. The café is spacious and decorated using the signature blue of the Orient Express. The light meals served were also very European and mid-range in prices.

Actually, I kinda remembered a lunch I had at the café of Paris’ Les Invalides while munching on a Turkish sandwich. If that’s the ambience intended, this café is certainly a winner.

Once Upon a Time on the Orient Express is ongoing till June 13, 2021. Visit this page for more details and for tickets.

Read my other Singapore posts. 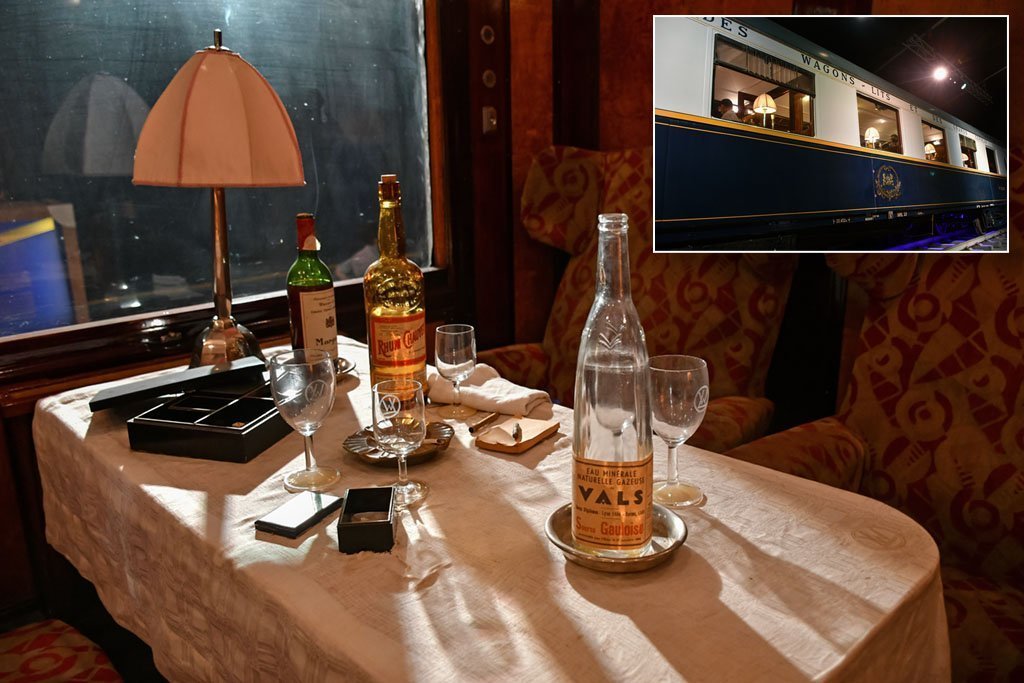