To celebrate Singapore’s 55th birthday, ten historical landmarks in the Civic District will be illuminated in different shades of red and white throughout August.

Red and white i.e. our national colours. Together with other national motifs such as the Five Stars and Crescent.

I had a quick stroll through the district last evening to check these out. Compared to other Singaporean light-ups, especially the festive ones, the illuminations this time are much more solemn. Naturally, not just because of the occasion, but also because the darned pandemic is still hanging over everything.

There was noticeably lesser human traffic too. This made photography a joy, to be honest. But it also constantly reminded that we are still in the midst of a so-called, crisis of a generation.

Anyway … here are the pictures.

(This excursion replaces my usual Singapore Night Festival posts for this year, I guess. If you haven’t heard, that’s cancelled for this year too. Who’d have imagined an obscure virus in some dingy market would have such appalling, international repercussions …)

There was a bit of a comical scene at the National Museum, by the way. There was a small crowd, and everyone was expecting some sort of animated façade projection show.

“Maybe the stars will change. Hahahaha! Or maybe got another logo. Dancing one!”

Going by what I could find on YouTube, there is some sort of animation, though nowhere near the elaborate ones created for the Night Festivals. Anyhow, it didn’t start by 745 pm. And so I left the amused spectators.

For your convenience, in case you’re visiting, here are the landmarks illuminated for #SG55. Incidentally, I skipped one, this being Esplanade Theatres on the Bay. All National Day 2020 illuminations end on Aug 30, 2020.

Read my other Festive Celebrations posts. 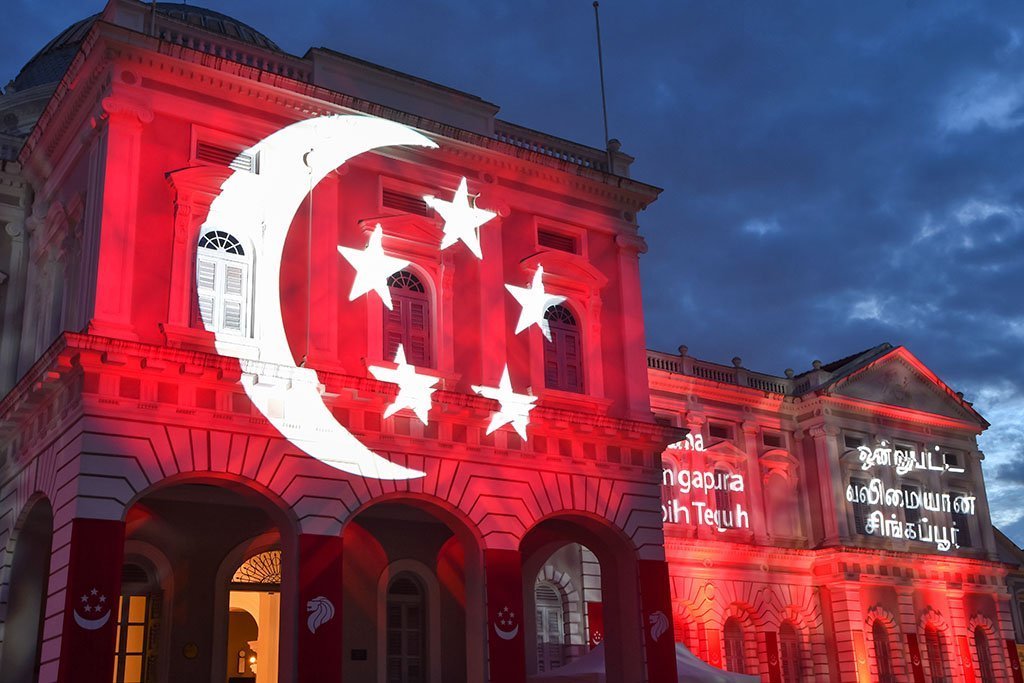