The new Kichijoji zone was what I looked forward to most in Persona 5 Royal.

Like all other zones in P5, Kichijoji (吉祥寺) is based on an actual neighbourhood in Tokyo. One famous nowadays, including with tourists, for its many trendy shops and eateries.

I came to know of Kichijoji from … playing Shin Megami Tensei 1 in 1992, it was the first zone in that classic game. Here’s an unfortunate thing too. Despite the neighbourhood having a certain special place in my heart, I’ve never been there.

It’s not exactly far from Tokyo downtown. By express train, it’s just 16 minutes i.e. five stops from Shibuya. And yet I’ve never once thought about visiting.

Even when I went to Tokyo in 2018 for a Persona/SMT holiday, I didn’t once think about popping by. In fact, I skipped nearby Inokashira Park too because the whole area felt “too far away” from Shibuya to me.

… It’s inexplicable! What was I thinking? The shame!

Luckily, the heart of Kichijoji is now a full zone in Persona 5 Royal. I can at least have a virtual taste of this famous Tokyo disctrict.

All screenshots belong to Atlus!

Kichijoji means “Auspicious Temple” in Japanese, but this is not the temple found at the heart of the shopping district in the game. The actual one burnt down long ago. (In 1657).

Also, the temple in the game is named “Bright Heart Temple,” whereas the one in real-life, at the exact same location, is named “Moon Window Temple.” Why the name change by Atlus? Who knows!

Finally, Kichijo (吉祥) itself is a reference to Kichijoten (吉祥天), the Japanese version of the Hindu goddess Lakshimi. If you’re a SMT player, you’d know that Lakshimi is one of the most desirable healing goddess to get in the series!

Shops, a Darts Club, and an Alley Full of Eateries

The BGM for this club is a new arrangement of “Kichijoji,” the main map soundtrack for the same zone in Shin Megami Tensei 1. Hearing the tune, especially the signature bam-bam-BAM-bam-bam motif REALLY brings back memories for me. (This is not the first time Atlus is nodding to SMT 1 in this way too. The tune was rearranged for many other SMT games too)

Playing darts here with your party members also upgrades their baton pass abilities, making that killer move even deadlier. Playing billiards have combat benefits too, and gives all who are there a small confidant rank boost.

Further on the baton pass, some reviews have highlighted that the upgrade makes normal mode game play far too easy.

I tend to agree. However, having already played the main story twice, I can’t say I mind. I personally prefer the game to proceed faster, especially during the dungeon-crawling parts.

Update Nov 2020: Check out my arrangement of this classic tune!

How to unlock Kichijoji in P5 Royal?

You don’t need to do anything. After stealing Madarame’s heart, Ryuji will propose an outing to the darts club. The zone then unlocks. (Note that not all features will be available right away, though)

Take a look at the following two screenshots. These are Kichijoji from Shin Megami Tensei 1. 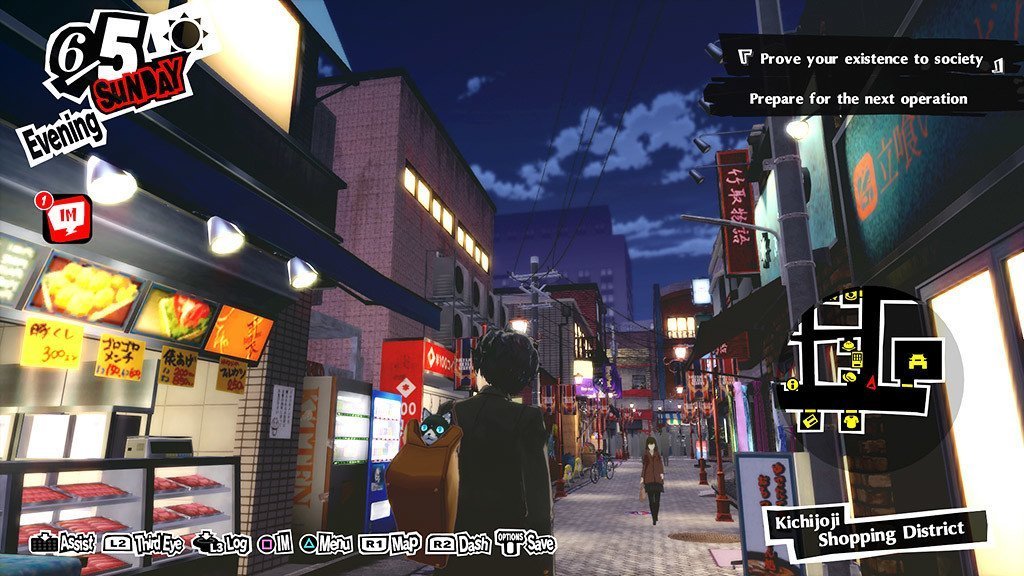