Is it worth revisiting the stylish world of the Phantom Thieves with Persona 5 Royal?

April 2020 is a really dark month throughout the world. But there is still one bright spot. A very bright spot for gamers, and video game tourists.

Persona 5 Royal English Edition is out!

And with that, it’s again time to indulge in the bizarre adventures of “Ren Amamiya,” as well as visit all the events and days left out in the 2017 original.

I bought P5 Royal on release day, and this will be the first time that I’m playing an expanded Atlus game.

Yeah. As much as I love the Persona series, I’ve never agreed with Atlus’ practice of releasing expanded or enhanced versions of their bestsellers. FYI, I bought a cheap second-hand copy of P3: FES five years ago and till now, I’ve never even booted the disc.

To me, the practice of releasing enhanced editions just reeks of lame money-milking. Why couldn’t Atlus release the original at a higher price but with full contents?

Having read the changes implemented in P5 Royal, though, and with the vanilla version still one of my favourite games ever, I decided this might actually be worth it. My mini-review below will thus focus on how “fresh” Persona 5 Royal is for a P5 original player. Is it nostalgic but dreary beyond minutes? Or is it a whole different experience?

Naturally, if you’ve never played the original version, I’d go ahead and tell you to immediately buy P5 Royal. It WILL be one of the best games on your PS4. Possibly one of the best JRPGs you’d ever play too.

All screenshots belong to Atlus, naturally!

To begin with, Wake Up, Get Up, Get Out There has been replaced by Colors Flying High as the opening theme. I … don’t think I’d love this new composition as much as I did for the older one. But it’s still a befitting opening to the game. (And probably would grow on me down the road)

To put it in writing, graphics have (of course) been enhanced. Here’s a great comparison video between the old and the new.

To further go into details, the changes include:

Firstly, there’s a very obvious new battle dialogue segment right at the start, one that introduces a new character.

Outside of that, though, I haven’t encountered anything that feels markedly new. In fact, I originally thought the cutscene depicting the discovery of Kamoshida’s Palace had new cuts added to it. On comparison with the original version, I discovered that was not the case. I guess I have to wait for new events and districts to see the new cutscenes.

So far, I’m in no way bored by P5 Royal. While most of what I’ve played after two hours doesn’t contain anything markedly new, I enjoyed the updated graphics.

As a big fan of the P5 open-world, I’m also looking forward to exploring the new area of Kichijoji. Incidentally, Kichijoji was the first area in Shin Megami Tensei (1993). I’ve never been there in person but as a Megaten fan, the area long felt “special” to me.

The flashy introduction of a new character during the opening casino sequence was also very attention-grabbing. I’m confronted with the question: who on earth is this girl? More importantly, will I still choose Makoto as my waifu with this character in the picture?!

The above said, I have to highlight that my interest is waning with every fight. After all, I did play the original game twice, clocking near 150 hours in those two adventures.

For me to truly dive into P5 Royal, the additional features have to come in quick. So far, they look to be rolling in smoothly, new music and graphics and gameplay and all.

Would this expanded adventure thus end up being an even bigger hit than P5? The way P3: FES was?

At the moment, I kinda believe this will be so.

I haven’t much chance, or mood, to fully delve into the game. But since the above post, my experience with P5 Royal has uniformly been positive.

1. I Gave My Memory Too Much Credit

I thought I remembered the original game well but that turned out to hardly be the case. Not too sure whether dialogues have been reworked or improved, but whatever I’ve read to date felt fresh and hilarious. At the moment, I’ve really looking forward to revisiting all of these “exchanges.”

2. Jose Is Adorable. But Mementos Is Still …

Jose, the new NPC, is as adorable as they come. His shop screen is also breathtakingly beautiful. Man, if I had a son, I would surely paint his bedroom that way.

On the other hand, Mementos is still … … I know a lot of effort had been taken to make it less dreary. Sadly, it still feels like a drag. I’m still rushing to reach the end-areas to get the expeditions done and over with.

3. Confidants Are Easier to Work On

Oh, this improvement is wonderful! Confidants will call you after a meeting i.e. you get another go at a boost. The awkward social creature I am, as in I always pick the worst responses, these calls are invaluable in boosting my arcana. Great change, Atlus!

This is a sly improvement, one that comes with an oh-so-lush Bossa Nova soundtrack.

One look and I knew right away it was Atlus’ way to get players to obsess over trophies too.

“Trophies” in the form of unlockables. The more you play, the more you “complete,” the more things you can stuff into this den. Including very Daz3D like models of enemies, the Metaverse, Tokyo, etc. (Would the fishing spot be available?)

It’s working on me … grrr! During my first visit, I was already feverishly planning what to get and what to decorate with. Looks the case I will be playing Persona 5 Royal far more obsessively than the original! 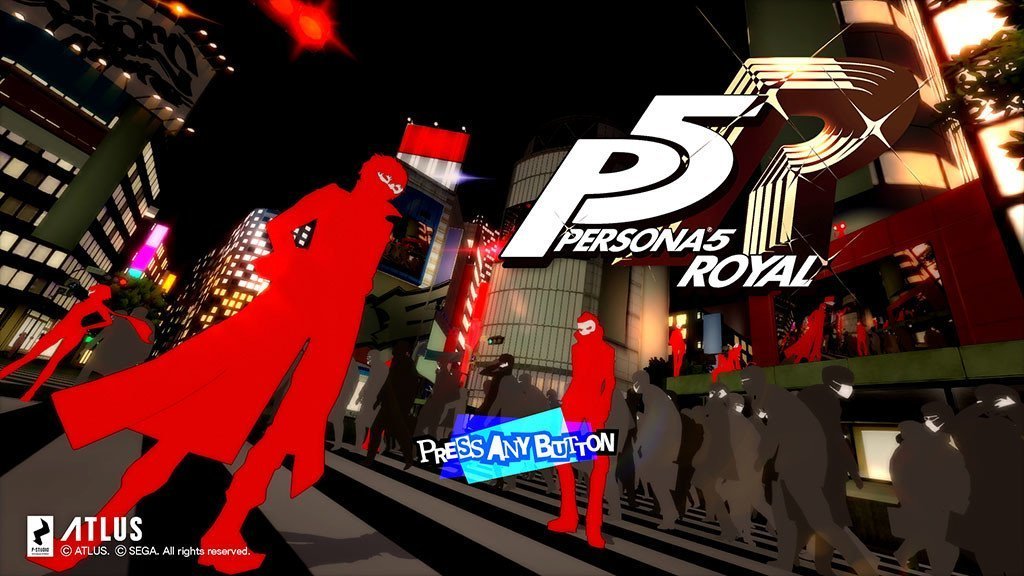 Article Name
Persona 5 Royal: Is This Enhanced Version of P5 Worth Playing?
Description
How “fresh” is Persona 5 Royal for someone who has devoted over a hundred hours to the original 2017 game?
Author
The Scribbling Geek
Share
Facebook
Twitter
Pinterest
WhatsApp
Linkedin
ReddIt
Email
Previous article
Asian Movie Review – Secrets in the Hot Spring (切小金家的旅館)
Next article
9 Gods and Demons of Disease to Fear