In recent years, quite a number of Latin American restaurants have appeared in Singapore. The problem for me, though. Most of these restaurants feature country cuisine, whereas I’m keener for a regional experience. How do I enjoy a mini Latin American gourmet trip, without heading to numerous restaurants and spending a fortune?

Tonito solved this problem for me. Apart from its location within a major Singaporean attraction that I still regularly head to, Tonito’s menu has a bit of something from all over Latin America. A truly baroque offering, if I could put it that way.

And so on Black Friday two weeks ago, while at Jewel Changi to photograph this year’s Frozen Christmas decorations, I treated myself to a leisurely three-course meal at this new establishment. Incidentally, I had another good reason to indulge that evening. I needed to spend 50 bucks in order to gain entry into the festive performances at the Shiseido Forest Valley. Needless to say, that was additional incentive to stuff myself with Latin American culinary delights.

Tonito isn’t large, at least not when compared to some of the Chinese restaurants at Jewel. It does, however, still comes with a cozy terrace area. The bar seats at this area has a direct view of the HSBC Rain Vortex.

The menu was a fascinating read, with me being completely clueless about Latin American cuisine. May I share that I picked up a few new words while browsing through.

I was a little hesitant about ordering Corn Soup. I mean, it’s hardly something you rarely find elsewhere, is it?

But oh wow, it was quite unlike any corn soup I’ve had. For starters, this starter has a far more complex taste, beginning with the tortilla strips. The other condiments were also appetizing partners to the corn flavour. In short, a perfect lead-in to the other yummy delights to follow.

As I waited for my main course to arrive, I googled Aji de Gallina, and learned it’s considered classic Peruvian comfort food.

And how comforting it was! I seldom react well to creamy main courses – I fill up easily nowadays. But despite how it looks, Tonito’s Gallina was in no way too thick or rich. Instead, the slight spiciness added a very tasty contrast to the gravy, which BTW, is also full of cheesy goodness. Paired with garlic rice and fried potato bits, it was heartwarming perfection. A mouthful of subtle, complementing tastes with each spoon.

One other thing to mention, silly as it will sound to you. It was while attacking the Gallina that I had an intense “Together, we are Highmountain!” moment. Yeah, yeah, I know WoW’s Highmountain Taurens aren’t based on the Peruvians. But, I don’t know, the sensation just hit me. And I felt gratified.

While paying for the meal later on, I chatted with one of the staff and he was pleased, and surprised, to hear that I greatly enjoyed my dessert. According to him, some dinners found the Tres Leches too sweet.

It was indeed sweet. Very syrupy as well with the spongy cake soaking up most of the milk-based, erm, base. And yet, in spite of how full I felt before having it, I was able to finish everything. Much of this has to do with the wonderful pineapple compote that was slathered onto the cake. The refreshing tanginess not only offset the sweetness, it offered a different dining texture. The summary of it, the dessert was such a perfect finish to an already wonderful meal. And the invitation card, might I add, for another visit in the near future. 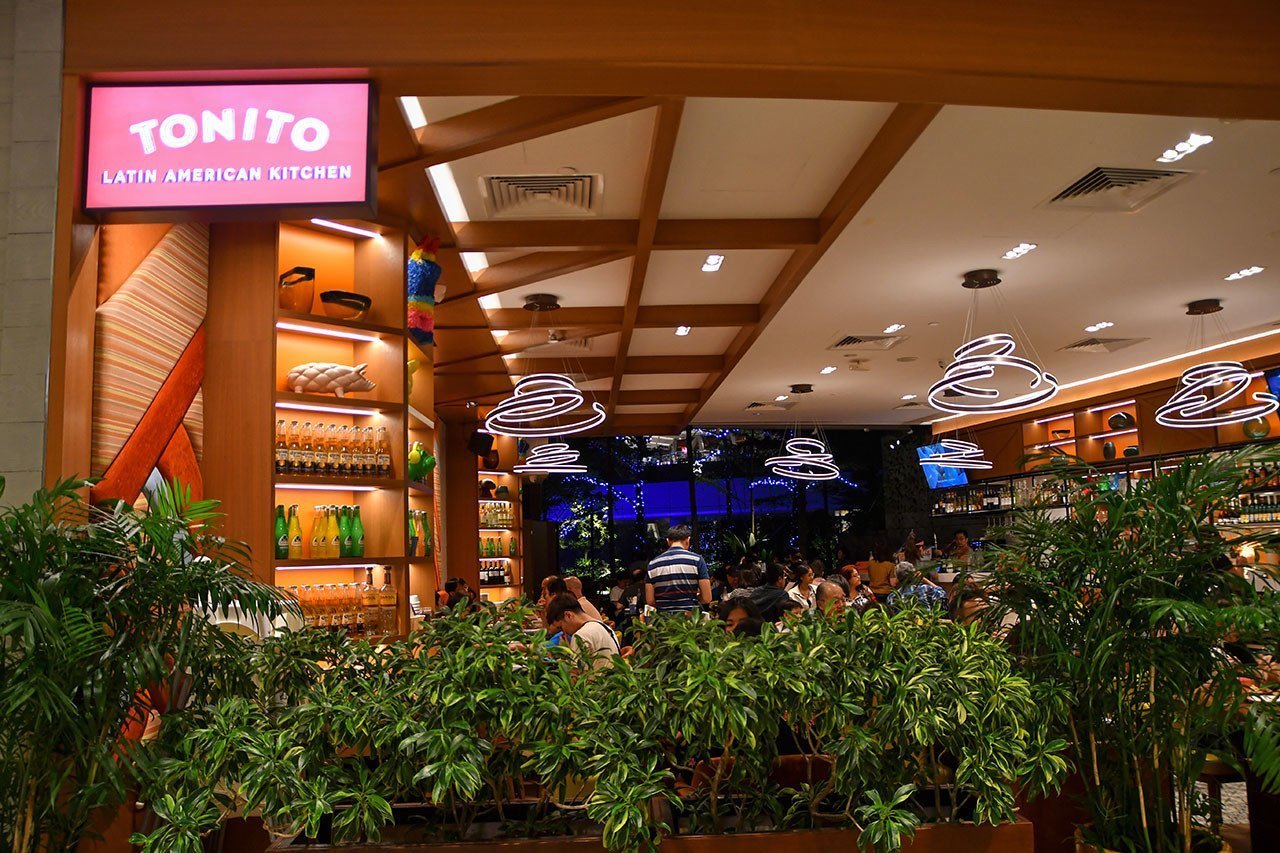