Silly as it sounds, one main reason why I loved those jogs so much was because it was like a one-hour overseas trip. I never failed to feel exhilarated after a run.

I did things a little differently this time around. Because I skipped lunch, I was famished when I reached the area! I thus made a beeline for the cafes opposite Tank Road. Back in 2005/2006, I had dinner at these eateries at least three times a week.

I opted for chicken rice at Feng Feng Hainanese Boneless Chicken Rice. This renovated café is really atmospheric! Those vinyls also reminded me I ought to arrange more Taiwanese songs for the Electone.

By the way, Feng Feng shares the same premises with Teng Kee Seafood. So there’s over a hundred items on the menu, other than chicken rice.

This was one of the main party areas of Singapore in the 90s and 2000s. Today though, the street looks and feels much more, what’s the word, matured?  But there are still some drinking spots..

The main affair and “purpose” of my walk! The lively Robertson Quay entertainment stretch. 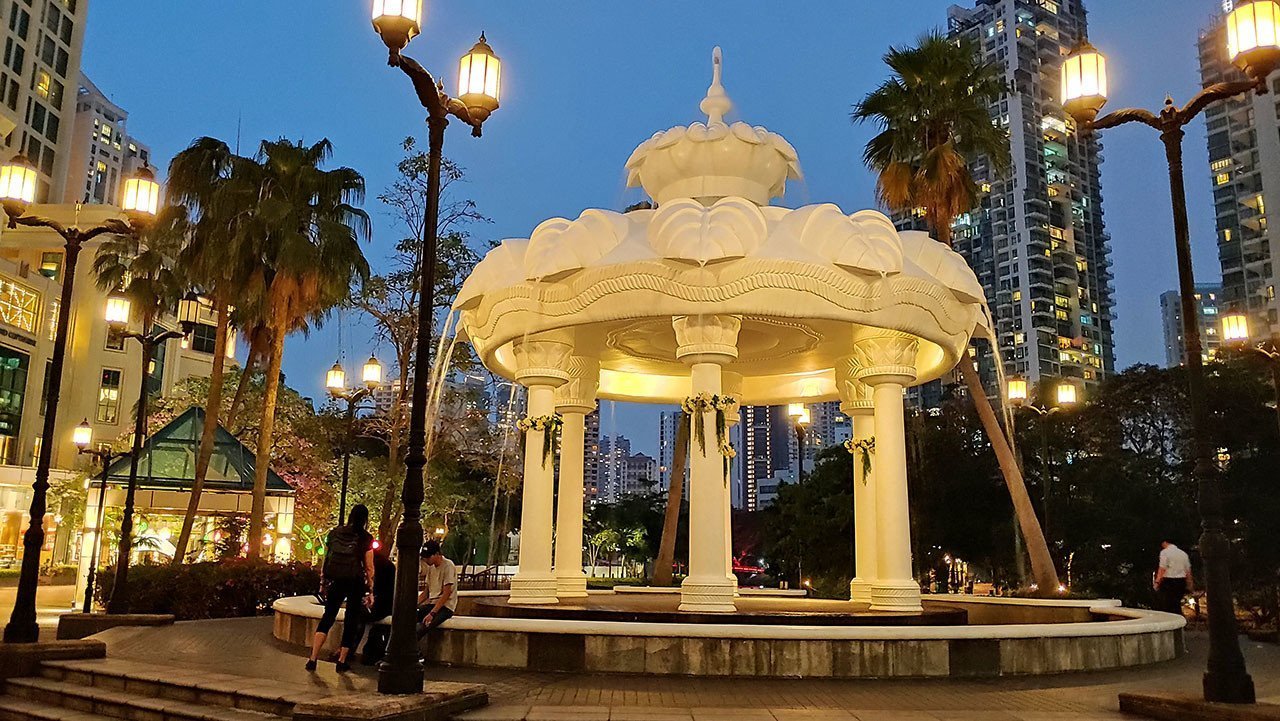