Yakuza deer! A summary of my various encounters with the most powerful street gangs in Japan.

I’ve been sitting on this write-up, the reason being I just couldn’t find the motivation to consolidate the pictures necessary for it.

Until I read about this mini-tragedy two days ago. And recalled I once swore to a certain street lord that I’d help spread his infamy across the world …

The street gangs of Nara and Miyajima! By that, I don’t mean Yakuza or Chimpira hordes, or Kiryu-san from my favourite gangland video game series. I’m referring to the free-roaming Yakuza deer of the two tourist hot spots.

Now, thanks to numerous write-ups and travel videos in recent years, it’s pretty well-known that these little darlings are, well, not exactly docile cuties. They can be nosey, demanding, bossy, and even downright aggressive if you rub their tails the wrong way.

But you know, despite having been terrorised by them numerous times, I still visit Nara whenever I’m in the Kansai region. (And Miyajima if I’m passing by Hiroshima)

Nowadays, I also ensure I pay proper respect when visiting. The trick to avoiding a mobbing is seriously no more than to surrender when expected to. And oh, never, never give any justification for a body-search*.

Do these, and anyone is likely to survive a Nara deer encounter unscathed.

* This simply means never to have dangling, unattended-to bags with you.

Just a bit of history. My first encounter with the Narokukai … I mean the deer of Nara Park, was way back in 1999 during my second trip to Japan. It was … easily the top scare of that trip.

While I had read about it in travel books, I didn’t expect the hooligans to attack so swiftly. I had barely finished paying the senbei vendor when over ten deer surrounded me. In the hysterical mobbing that followed, I dropped my wallet and had to fling the senbei away, Stardust Revolution like, just to get them off me.

Each and every time, I was mobbed in the exact same way by these animal Yakuza lords. The worst episode was in 2006 because while defending myself, I suddenly had the notion I could outrun these street gangs.

What then happened? I discovered within seconds that I’m no sprinter. I also learned that deer certainly run faster, and easier, than puny humans.

Jump forth to 2015, and I’ve learned my lesson well. As I mentioned earlier, the key is to accept that your sole purpose in Nara Park is not to appreciate the temples or swoon over the scenery but to pay homage to all-powerful Yakuza deer.

Do it respectfully. Do it promptly too, and all will be fine. And oh, body inspections are mandatory. That’s only to be expected when entering a gangland stronghold, yes?

In the autumn of 2018, I finally survived a visit to Nara Park without any deer mobbing. (I immediately paid my respects upon entering the park)

The Miyajima Rengo! (宮島連合): The Deer of Miyajima!

Like in any good gangland movie or game, the Narokukai has an eternal rival.

They are the Miyajima Rengo and they are over in, well, Miyajima Island. Compared to their rivals in Nara, the deer of Miyajima are also haughtier, decisively more aloof as well. One coldly ignored me for an entire hour while I photographed the Great Torii Gate at night in 2010.

But don’t be mistaken, that doesn’t mean they wouldn’t be fiery when disrespected. During my latest visit in 2015, I saw a stag single-handedly chased away an entire group of tourists. Simply because the lot was gobbling beef karubi skewers in from of him.

Check out this story about Miyajima Yakuza deer in action! By the way, just to be clear, I love Japan’s deer to bits. Being mobbed by them counts as one of my favourite Japanese experiences!

My other Japan posts. 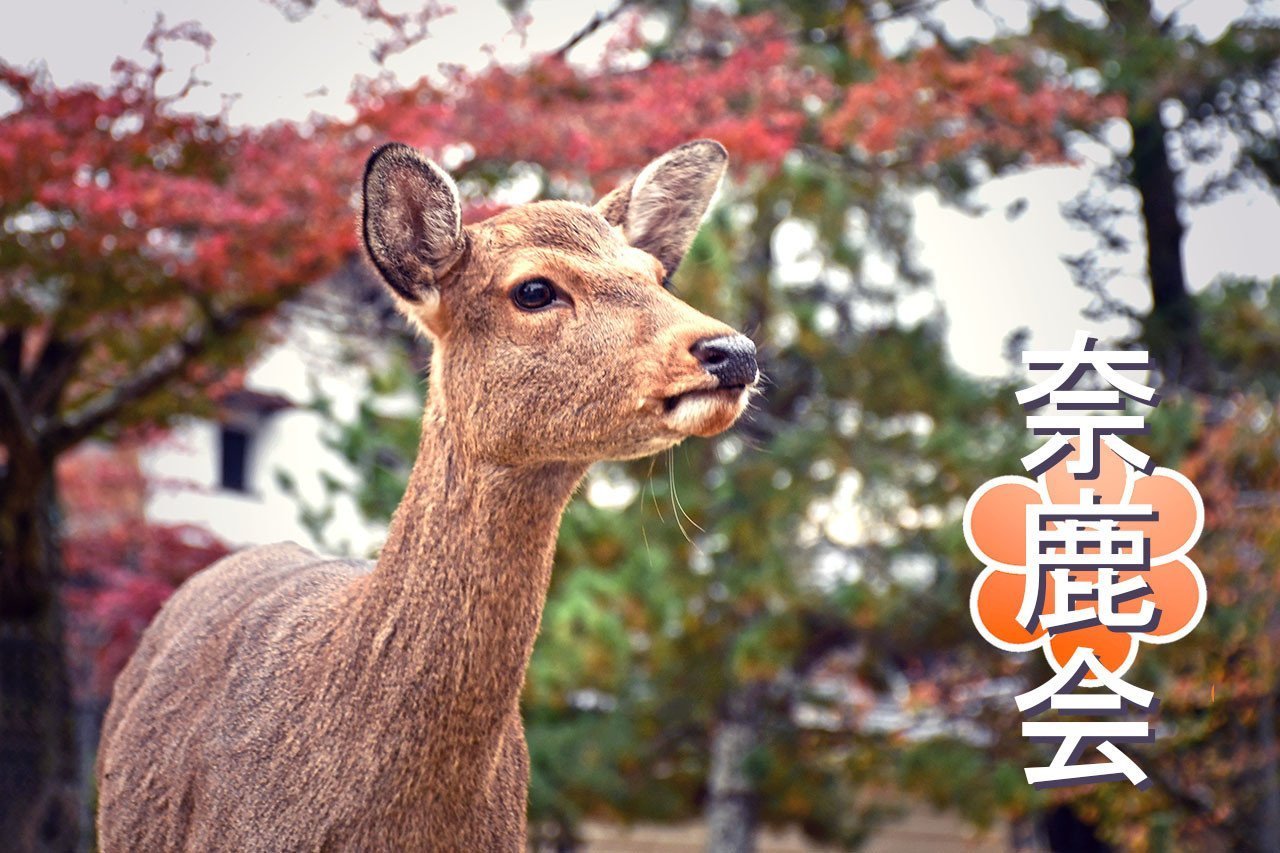