Right. I’ve done up another TVB Cantopop arrangement for the Yamaha Electone. This time, it’s the opening theme song for Hotel (狂潮), the longest-ever TVB drama series outside of sitcoms. It was also the breakout song of Cantopop diva Susanna Kwan i.e. 關菊英

I’m well-familiar with the series, having watched (parts of) it on VCR in the 80s. For the moment though, I’d leave that aside and talk about the arrangement.

Once again, I’m attempting to do a whole song in Organ Flutes, a style that I feel is today, too often neglected in the Electone world. (With the instrument promoted as an “orchestra” miracle for decades)

Maybe my effects setting aren’t right, or maybe I’m just too used to those bright orchestral combinations so frequently used. I’m beginning to think the Yamaha Electone Stagea simply isn’t suitable for such arrangements. Something else, i.e., a preset organ sound, always needs to be mixed in.

In Cantonese, the name of the song and series is pronounced as “Kong Chew.” This actually means raging tide. Wouldn’t that have been a better English title than insipid “Hotel?”

Hong Kong Cantonese dramas have long been popular with Singaporeans, and yes, we used to get quite a dose of them on our free television channels. However, from the early 80s (I think), all series broadcasted on the free channels were dubbed in Mandarin. This was part of the government’s drive to encourage Mandarin as the universal language among all Chinese ethnic groups.

For those of us who prefer the original stuff, the only alternative then was VCRs. Remember those? My family’s first VCR was an Akai, and gosh, it counted among our most prized, our most important possessions.

For hours and hours, we were glued to the magic emanating from it, despite the static, the jumps, and the overall terrible audio-video quality of the tapes we rented. As I recall too, the rental tapes first came with two-hour show lengths, meaning each would contain two or three episodes of a series.

Soon, the duration extended to three hours, or three to four episodes per tape. A 20-episode series like the Condor Heroes ’83 Part 1 thus had five tapes.

In the case of Hotel, this was, what, 100++ episodes? 129 to be exact, according to Chinese Wikipedia. If you do the math based on four episodes per tape, this series required 33 tapes. At a price of three bucks per tape, that works out to be 99 Singapore dollars.

99 dollars. Today, that will get you nine months of Netflix Singapore (lowest tier). Netflix, with hundreds of movies and series, 1080p video quality, and surround sound if you have the right audio setup.

Yeah. 99 bucks. Which was a significant splurge back in the 80s, btw. Which we happily paid, and watched. We paid, we endured the horrific audio-video quality, and we feasted

Years later, we did the same with 季節 i.e. The Seasons. This had near 400 30-minute episodes. (Maa-da, sam-gu-zeh were irresistible)

And years, years, years later, here I am. Middle age and playing the opening theme songs for those money pits using the Electone Stagea. Our obsessions do stay for life. 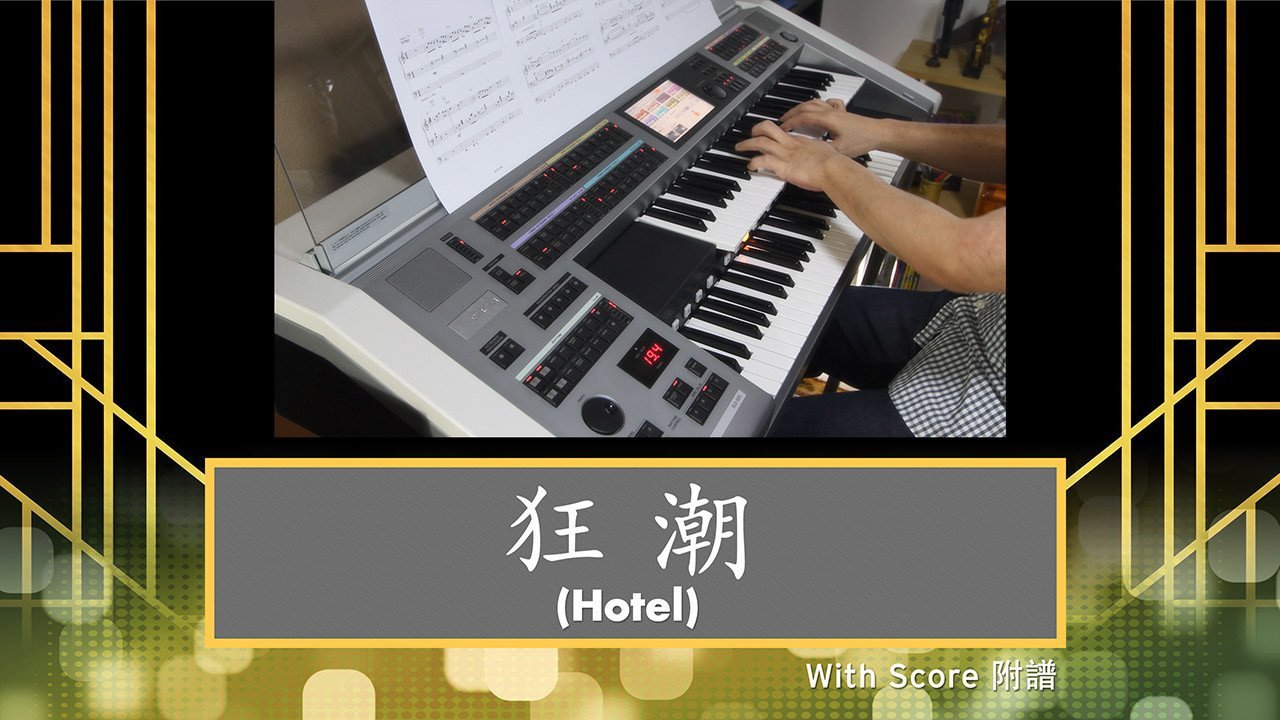