Read about this event last week on Facebook and had been excited about it ever since.

You see, despite having visited Japan well over ten times, I’ve never actually seen any of its famed summer celebrations, reason being I avoid this (hot) season entirely.

Thank goodness, thus, for events like RWS’ first-ever Summer Matsuri, which brings the best of the Japanese summer here. The yummy selection of food aside, showcase performances of Shikoku’s Awa Odori dance and Tohoku’s Kanto balancing meant I could experience Japan’s most exotic summer celebrations right here in Singapore. What’s more, at a sheltered, breezy location.

As I went on opening day, the crowd wasn’t unbearable too; I actually managed to secure front spots for both key performances. It was truly a delight watching the exotic performances so up close and personal. Absolutely thrilling as well.

First off, the food stalls. To be honest, I wasn’t there for these but that was clearly not the case for many other visitors. The culinary selection was pretty decent too, with prices mostly between 6 dollars to 15.

Let’s see. I think I first learned about the Awa Odori in … 1988? When I played Gambare Goemon 2?

I’ve since regarded the centuries-old dance festival as one of the most unique and quirky performances in Japan, even though I’ve never actually seen any in person. I’m thrilled to say the actual dance matches my expectations, on top of being fantastically exuberant.

By the way, the Awa Odori is part of Japan’s celebration of Obon, the Japanese Buddhism festival in which spirits of deceased ancestors are said to visit living relatives in August each year. The same goes for Akita Kanto.

The other major cultural performance of RWS’ Summer Matsuri 2019, this was as spectacular as the Awa Odori was exuberant.

Each pole also weighs a stunning 50 kg. Watching the performance right next to the stage, I must admit there were many moments that were both electrifying and intense. 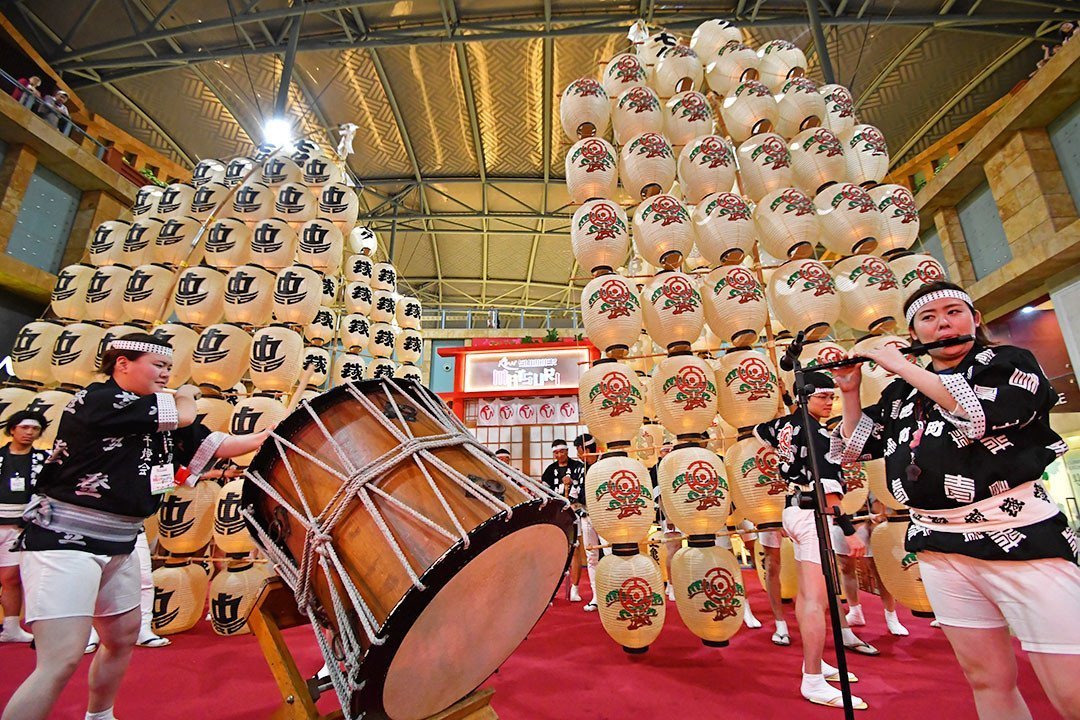