Substory XX! Hunting for a Legendary Yakuza in Onomichi! [The City]

I spent a day trying to find a certain legendary Yakuza character in idyllic Onomichi.

What happened was this.

During my latest trip to Japan, I was loitering outside Fukuyama Castle, undecided on whether to enter, when I heard a most peculiar sound. Something of a cross between a twang and an overzealous strum on an electric guitar.

Turning around to investigate, I was stunned to discover a human-sized cat standing and grinning at me. Had I not been a cat-lover since young, I seriously would have fled there and then. But truth be told, I could also manage no more than to gape at the strange being. I was that shocked.

Turns out, the cat meant no harm. Like me, it was a tourist and what it needed was some sort of assistance. Something about looking for a certain someone who’s legendary for doing a series of … legendary somethings in a nearby town. (The cat spoke very weird Japanese that I could barely understand. All his sentences ended with nya.)

Baffled, but nonetheless intrigued, I politely invited the cat to repeat itself and this time, I managed to work out some details.

The initials of the mysterious character the cat was hunting for were KK and his last known location was but a couple of miles away. The seaside town of Onomichi, to be precise.

Following which, it didn’t take me too long to understand the cat’s actual woe. Being, well, a cat, it wasn’t exactly easy for it to buy a train ticket to Onomichi to hunt for KK. To be honest, I doubt it would even be able to enter the JR train station without creating a ruckus.

Anyhow, I agreed to help; I was getting tired of visiting castles and gardens. Besides, Onomichi sounded omoshinya. I mean, interesting.

With that, off I went on a local train, and 20 minutes later, there I was. Standing at the heart of Onomichi city. My first impression of the town: it was definitely retro in feel, put it that way. But neither was it the complete backwater the cat said it would be. Like many other smaller Japanese towns, the past and the present seem to harmoniously co-exist here too. Both aspects certainly display marked respect for each other.

Now, according to my new buddy the human-size cat, my first clue to the location of KK would be at a certain pudding shop opposite Onomichi Station.

This, to be frank, was really easy to locate, with the vibrant orange-and-yellow canopy outside the shop practically screaming to me. It was while slurping down the oh-so-smooth custard pudding sold there, debating whether I should take home the glass bottle the custard came with, that I noticed the clue I was sent to collect.

It was no more than an enigmatic box actually, but it gave me my first glimpse of the legendary character I was searching for.

Thrilled, I moved on to the next clue. In total, the cat had given me three clues to hunt for in sequence, these being, custard, sea, and rice. With Onomichi being, well, a seaside town, I expected the second clue to be really easy to find. After all, the sea formed half the perimeter of the town.

I was wrong! There and then was also the point where things started to go south. For over an hour, I searched the seaside promenade without finding anything relevant. Everything I saw was unrelated, on top of there being no seashell, debris, or seaweed on the ground that might have given a hint. It was as if KK, whoever he was, had never existed in Onomichi.

I eventually decided I needed to play it smart.

Besides, I was famished! Three milk bottles of custard pudding clearly do not suffice for lunch! Popping into the nearest ramen restaurant, I ordered the first item I saw and slurped away. I nearly choked when in the midst of my much-needed sustenance, I realised KK was disapprovingly staring at me. I walked right into the second clue without knowing. 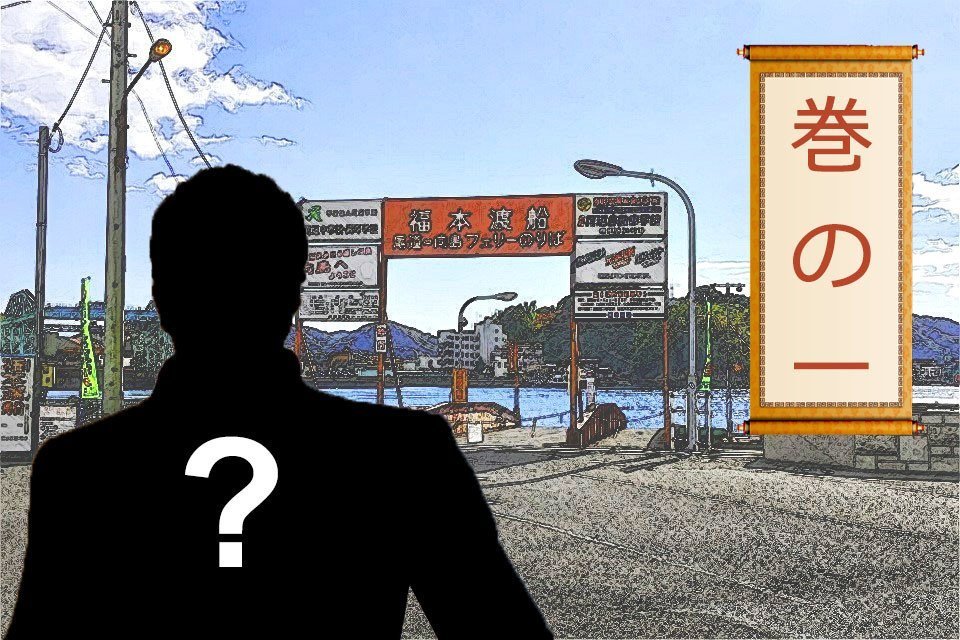