Singapore Airlines A380 Suites review. This luxurious flight on SQ 618 was akin to …. hiking across a valley!

This is the first post regarding my recent Japan autumn trip. I’ll begin by sharing my experience of the journey to the Land of the Rising Sun.

A journey that was a valley hiking experience.

Yes, yes, weird term, I know. But that’s the only description I can think of. As in the whole adventure started on a high note, then got really, really low, followed by what was truly an unpleasant trek back uphill.

Thankfully, it still ended on high ground, so to speak. Now that I’ve gotten over it, I’m able to look back at everything with some satisfaction. At the very least, it was a unique experience.


My header is written in Singlish but even if you’re not Singaporean, I’m sure you can figure out what I mean.

My flight was scheduled for departure at 1.30 am, but by 4 pm the previous afternoon, I was all ready to leave home.

And so at 5.30 pm, there I was, at Changi Airport Terminal 3. I was all ready for the OTP luxury I’ve read so much about since redeeming the tickets. (Yeah, I redeemed, not booked) I was all ready to indulge.


If you’ve read other Singapore Airlines Suites reviews, you’d know The Private Room is a big part of the experience. That is, for passengers flying out of Singapore.

Truth be told, when suaku me first read about it, I was a little confused. What exactly is The Private Room? The restaurant section of the KrisFlyer Gold Lounge? Or … ?

In short, The Private Room is a section within the KrisFlyer Gold Lounge. Or should I say, the section beyond the gold lounge.

This facility is exclusively meant for passengers flying with Singapore Airlines Suites Class or First Class. Not only does it offer restaurant-style seating and service, the lounge area is also larger, I believe, compared to the gold lounge. Correspondingly, the ambience is quieter and more affluent too.

About the food selection: Main courses are served in notably smaller portions. I think the tacit intention is to allow passengers to try different dishes. You are also free to order numerous times.

On the lobster … So I’ve read, this is supposed to be one of the specialties of SQ, and the only thing I can say is, it’s heavenly. So fresh and utterly juicy!

I’m not a seafood fan but this had me slurping up the juices. Definitely one of the highlights of The Private Room and traveling Singapore Airlines Suites Class.

Here’s how I would summarise my pre-flight time in The Private Room:

After a lazy long shower, I made my way to the boarding gate there about 45 minutes before departure time.

It was very crowded, as a large group of (Anime-Perfect) Japanese high-school female students were also taking the same flight back to Japan.

Something embarrassing additionally happened while I queued. An airport staff detected the gold boarding pass I was holding and quickly ushered me to the front. I couldn’t stop mouthing shitusrei as the Japanese passengers eyed me in surprise.

As for amenities, IFE, etc, these have all been well-covered online, given it’s the older, refurbished A380-800 Suites Class that I was flying with. I go through these quickly.

The Bottom of the Valley

Okay, here comes the low point of my very first SQ Suites Class flight. Which you might already have read about if you follow Singapore news.

Before I continue, let me say that frankly, I still do not have a clear idea of what happened. Announcements made vary ever so slightly in details. My work experience with aviation companies and airlines also led me to suspect other reasons.

Around 15-20 minutes before departure time, the captain made an announcement regarding a potential delay, due to an over-fuelling issue. According to him, for reasons of safety, the ground engineers were not approving take-off, which might then result in the necessity of a plane change. Honestly, there and then, I didn’t pay much attention to what he was saying. It sounded like a “routine” thing.

Another 15-20 minutes later, the gut-punch came. Quite unceremoniously, the captain declared that safety checks have failed, or something along those lines. By the decision of the airline i.e. SQ, there was thus to be a plane change. Passengers were to leave the plane and await further updates. Business Class and Suite Class passengers were to return to respective lounges.

Leave the plane. De­-plane. Off you go.

You know, looking back, I remained peaceful throughout the whole “de-planing” because it was so unreal. Since my first flight in 1984, I’ve never boarded a jet, finished a drink, munched on nuts, and be told I have to de-plane.

Miraculously, I even stayed calm after lumbering back to The Private Room and learning that the airline is “looking at” 7 am for the substitute flight. Everything just went south so suddenly I completely failed to react.

One sighting throughout all these that I’d remember for a long time would also be how empty Terminal 3 was after I left the plane. But an hour ago, it was positively brimming with life and happiness. As I stumbled back to The Private Room, the vast complex was slumbering.

To be fair, I should highlight the following too. These probably contributed to my sedated reaction.

At this point, allow me to state that I’m not unaware of how passengers in other classes spent the night, and how they felt about it.

Economy and Premium Economy passengers “rested” in a common waiting area before several boarding gates. While refreshments were provided, I can only imagine how impossible it was to get any sleep. (I couldn’t sleep a wink despite having a room to myself)

I also felt particularly sorry for the long line of drowsy ladies queuing up to use the restroom towards the morning. The night before, all were so exuberant.

In view of the above, perhaps Singapore Airlines could consider, I don’t know, sleeping bags for such situations? It’s an unusual compensation but I think it befits the reputation of Singapore’s national carrier. Such a move would surely be widely appreciated too.

Alright, so much for the downer. Skip ahead. As promised, at 7 am, we were finally able to board the replacement jet. After several rounds of apologies and small talk, we finally, FINALLY, set off.

Two things I must highlight about the half-hour or so before take-off.

* Before boarding, I was also given an SQ branded leather wallet as a sort of owabi-mono. No pictures, because can you believe it? I lost the wallet in Japan! (I think I left it in my hotel at Matsue or Fukuoka.)

(Not to be demanding, but I feel compelled to put this here. Given the new timing of the flight, I thought lunch would be served. However, it was still the Sleeper Service menu i.e. no dessert)

Putting aside the delay and all that, I think I’d also summarise the whole Singapore Airlines Suites Class A380 sleeping experience as … surreal.

This will sound trite to people who can sleep on planes. But for a fussy sleeper like me, I’ve never in 34 years managed more than 30 minutes of continuous sleep on a plane. Not even in business class. This is because I am constantly aware of the presence of strangers around me. I snap awake the moment a cabin crew walks past me.

Not so this time. Lying there in my sleeping suite, I actually felt a little creeped out. It was so quiet and secluded. There was almost, almost, no difference to me being in an actual hotel room by myself.

To share a little more, the rest of the flight was incredibly pleasant too. For once I did not, at all, check the flight progress/route on the IFE system. You know, what you constantly do when you can’t wait for the plane to land?

Not to exaggerate, but I briefly closed my eyes after watching Sakamichi no Apollon, and was woken up minutes later by a soft bump. Oh gosh, we have landed at Kansai Airport. Oh gosh! All me things and freebies are still scattered about. I haven’t even packed!

Indulgent but still not quite what I expected for my first luxury flight, no thanks to the delay. But oh well. As the Japanese say, shoganai. 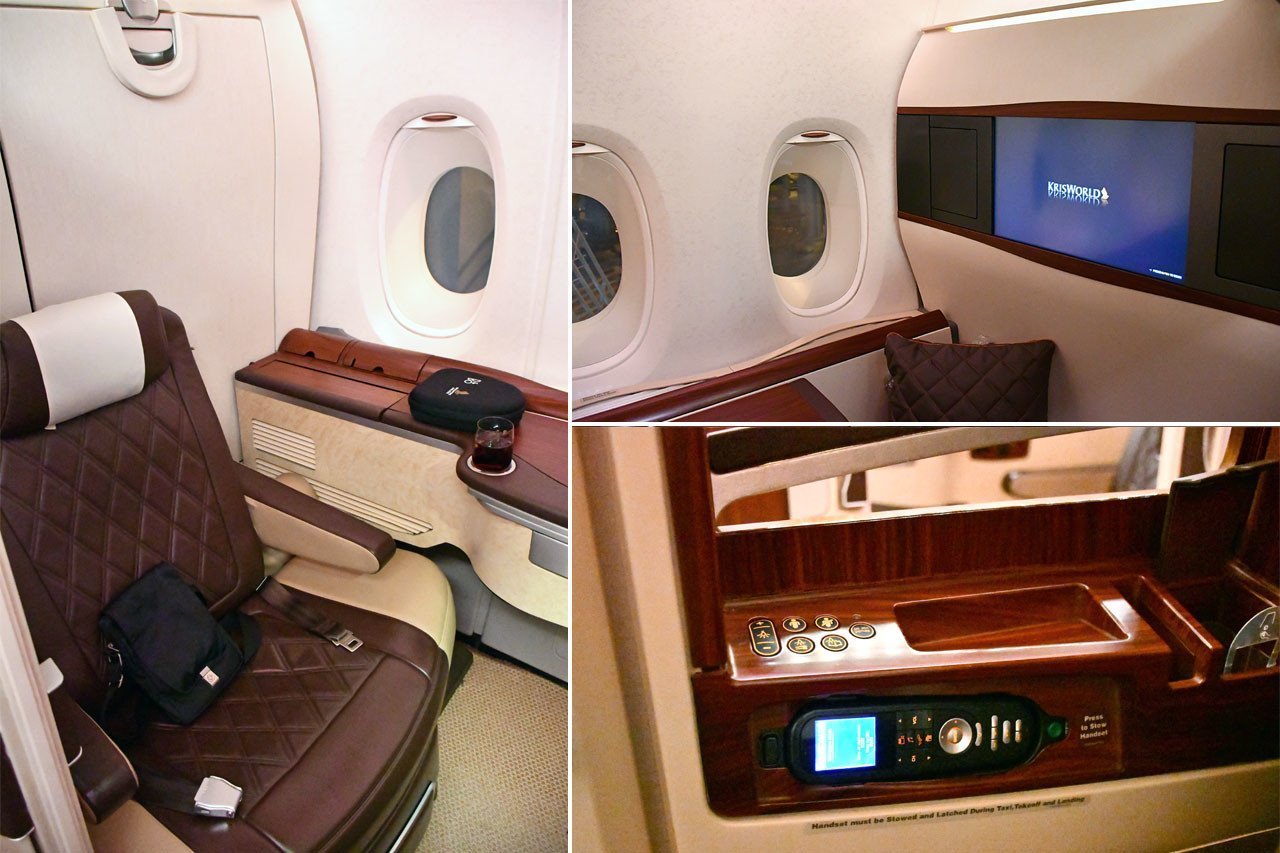 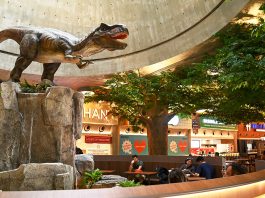 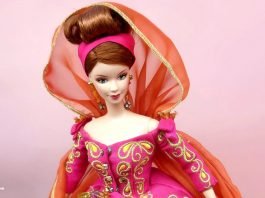 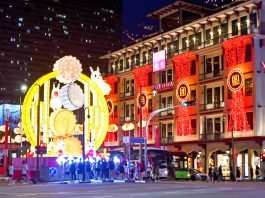