(This post is for the purpose of getting something out of my work-list. Something I’ve been sitting on for months. As in, the below screengrabs were made over half a year ago.)

Xuan-Yuan Sword (軒轅劍), previously known in English as Heavenly Sword, is one of the anchor franchises of Taiwanese game manufacturer Softstar Entertainment Inc. If you’re familiar with the Taiwanese market, this turn-based RPG series was huge in the Chinese gaming world during the 90s and early 2000s.

A regular award magnet at Taiwanese competitions, the Xuan-Yuan Sword franchise also represented the best of what Taiwanese producers had to offer, be it graphics, music, or story. At the same time, the franchise was noted for its heavy integration of Chinese imperial history into plotlines too. DOMO Studio, the developer, strongly believed in video games as an effective medium for raising historical awareness among the Chinese people.

As for me, I loved the series for their poignant stories and Chinese-inspired BGM soundtracks. In fact, I still considered Xuan-Yuan Sword 3 and Xuan-Yuan Sword 3: The Scar of the Sky to be among the best RPGs I’ve ever played.

Sadly, beginning from 2006, it became increasingly troublesome for me to get hold of the latest releases; Singapore near completely stopped selling Taiwanese games. (They also weren’t available on online platforms like Steam back then) Aggressive software protection and language issues also made installation and gameplay incredibly frustrating.

In 2013, I pestered a friend traveling to Taipei to buy a copy of Xuan-Yuan Sword 6 for me. My friend agreed and thereafter, the UNWRAPPED box sat on my shelf till April this year. Somehow, I lost interest in what was once, my favourite Chinese game series.

Just thinking about what work was necessary during the installation process kept me away.

There are other reasons as to why my interest in the series waned.

Firstly, my fluency with Traditional Chinese script sharply declined after I stopped reading Wuxia and Taiwanese novels over a decade ago. It has worsened to the extent I can barely survive 10 minutes in a Taiwanese game without having to refer to the dictionary. You can imagine how annoying and disruptive this gets.

Secondly, and it pains me to say this, a variety of industry reasons hampered the growth of the Taiwanese gaming market. Reasons such as rampant software piracy. These challenges greatly affected the Xuan-Yuan Sword series too, the result of which, in my opinion, is that even the latest episodes are incomparable to Western and Japanese counterparts.

I’m not saying they got downright terrible. The latest releases just look, sound, and play a little dated.

Coming back to Xuan-Yuan Sword 6, overall, the game still plays fine, although the combat system does get rather repetitious and tiring. Graphics-wise, I’d give it a 6.5 out of 10, perhaps a 7 for some segments.

While there’s nothing very wrong with the sprites or backdrops, overall there just isn’t that “oompf” found in other games from 2013. Games such as Bioshock Infinite. The graphics are adequate if you looking for something very oriental or very Chinese, for a change. But if you’re looking for something to blow you away, well, this game is sadly unlikely to do the job. 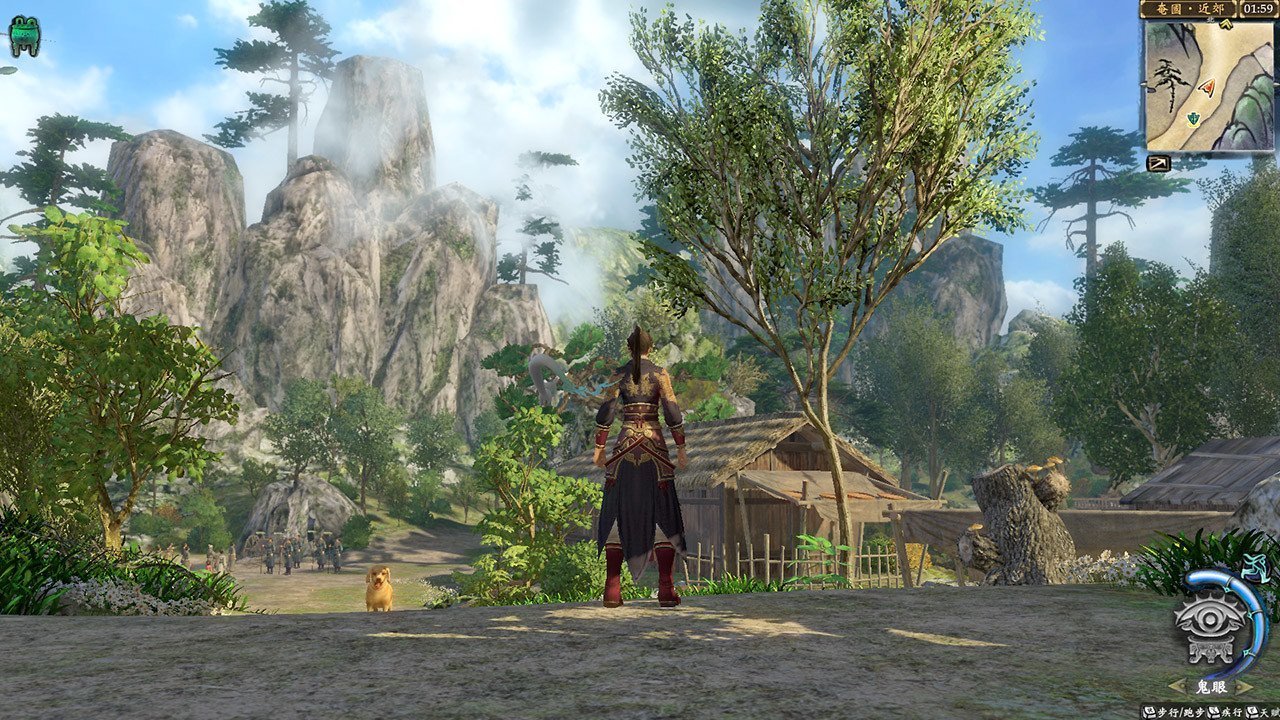