A lovely half-hour at the whimsical An Evening with The Little Prince exhibition.

To begin with, this lovely exhibition at the Singapore Philatelic Museum isn’t an exclusive event of Singapore Night Festival 2018. The exhibition’s been on since June and will continue till March next year. (That is, under its usual name of The Little Prince: Behind the Story)

With several museums in the heritage district opened till late for the night fest, though, the exhibition was temporarily “rebranded” to “An Evening with The Little Prince,” or something along those lines.

I have to say too that visiting the exhibition at night somehow added an additional layer of magic to the displays. Despite the crowds, I greatly enjoyed the exhibition. I’m also greatly encouraged to reread the novella, some parts of which I’ve long forgotten.

The Little Prince at a Stamps Museum?

Let me get this out of the way. If you’re wondering why on earth there’s an exhibition about Le Petit Prince at a stamps museum, it’s because the author, Antoine de Saint-Exupéry, was a French mail pilot.

This, by the way, is what I love most about the Singapore Philatelic Museum too. The museum goes to such imaginative lengths to conceptualise interesting exhibitions. It is never just about boring old stamps over there.

Background. The Little Prince is today, one of the most translated novellas in the world. First published in 1943, it tells the story of an extraterrestrial prince visiting different planets, the last of which is Earth.

During his brief stay on our world, he befriends a pilot who has crashed into the Sahara Desert. As the pilot struggles to repair his plane, the prince shares the bizarre details of his life and journey.

A strange, wonderful, many-layered tale critiquing life and the human psyche, The Little Prince is one of those magnificent literary masterpieces that could be enjoyed again and again on so many different levels. If you haven’t, I do strongly encourage you to read it.

Up Close and Personal with Iconic Characters from The Little Prince

Right, onto the actual exhibition! The most charming attraction of An Evening with The Little Prince is undoubtedly the art sculptures by French artist Arnaud Nazare-Aga. In short, his exquisite handiwork wonderfully brings to life the most memorable characters of Saint-Exupéry’s magnum opus.

You can visit An Evening with The Little Prince during the next weekend of Singapore Night Festival 2018 i.e. from Aug 23 to 25. After which, I guess, the exhibition reverts to its day form of The Little Prince: Behind the Story. The latter ends on Mar 17, 2019. 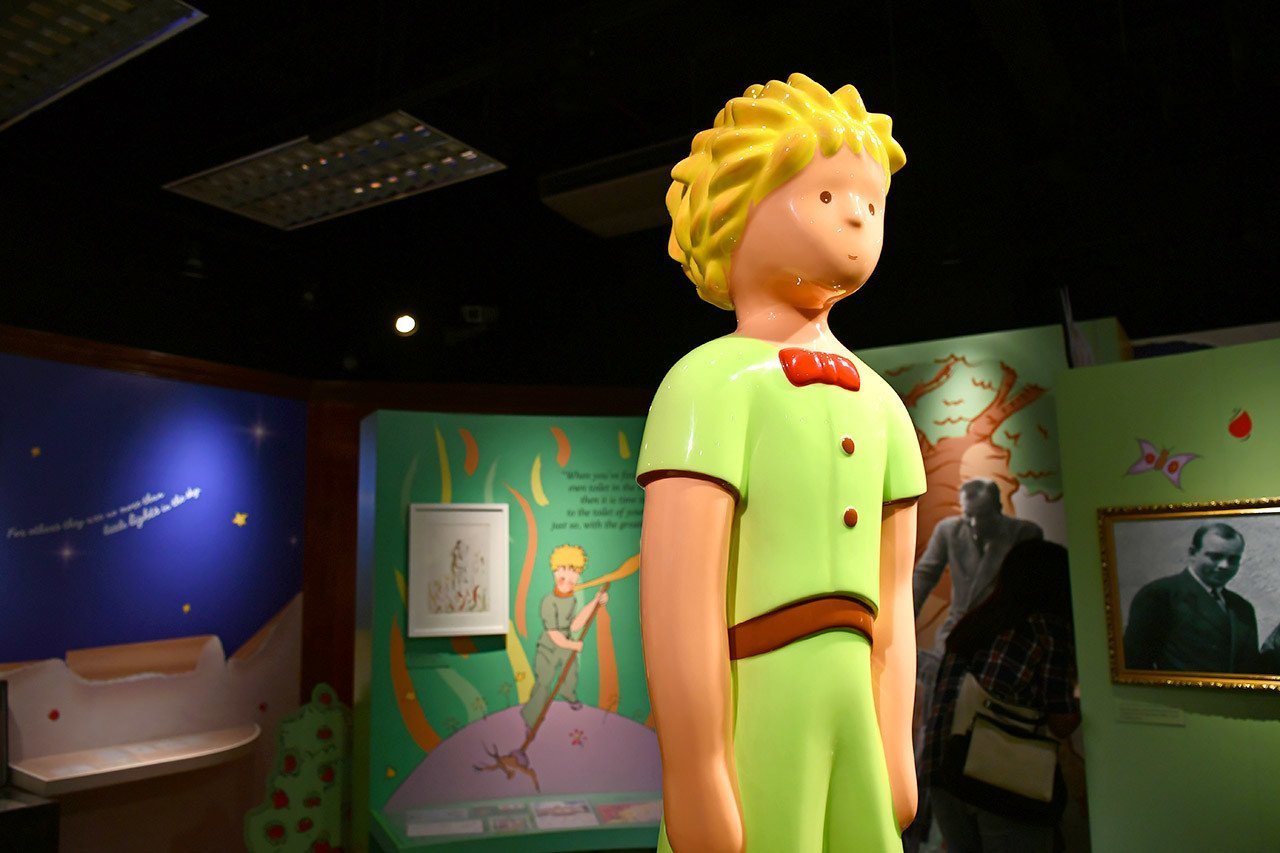