How could a major tech company provide such atrocious subscription and billing support?

Wanted to work on several snappy movie review posts, in addition to churning out a new video game tourist write-up.

All are on hold now no thanks to a subscription and billing issue I uncovered on Saturday evening. A recurring payment error that, unbelievably, ended with me instantly losing all access to my graphic design and photography software.

To go into details, the outrage involves the subscription I have with a certain world-famous company. You know, the one that created the industry-standard software capable of transforming the ugliest of photos into NatGeo quality masterpieces? The software suite practically all graphic designers in Singapore are dependent on too?

The following was what happened on Saturday night. To keep things digestible, I’ll present the billing support chat I had with a representative of that company in point form.

What did I then do? I immediately logged on to the 24/7 billing support chat channel, of course. Word of warning, the tale is convoluted from this point onward.

WTH?! Wait. The best part of this subscription and billing outrage, error, miscommunication, whatever, has yet to happen.

His suggestion was reasonable, except, would you do it if in my shoes?

Before me was an inexplicable billing error with no clear indication of when refund would be processed. I also received no decent explanation for the error; I was simply told it was all due to a “glitch.”

And there he was, as in the agent, suggesting that I pay another couple of hundreds of dollars to reactivate the service.

The fracas ended with me literally yelling in caps over the chat. And the agent coolly removing the second subscription i.e. instantly terminating all my software access.

Yesterday evening, I received an email informing me that refund has been “initiated” and that it would take so-and-so number of working days. After the giddying billing support chat, I have to say I don’t remotely feel assured.

I don’t feel assured AT ALL because of the following observations too.

At the risk of sounding discriminatory or demanding, I had the distinct impression from the start of the chat that the billing support agent did not have the knowledge or the skills necessary for resolving my situation. On top of which, he doesn’t understand English very well. It took quite a while before I was confident he had a grasp on what I needed. This was not helped by his occasional baffling questions. For example, asking me for a phone number when I was doing a pc chat with him. Or asking me for an error message when I queried why I could still access the software suite after he (first) claimed he had removed all subscriptions.

The whole experience was appalling, to say the least.

It was also terrifying. Apart from the questionable support, this is a major tech corporation we’re talking about. How on earth did they screw up a simple process like a subscription? An error that would have gone on for months, had I not discovered it?

I went to bed with a really bad migraine that evening.

Oh, I’m sure they would say a loud “YES!” I’m sure many would have lexicons of corporatespeak to paint the most positive picture too. On the other hand, my experiences with banks, telcos, certain government boards, AND software companies say otherwise. These experiences tell me a truly grim situation.

A grim situation that looks to stem from the fact that the task of post-sale support is so often outsourced to a third party. A third party, in another country halfway across the globe.

To be blunt, I was not clueless to the fact that I wasn’t even speaking to an actual staff of the software developer; I was speaking to someone from a call centre via online chat. Such service personnel are, more often than not, barely trained too.

Frequently, it also the case that they have not been properly briefed on the likely situations they would handle, or given the instruments to correct whatever errors they might be presented with. This then creates incredible frustration for customers like me from the very first moment of contact. Frustration that swiftly exacerbates situations to boiling point.

Worse, many such third party service personnel are overworked and overburdened. Borderline exploited, so I’ve read. Objectively, one wonders how keen they are to truly help with your crisis.

The summary, it’s tragic. No, I should say it’s disgusting.

It’s doubly disgusting because I have dealt with one-man Ebay merchants, freelance artists, and home cellar sellers who could instantaneously right a billing error without me even having to explain everything. In those incidences, I was also assured of refund or correction within minutes. The whole experience is a breeze.

Now, the large corporations would defend themselves by saying they operate on a different scale. They have corporate guidelines to adhere to, governance to observe, blah blah. Thus the protracted timeframe and process. But seriously? They can’t do what a one-man show is capable of doing despite their exponentially larger resources, both in terms of manpower and money? I find that very, very hard to swallow.

To be blunt again, it all looks to me to ve a case of disinterest. These corporations are eager to dump the touchiest aspect of their sales onto another party. And leave it as that.

It’s so tragic and disgusting.

Let me conclude by saying that this is also the reason why I do not support a totally cash-free society. You know, what’s being pushed for nowadays in Singapore. There is just no proof operators have the heart or the devotion to the quality backend human support necessary for the health of such systems. Everybody’s mentality seems to be, let’s leave it to the machines and the (cheap) call centres.

Under such mentality, woe to you if you require any level of technical, subscription, or billing support that’s beyond “I heartily apologise for the inconvenience!” Woe to you doubly if you lack the means to pursue a matter beyond a call.

You’d be forced to wait days and nights for something elementary to be done. Only to discover, shit, it gave birth to another error! Oh no!

The refund process went smoother than I expected; am highlighting this to be fair to the software developer involved. On Aug 7, I received an email notification that the process is completed on their end. By the next day, I could see the amount in my credit card statement. Have just double-verified and for the moment, everything seems fine.

Have reactivated my subscription, of course.

Back to work! Gah! 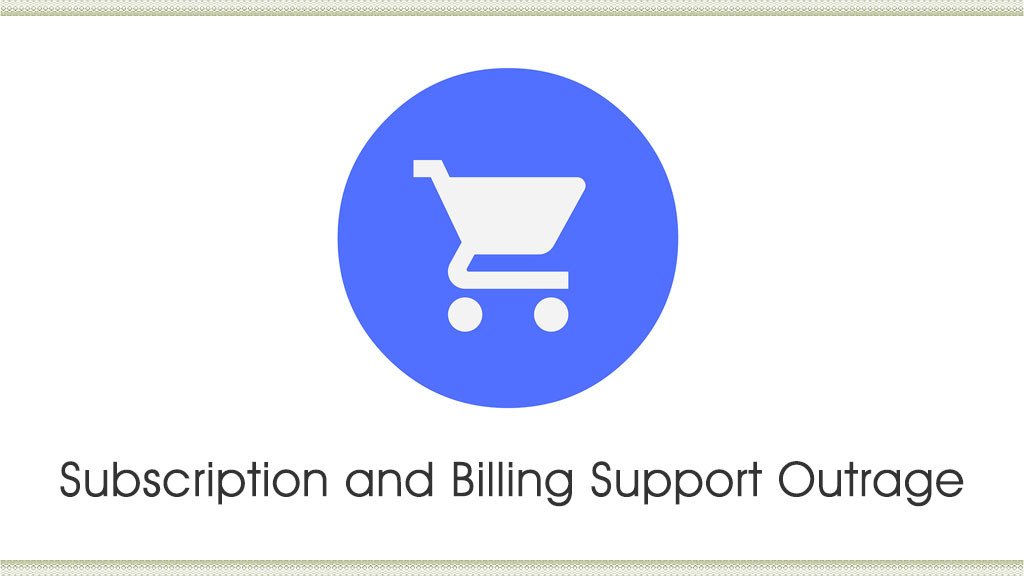