And the Next Expansion Is …

Politicians are not too unlike developers struggling with the next expansion of a profitable game franchise.

Around two years ago, Blizzard dropped a major bomb on WoW players.

To imply the severity of the Legion invasion, or possibly just to redeem itself after the disappointment that was Warlords of Draenor, Blizzard killed two of its most iconic and well-known characters at the start of the Legion expansion.

First to go was Alliance leader Varian Wrynn the “ghost wolf” i.e. the king of the human (Stormwind) faction. He was horrifically murdered by Gul’dan with fel magic during the opening battle for the Legion expansion.

So that the other side had little reason to celebrate, or complain, Blizz snuffed out an equivalent Horde leader too. Troll chieftain Vol’jin, one of the craftiest and most resilient warriors to ever lead the Horde was mortally wounded in the same battle. He later died in the Orc capital of Orgrimmar.

Varian and Vol’jin, two symbols of the races of Azeroth, two faces of WoW, out in one blow.

The move stunned WoWplayers. Some loved the development, others loathed it. A small number, myself included, wondered whether this was a clear sign that World of Warcraft was running of out stories to tell.

After all, isn’t sudden, meaningless demise a clear sign that plot developments have run out? When you have to resort to killing main characters to create drama, isn’t it clear the story long ended, and you are but struggling to put out another chapter?

That it is time to not have another expansion?

Well, by the end of Legion, this question seemed even more relevant. With the main fight flung onto another planet, the twin deaths were largely side-lined, practically forgotten. To be fair to Blizzard, what was presented in the final patch was still engrossing, and the end catastrophe paved the way for the upcoming Battle for Azeroth expansion.

For a long-time player like me, though, I can’t help but dread who Blizz would snuff next. Whether this is going to become some sort of franchise trademark not too unlike what Rowling did in the later Harry Potter books too.

The more I think about it, the wearier I feel about the MMO. At the moment, it’s not bad enough to stop me from buying Battle for Azeroth. But I’m certainly not hyped up about its release as well.

The Next Expansion for Our World

Why this sudden lament about WoW? Am I dissing the MMORPG that has entertained me nightly since 2009?

Well, no. What I actually want to talk about is a certain monumental event happening in Singapore this week. Happening as I’m writing this post.

In a matter of hours, world politics is going to commence its next expansion. Depending on the outcome of this monumental event, this next expansion could either be glorious or nightmarish. It is also going to last but a few “patches.”

At the end of this coming expansion, new writers or replacement writers would craft a new reality. One can expect this new reality to be strongly reminiscent of previous ones.

Life is like a game franchise, isn’t it? Politics is like a profitable MMORPG no company is willing to relinquish.

Like the case with WoW, I’m weary. Like many other Singaporeans, I’m also unhappy with our country playing the role of paying host for this monumental event.

Unlike what some critics would insist, I’ve also long seen proof that Singaporeans are among the most calculative voters worldwide. The current unhappiness over the awful 20 million bill is therefore not the question of “why the hell are we paying” but “how long is it going to benefit us?” Behind that are also questions such as “how long before we are exhausted/bankrupted by playing friends to all factions?” Would we even be remembered when the next story is implemented?

What’s going to happen when the Democrats take over the Oval Office? Would they aggressively attack all who were once part of Trump’s greatest diplomatic achievement? Which, by the way, is exactly the kind of thing Donald Trump would do if he’s the Democrat leader taking over?

As for the other side, Brother Kim has proven himself to be an astute political player. In some areas, I’d even say I trust his promises more than those from the Americans.

Singapore Was Forced to Pay

To be clear, I am not blind to the fact that Singapore was forced to host this monumental event. In local army parlance, I know we were arrowed, with no way out of it. Should we refuse, we are very likely going to be blamed for any future conflict between those two.

For the moment, it seems the case too that Singapore is benefitting in various ways from the limelight. Beyond this, it is for world peace, after all, something no decent human should refuse.

But the questions remain. They always hang there. How long? Would it last? In the end, would it all be for naught?

Would our money and our hospitality, and our friendship, be forgotten once the next expansion for world politics begins?

I do not see positive answers to any of these questions. By the way, that is also the reason why I refuse to name the absurd event in this post. 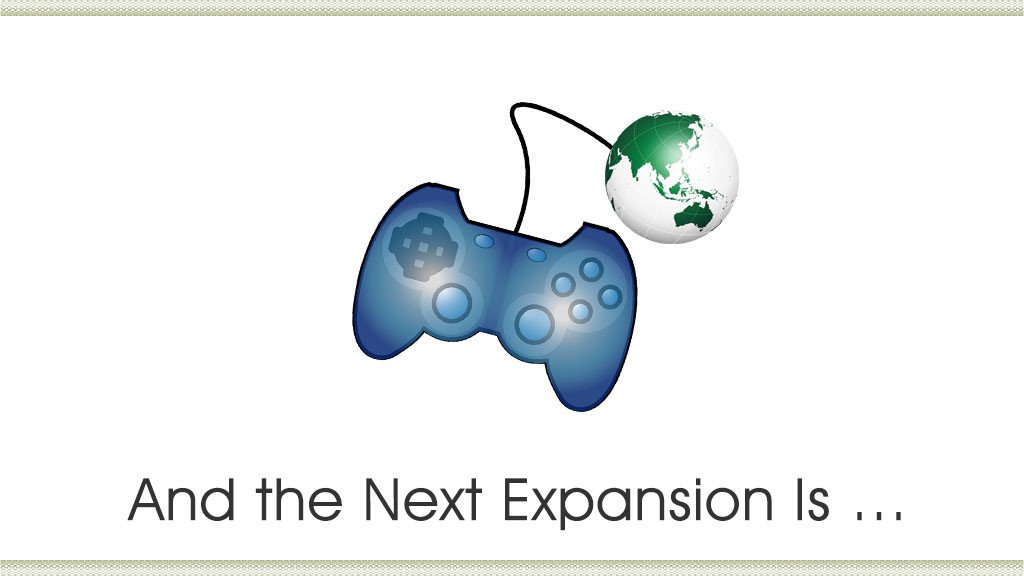 Article Name
And the Next Expansion Is …
Description
It’s been months since Blizzard announced its next expansion for World of Warcraft. But what would the next expansion for world politics be?
Author
The Scribbling Geek
Share
Facebook
Twitter
Pinterest
WhatsApp
Linkedin
ReddIt
Email
Previous article
Movie Review – Jurassic World: Fallen Kingdom
Next article
2018 YouTube Yamaha Electone Upload 3 | Autumn Leaves