Na Cha The Great is Shaw Brothers’ 1974 wuxia retelling of the origin story of Chinese mythological hero and deity, Na Cha. (or Nezha in Mandarin). Born the third son of a general in the final years of the Shang Dynasty, the mischievous but righteous Na Cha comes into conflict with humans and immortals alike after witnessing the injustice besieging his hometown. His retaliations are cheered by the common people but he becomes increasingly estranged from his father. The latter views Na Cha’s actions as impudent and irresponsible, and ultimately unforgivable.

This was bad. It was bad despite me having no expectations of the movie being faithful to the source material, and knowing the production was but a promotion vehicle for Shaw Brothers’ then brightest rising star, the late Alexander Fu Sheng.

Oh, the usual Shaw Bros goodies are here. Macho heroism. Dance-like kung fu sequences. Boyish Fu Sheng himself was obviously having a whale of a time too, strutting about while hugging his golden ring. (Most of the time bare-bodied, might I add)

Outside of these, though … there’s little else? The original story from Investiture of the Gods was stripped to the bones, to say the least. For some reason, famed director Chang Cheh also opted to entirely leave out the stories behind Na Cha’s fantastic weapons and skills, details crucial to understanding the heroic warrior deity’s nature.

Supporting characters, including Na Cha’s father, are reduced to simplistic stereotypes. The wicked, the tyrannical, the obstinate, etc. Perhaps this was a deliberate move to address some of the illogical story developments in the original saga. For me, though, it accomplished no more than to render the bulk of the cast as caricatures. The whole movie was really like a host of ghouls prancing around one shining hero, in one extended kung fu dance. 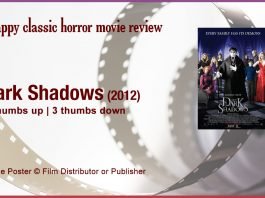 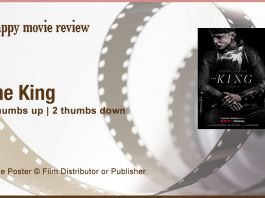 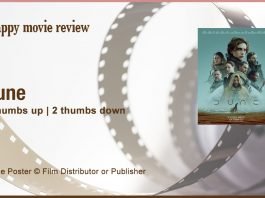