Pictures from Food & Hotel Asia 2018 (FHA 2018). The exhibition does live up to its claim of being the most comprehensive international food & hospitality trade event.

Right … Commercial and industry events aren’t part of my niche, to use a common blogging term.

Still, I have been attending this mega-show for over ten years now, and never once had I not been impressed by the elaborate booths or blown away by the awesome competitive culinary showpieces.

In 2016, right before starting this blog, I even thought about doing a short series on that year’s show, but ultimately didn’t because it just didn’t suit my intended writing niche.

This year, though, I’m casting aside all hesitation and going ahead. Doing so because I had a wonderful afternoon at this year’s exhibition. This was despite me being at the exhibition neither to network nor to solicit business.

My visit to FHA 2018 began at Singapore Expo Hall 6, i.e. where the Singaporean exhibitors are. This was the hall nearest to the MRT station and it was convenient for me not only because I went there by MRT, but also because I wanted to meet up with my ex-clients first. (They were the ones who invited me each time; what a great bunch of folks)

Later on, I’d realise this was a “logical way” to tour the exhibits too. It’s like beginning with the products from home, before moving on to the technologies behind those products. And finally, to the gourmet offerings from overseas.

Leaving the food exhibitors, I made my way through the smaller-number halls, these being where the hospitality and foodservice equipment exhibitors were.

Over the years, I’ve worked with a couple of such companies on graphic design projects and so while I’m not in these industries, I remain curious about developments and trends.

One thing I can say about this year’s exhibits: the push towards higher automation continues in zest. Given the many issues involving efficient manpower in Singapore, I suppose this is inevitable.

About self-ordering kiosks, a lot of my family members and friends are wary about these and the most common worry cited is that of older people not being able to use them.

Personally, I think it’s really a matter of spending a few minutes to try out one; it’s hardly rocket science and there are pictures everywhere.

I also think most people do not give older folks enough credit when it comes to digital technologies. Have you ever seen grandmothers playing 4-digits Candy Crush levels, while chatting over kopi-o? I can’t even get past level 50!

What I look forward to most at Food & Hotel Asia has always been the culinary and patisseries competitions. Rather than squeeze in pictures from those into this post, I’m uploading them in a separate one. Click here to view these awesome masterpieces.

Most international exhibitors for Food & Hotel Asia 2018 were located in Halls 7 to 10. Here was where the visit began to feel like a brief trip overseas.

Visited the Suntec venue of FHA 2018 the subsequent afternoon. Unlike the exhibits at Expo, I’m mostly unfamiliar with the equipment and technologies showcased here.

Still, it’s always a great idea to learn about new trends and technologies, isn’t it? Particularly interesting were the robotic displays set up outside the halls. Would these soon replace manual labour at fast food outlets? 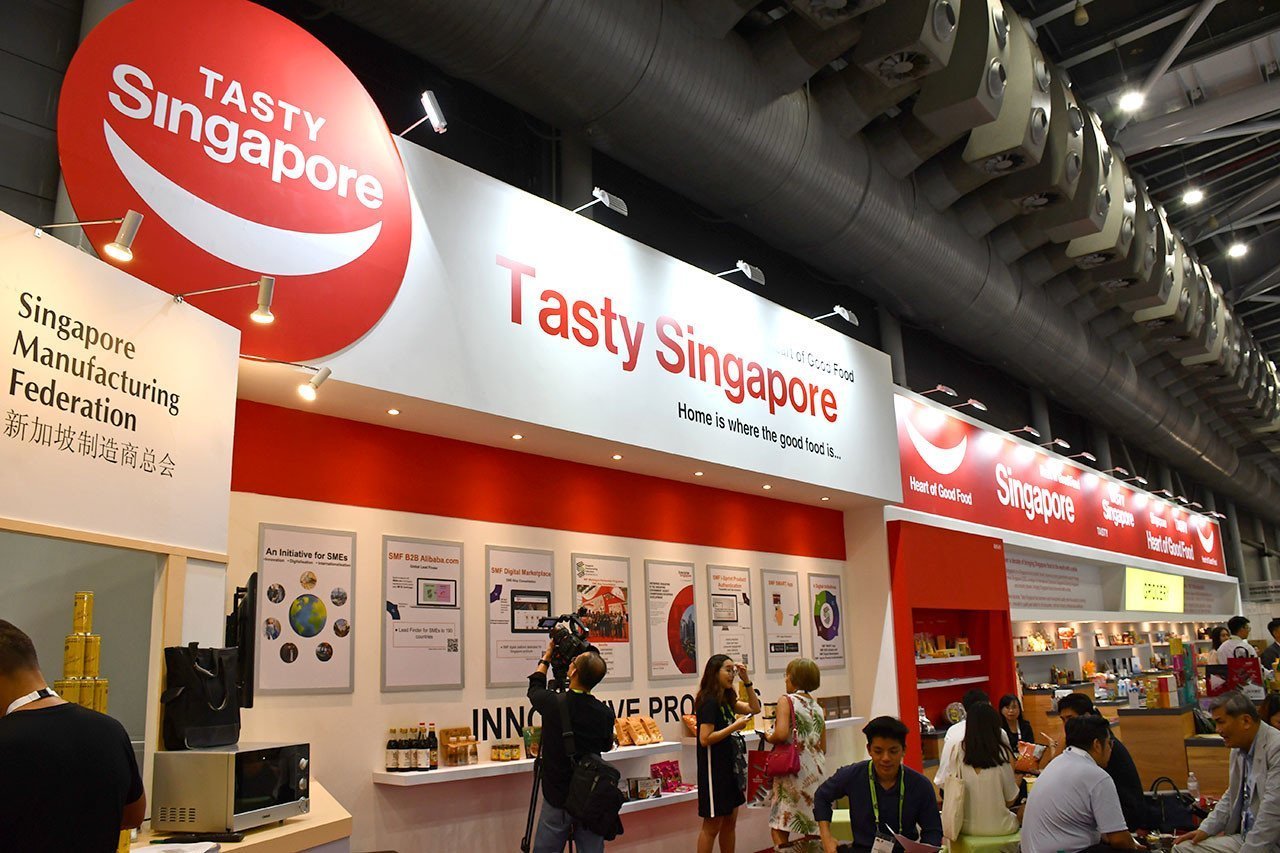