I’ve bought a couple of first-person shooters over the years, but overall, I tend to shy away from the genre.

The best way I could explain why is to use the Singaporean colloquialism “hin,” this being Chinese Hokkien for dizzy. While I don’t exactly get nauseous when playing first-person adventure games, I nonetheless find it awkward and confusing, groaning every time there’s a major boss fight.

To make things worse, I never did master the fine art of aiming crosshairs with a gamepad. No thanks to that, I’m limited to using shotguns for all situations. Sadly, even with their burst and damage capabilities, well, let me just say I seldom enjoy high hit or impressive kill rates

Like many other gamers, what attracted and hooked me were the incredible open world designs in both games. Realms that were not only meticulously designed but also positively choked full of exploration opportunities at every corner.

To cite what I often read on forums, Rook Island and Kyrat are alive, be it the graphical realism or the way something is always lurking somewhere at any hour.

In celebration of Far Cry 5’s release next week, let’s now also take a quick trip back to the tropical jungles of Rook Island and the snow-capped peaks of Kyrat. These spectacular virtual realms, IMO, will go down in gaming history as among the best open worlds created for their generation.

To be honest, I wasn’t that interested in Rook Island when I first read about it. It’s … a tropical island. Somewhere in Southeast Asia too. Doesn’t that sound remarkably alike where I’ve been spending my entire life?

Where arrogant tigers strut in the fields. And big and ugly sharks swim just off the coast. All ready to game-over you.

if you’ve spent just an hour wandering around doing random quests, I’m sure you would know what I mean by quietly breath-taking. The small waterfall in the middle of nowhere. The sun filtering through the canopies of trees. That glimpse of endless eternity as you struggle to reach that damn loot chest some moron left on a cliff.

It’s these moments that kept me glued to the game, long after I completed the main campaign. Rook Island, hostile as it is, never seemed to run out of spellbinding moments.

The answer is yes. But it was also a no in some areas.

Admittedly the above is more the shortcoming of gameplay rather than environmental design. And to be fair, the story of Pagan Min and The Golden Path is several notches more sophisticated than that of action-boy Jason.

In summary, I’d say it was still deeply enjoyable going about Kyrat completing quests and murdering animals. But there were far lesser “aww” moments throughout it all.

By the way, it’s only fair of me to highlight that these screenshots of Kyrat look better because they came from the PC version of the game. The ones for FC3 above came from the Xbox 360 version. 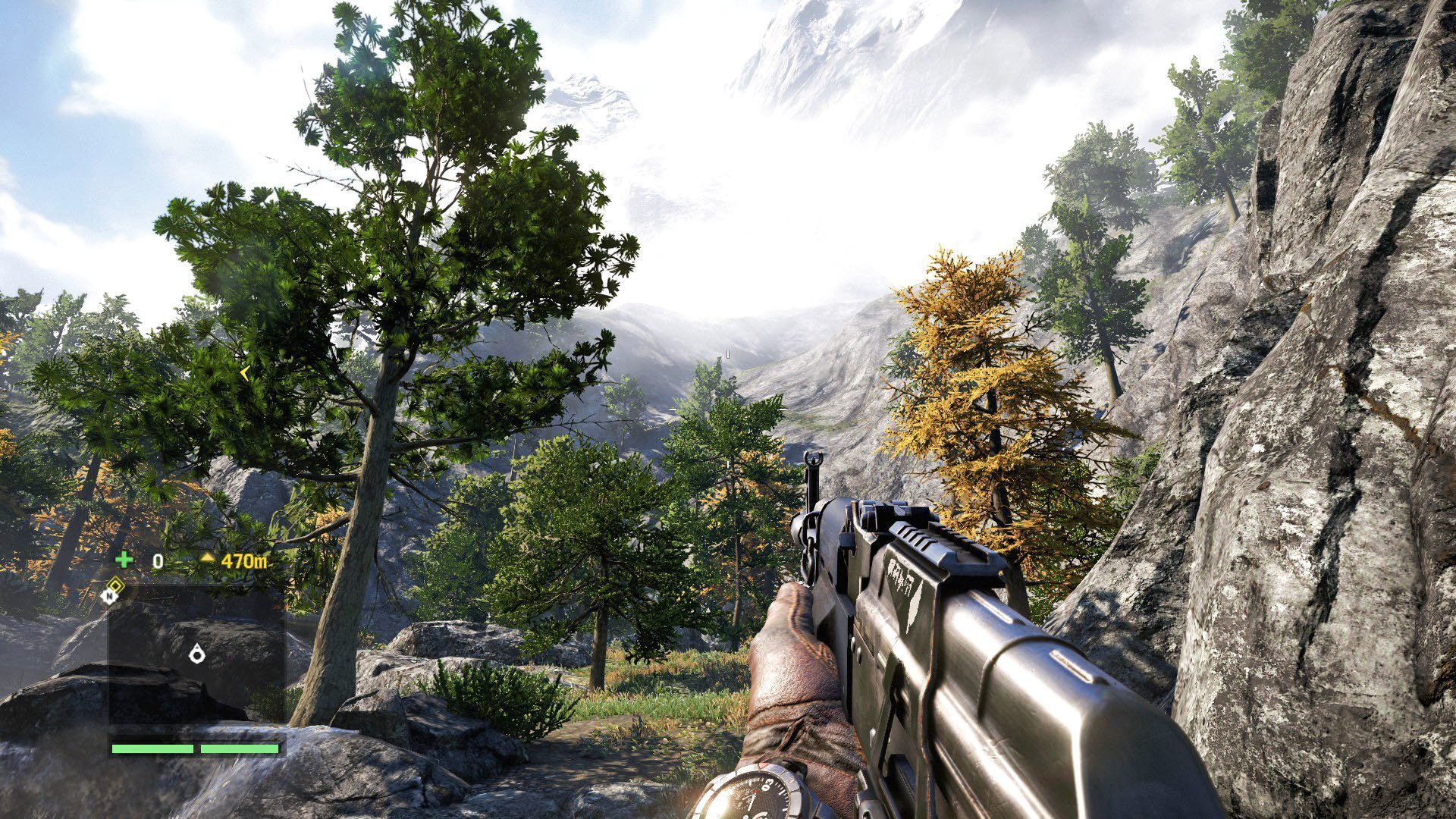