Immersive dining at DC Super Heroes Cafe – Takashimaya with my elderly ones.

Couple of weekends back, I accomplished the unexpected. Aching to check out the new DC Super Heroes Cafe at Takashimaya, but tied down by work throughout the week, I slyly suggested heading to it for dinner during family Sunday.

Would you believe it? My two elderly ones actually agreed right away. Maybe it’s because they remembered I used to be so crazy over the ultra cheesy Superfriends cartoons in the 80s. They probably wanted a kick out of seeing me as an excitable eight-year-old again.

Food ordering time. This took me quite a while because the menu is so thick, and laid out to resemble a DC compilation.

Being themed around DC characters, or should I say the founding members of the Justice League, most if not all of the dishes were named after famous DC personalities too. It was quite a joy going through the menu to see how these JL powerhouses were represented.


On the whole, I’d say the cafe’s dishes are well-prepared and immaculately presented, though they do take a while to be served.

What’s more noteworthy about the dining experience, on the other hand, is the service. We were attended to by an older server and she was so congenial and accommodating.

She even gave me extra copies of the DC table covers, which would eventually become part of my geek display case project. Alfred himself would have approved of her as a co-worker.


Having greatly enjoyed myself, I had dinner at DC Super Heroes Cafe Takashimaya again last night. As I’m preparing for Chinese New Year feasting, ahem, I chose a vegetarian dish this time around too.

It turned out to be even better than the Beef Bolognaise, surprise surprise. The mushroom tofu patty was pleasantly flavourful and crispy. It went so well with the avocado sauce too. 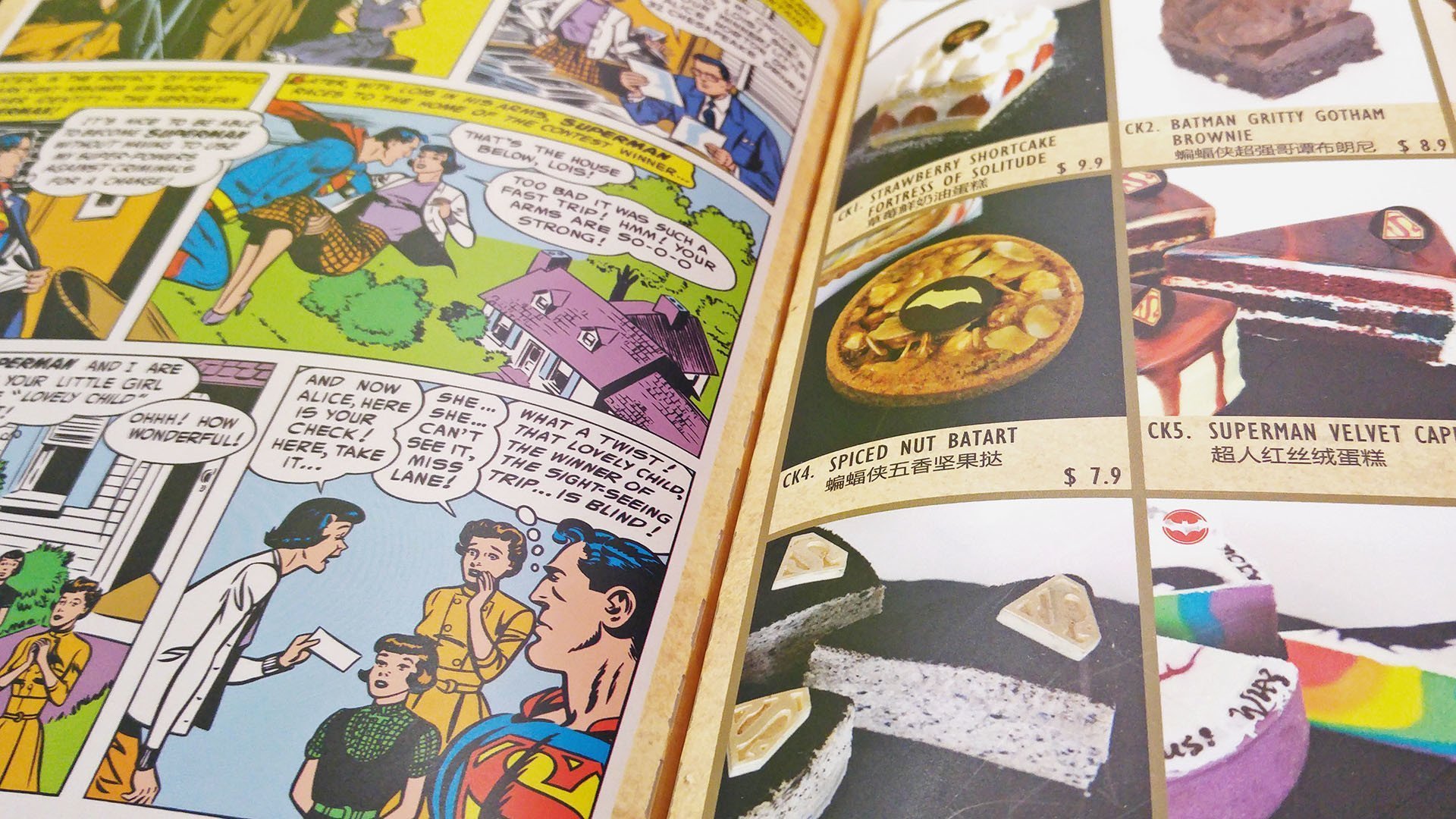