Checking out Chinatown Chinese New Year light-up 2018. The Year of the Dog is at our doorsteps!

It’s that most wonderful time of the year, as the song goes. In the case of Singapore and at this time of the year, this wouldn’t be Santa Claus and adorable reindeers, but Cai Shen and auspicious golden animals.

Yup! In three weeks, a matter of days really, a brand new Year of the Dog would upon us!

That’s just me being silly. Anyhow, here are the pictures from my requisite excursion to Chinatown and the yearly Chinese New Year festive market.

Like last year, I went on a weekday to avoid the worst of the crowds. If you’re using my pictures to estimate human traffic, well, take heed. It felt like a weekend. But it was actually Monday!

Unlike previous years, I began my evening not at the Outram Park end of Chinatown, but Chinatown Point. Other than to avoid the massive road construction works at Outram, I also wanted to check out the Chinatown Wishing Tree. This is listed as one of this year’s attractions on the official website.

The heart of each year’s Chinatown Chinese New Year Light-up is, of course, the festive street bazaar. And each year, I notice the same phenomenon.

Despite many goods on sale readily available elsewhere, such as at residential districts CNY fairs and shopping malls, people still flock here. Most people would also buy something; I myself make it a point to at least get some titbits.

Is this because of tradition? The nightly shows? The overall cheery ambiance of Singapore’s most celebrated ethnic festival?

Conversely, when I was living right beside the bazaar eleven years ago, I made it the point not to buy anything. Well, at least not till the stalls start slashing prices on the final night.

Festivals do bring out the best, and the weirdest in us. Agree?

Unfortunately, the very first thing I overheard while snapping pictures of the showpiece was how last year’s decorations were “prettier.” Grudgingly, I have to agree that the Dog is visually not a match for the Rooster. No thanks to the latter’s gaudy feathers, curvy curves, and overall good fortune feel.

But, woofy is still man’s best friend, yes? Man’s most faithful companion too? While not as vivid, the lantern centrepiece at Eu Tong Sen Junction does have a certain, I don’t know, valorous feel to it?

I wouldn’t mind having such a noble pup for a buddy. (Just one, not a whole litter!) As you can see, the golden festive lights have planted funny ideas in my head.

The above two pics were, of course, taken from the sweet spot I mentioned in last year’s CNY post. On this, I’m pleased to share that while the café is closed, the entire area is still open to the public. Better yet, believe it or not, there was no one when I arrived at six-forty.

I wouldn’t recommend you bet on this, though, if you’re heading there for your own pictures. Nearer to seven, photographers did start turning up. 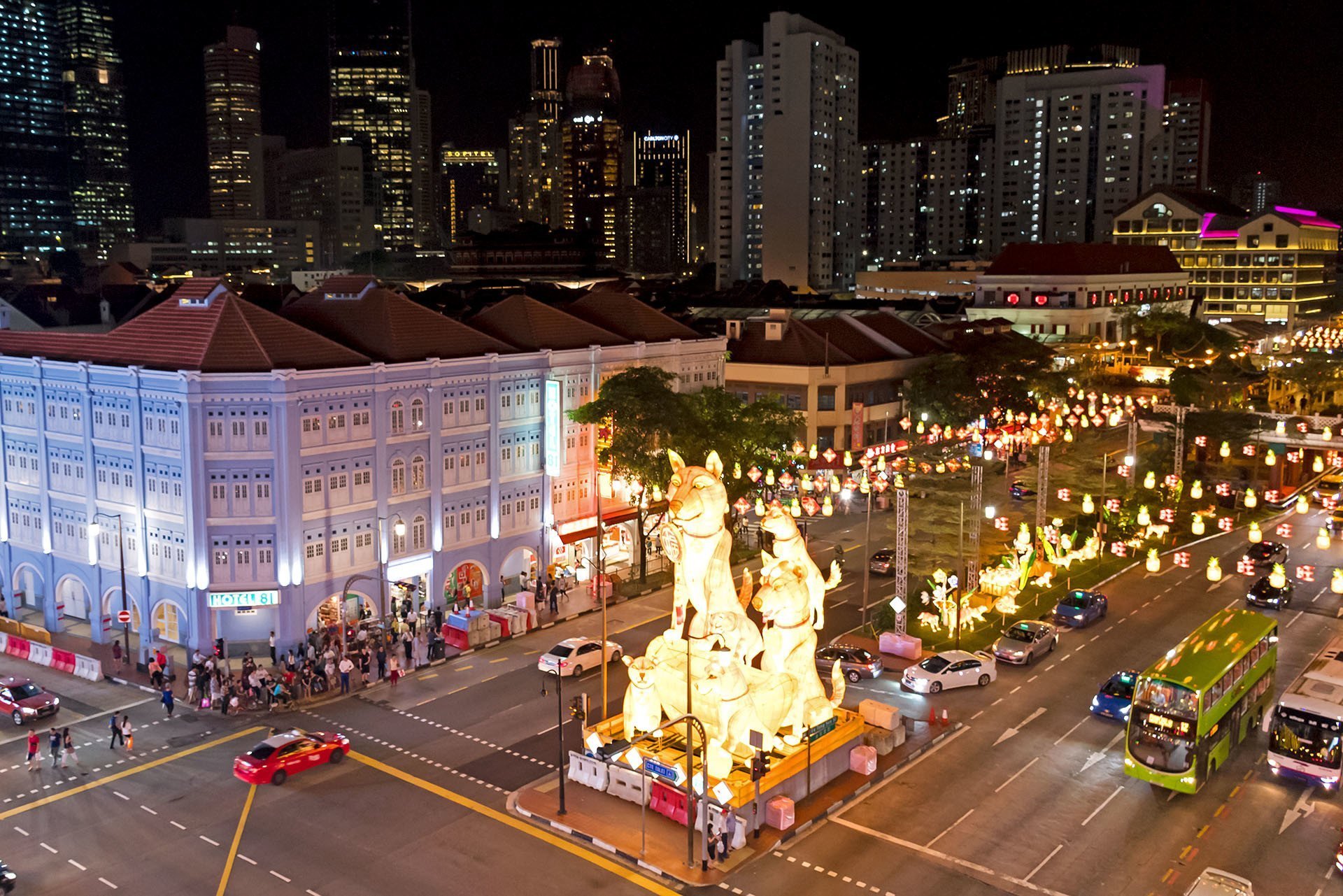