My final Yamaha Electone arrangement i.e. free score for 2017. May I present to you Danny Chan’s 喝彩.

I had various post ideas during this last week of 2017. Or should I say, post intentions? In the end, as such things usually go, I barely had time to clean my bedroom!

Therefore, I decided to forgo all those and just concentrate on doing up another Electone arrangement; it’s been a while since my last one. Once again, I’ve selected a Cantopop classic from the 80s, yet another one by Danny Chan too. (I intend to “do” a total of 3 by him; guess what’s the third one)

This piece is also arguably the most famous composition of his earlier career. One, which I’ve been told, is still regularly crooned in karaoke. May I present to you 喝彩, pronounced in Cantonese as hott choi and in Mandarin as he cai. The name simply means “cheer” in English.

(Click here if you wish to skip my, er, philosophical year-end ranting)

I didn’t do any extensive research about it but my guess is, 喝彩 remains popular, especially in Hong Kong, because of its stirring melody and its incredibly positive lyrics.

Lyrics that embrace all of life’s hardships, viewing these as the necessary step before a glorious tomorrow.

The song is especially suitable for events like school graduations. You know, when a person faces an exciting new beginning, one that is also fraught by challenges.

That’s how I feel about 2018, by the way. In my opinion, 2017 wasn’t a particularly horrid year, at least not when compared to 1942, 2001 and the likes of. Yet, many of the worst incidences of this year still point towards the insisted segregation of mankind, ideologically or socially.


Despite our many technological advances, despite telecommunications and transportation bringing the world closer together than ever, we see countries and communities shutting up. We also see political differences dividing populations in ways that might never be resolved. Call me naïve, leftist, liberal, whatever, I think such gaps will never be solutions to any problem. If anything, don’t they just deepen everybody’s plight?

Worse, because such divides discourage empathy, they foster misunderstandings that could easily deteriorate into warfare. I’m not referring to North Korea here; that’s an extreme case by itself. But if you’re willing to consider what these differences inevitably lead to, I think you can clearly see what I mean.

Given none of these divides is anything new to mankind, such distrusts and blaming were equally rampant before the Great War, I guess it might all be an inevitable part of man’s development. We are a race that must fall again and again before terrified into a brief period of peace, and then everything repeats. In this sense, the lyrics of 喝彩 summarises what I would say to someone anxious about the New Year. To quote:

(The spring wind resuscitates the grass. There is never an end of the road)

(With the rising sun’s confidence, believe that you will have a better tomorrow)

If 2018 is worrying for you, remember that history has shown us that dark times will always be around. They come very often! But so do better days.

If you are unsure how 2018 is going to be, then 以真诚我祝福你会踏上那光明前路. May a bright path presents itself to you in the months to come.

If you are confident 2018 is going to be great, 愿将一腔热诚给你, 常为你鼓舞. I celebrate your triumph with my utmost enthusiastic zest. I sincerely do.

Warning! The registration is a zip file! You might need to disable your virus/malware protection before downloading.

Right! Back to the arrangement i.e. the free Electone score! Areas to note are: 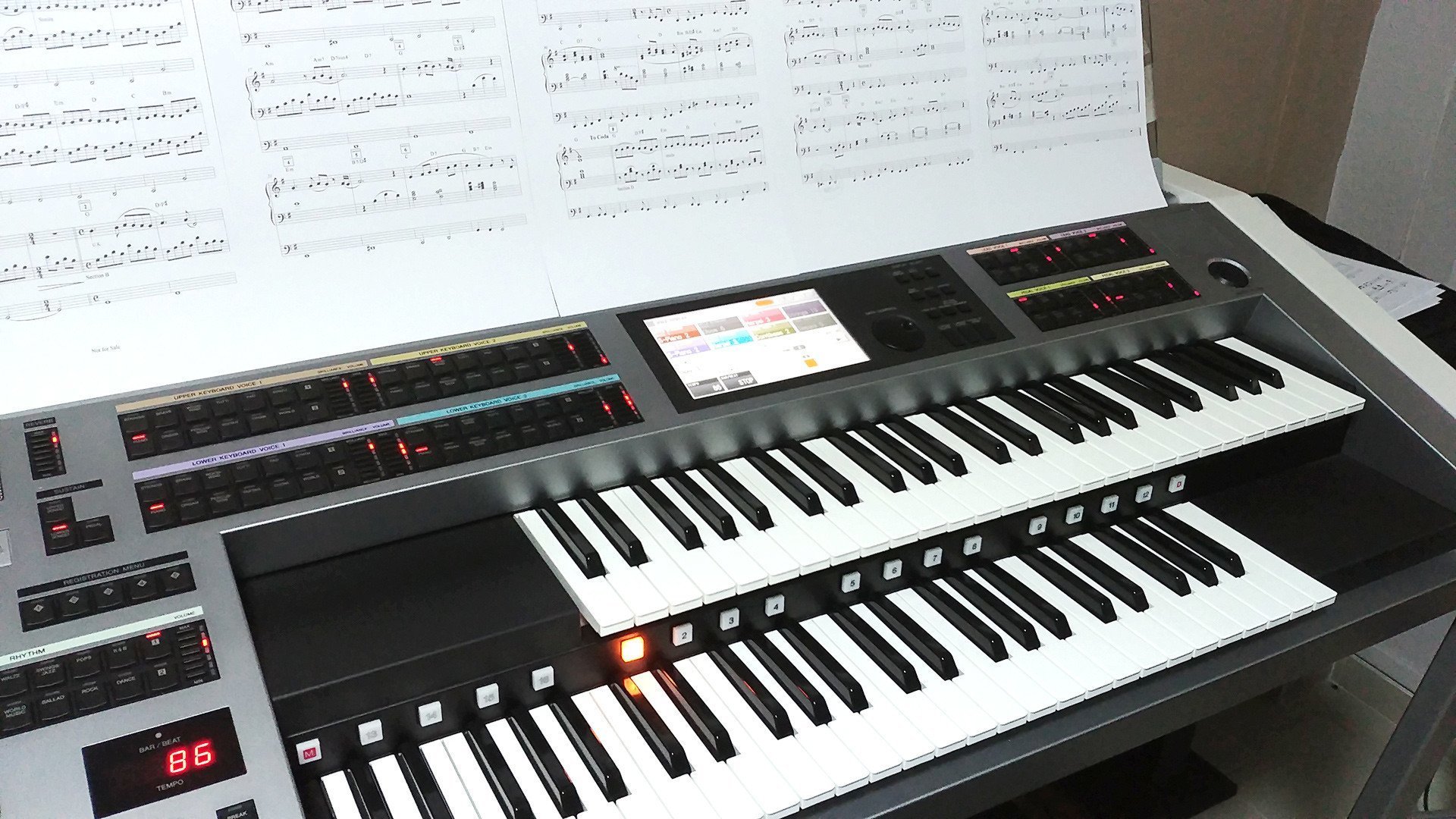