It’s Christmas Day, so here’s the final part of my feature on Christmas in Singapore 2017. A Universal Christmas 2017 at Universal Studios Singapore!

As I mentioned in older posts, I have a ritual of visiting Universal Studios Singapore on Christmas Eves. And so last evening, I “dutifully” turned up at the entrance at ten minutes to five with electronic ticket eagerly grasped in hand.

Here are the pictures I took at this year’s A Universal Christmas 2017! Plus a few brief reviews.

The street parade for the month, which consisted of rotund elves, smiley toy soldiers, and bouncy acrobatic reindeer. Santa himself was (very comfortably) lugged around in a yuletide sleigh.

Like Santa’s Snowy Sleigh Ride, this performance, conducted at the Pantage Theatre, is one of the highlights of this year’s Christmas celebration at Universal Studios Singapore.

To be quite honest, it’s the typical I-hate-Christmas-turn-I-love-Christmas story, and the songs weren’t particularly memorable. That said, the exuberant finale was enjoyable. The confetti/fake snowfall was a befitting and atmospheric conclusion too.

Similar to the sleigh ride street parade and Oscar’s Grouchmas Show, Santa’s Workshop is a key attraction of A Universal Christmas 2017 too. Let me share the pics before commenting.

From the looks of it, Santa’s Workshop replaces last year’s Santa’s Village and the awesome Universal Journey.


It does provide for some Christmas-y photo opportunities, but to be blunt, this is really one of those concepts that sounds great on paper but is challenging to execute well.

Most, if not all of the games in the “rooms” were brief and simplistic, over before I knew it. (Over before I even started paying attention) My guess is that USS had to do things this way to keep the traffic moving; visitors enter the factory in small batches.

All in all, not a very enjoyable attraction, especially when compared to last year’s Universal Journey. If the concept is to be repeated next year, it seriously needs refinement.

Done with Christmas attractions and features, I strolled around the park, hopping on the occasional ride here and there. (I really did “hop on.” Single riders barely have to queue in Universal Studios Singapore. Bwahahaaha!)

Last but not least, the fireworks! This was largely the same as last year’s, down to the burst sequence and the soundtrack used.

But … it was Christmas Eve. If anyone else noticed, none seemed to mind. Me neither! Check out the video below. Then take a peep at last year’s version on the same YouTube channel. What do you think?

Somehow, this year’s version felt more exuberant. Going by the cheers, I think most other visitors felt likewise too.

Read about my Christmas Eve 2018 visit. 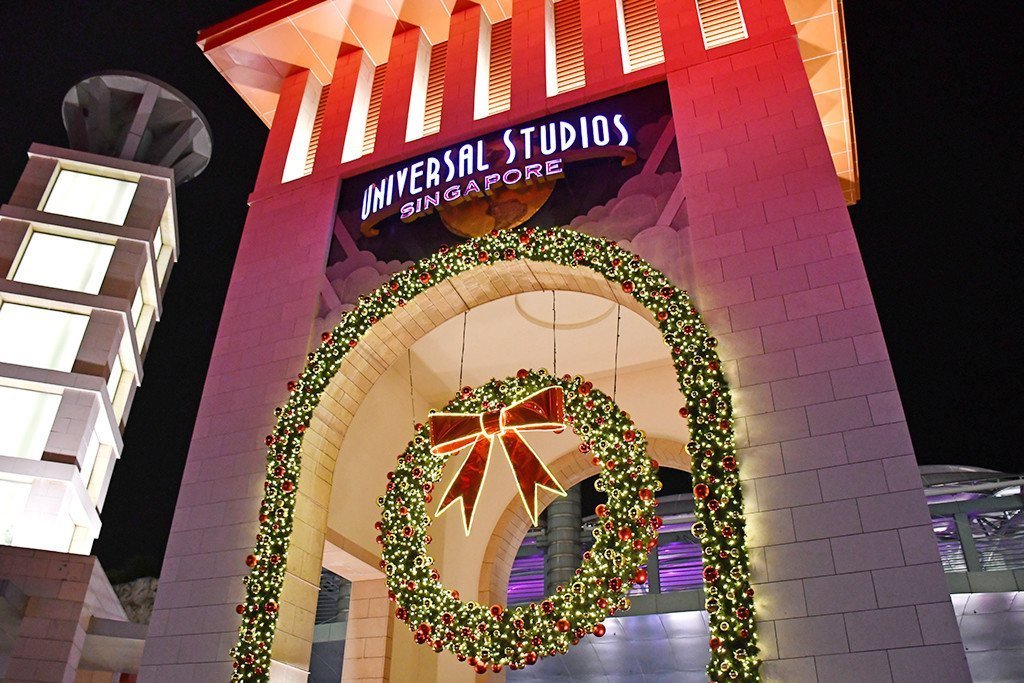