I decided to put my Netflix subscription to good use, by indulging in a 7 Day Netflix Christmas movie binge.
(Posters belong to their respective copyright owners!) 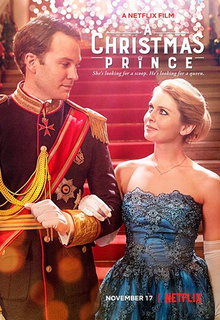 Synopsis: Predictable but likeable story of a young journalist meeting a Prince during her first real assignment. You can guess what happens between the two by the time Christmas arrives.

Snappy Review: A Christmas Prince is a modern variation of the Cinderella story, minus the wicked stepmother, pumpkin carriage, and talking mice. What makes this Netflix Christmas movie very palatable, on the other hand, is the reasonable acting by both leads and the anchor provided by the always reliable Alice Krige.

There are also the atmospheric winter shots of Romania’s Peleș Castle, easily one of the most distinctive structures of East Europe. (A must-visit for Castlevania fans too) In other words, you can always enjoy this straightforward holiday movie for the ambience, if not the highly predictable girl-meets-dashing-prince story. 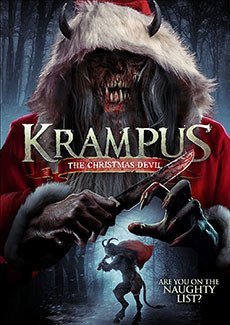 Synopsis: As a child, Jeremy Duffin was abducted by a mysterious monster and nearly drowned in an icy lake. In adulthood, and as a cop, Duffin finds himself face-to-face with the creature once more, as child disappearances again grip his town.

Snappy Review: Watching this taught me an important lesson. Read introductions/synopses carefully! I thought this was Krampus by Michael Dougherty, which enjoys a respectable rating on Rotten Tomatoes. Well, it’s not, and what it is instead is a somnambulistic drift punctuated by frenetic bursts of verbal foulness. (And yes, I know it’s low-budgeted. But still, does it cost that much to craft a better story?) It’s great, though, for that sort of late-night party. You know, when everybody is half drunk, half silly, and so hungry for something to condemn? If you’re looking for a movie for those circumstances, well, Krampus: The Christmas Devil would be a straight ten out of ten. Actually, it’d be an eleven out of ten. Hmpf! 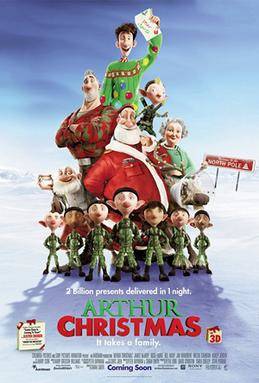 Synopsis: Ever scorned the concept of Santa Claus because how on earth could some fatso deliver presents to billions of children within one night? Arthur Christmas reveals the secret, as well as shares how Santa is at the same time, just as human as you and I.


Snappy Review: Easily one of the best Netflix Christmas movies for kids, while adults would also discover meaning and resonance in the slyly presented family dynamics. The winning element here is not the imaginative modernisation of the Santa concept, nor the great voiceovers by James McAvoy and Bill Nighy, it’s the splendid humanisation of “Santa.” Superb characterisation in which ageing, relevance, and inter-generation abrasions are all succinctly discussed. A magical winner, this holiday movie is. Great for a Christmas Eve viewing. Or any time before and after.

PS: If I were to recommend only one title from this Netflix Christmas movie binge, this would be the one. 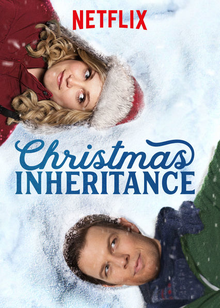 Synopsis: The age old story of a spoilt heiress discovering the real meaning of life, by returning to her father’s snow covered hometown.

Snappy Review: Like A Christmas Prince, this Netflix Christmas movie operates on a formula that’s almost foolproof. And it would have worked had Eliza Taylor not been completely miscast. Though she tries hard, with the story also throwing in all sorts of absurd gags to assist, Taylor just doesn’t come across as a pampered party brat who can’t even vacuum a room. On the contrary, she feels more to be an independent, aware, and capable rich girl with an emotionally scarred past.

Which she eventually morphs into, and shines, when the story switches angles in the second half. That aside, this Netflix exclusive is sleek and polished, full of snowy festive scenes. Flaws considered, I’d say it’s altogether not too bad for a late evening viewing. I suggest watching during the final nights leading up to Christmas i.e. when you have run out of year-end blockbusters to catch. 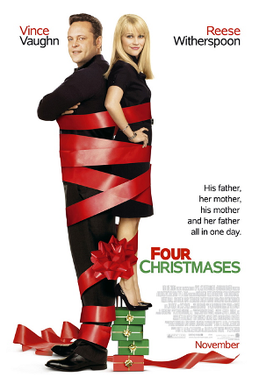 Synopsis: No thanks to fog and a TV reporter, a couple’s plans to avoid their dysfunctional families during Christmas are thwarted. Would they survive the big day intact?

Snappy Review: Two words describe this. Silly AND stupid. The gags aren’t the locker room sort, but they are about half an inch above and generally very unfunny. What kept me watching, though, was the whole premise of having to meet abhorrent relatives on big festive days. You know, when people you groan to receive an email from devote the entire afternoon to exposing your most humiliating secrets, and you still have to pretend to be “festive” around them.

In my opinion, this Christmas movie would have been so much better given more sophisticated comedy and dialogue. It would definitely benefit from fewer character u-turns too. 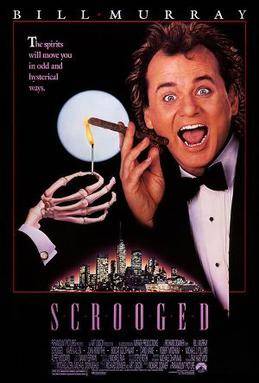 
Snappy Review: Funny thing is, I don’t remember watching Scrooged, yet many parts of the movie felt strangely familiar.

Maybe it’s because the movie is so classic wacko 80s, full of Beetlejuice/Ghostbuster-like effects and entirely surfing on Murray’s sardonic hysteria. To be honest, many such gags often felt absurd, frequently, a little dated too. Despite that, the euphoric and predictable ending still worked. I found myself humming along to the ending song. In the process, experiencing more than a moment of Christmas cheer. 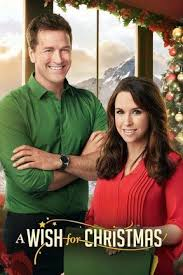 7. A Wish for Christmas

Synopsis: Pushover Sara gets the best Christmas gift anyone could hope for i.e. a wish granted by Santa himself. The downside, Santa’s magic only lasts for 48 hours.

This Netflix Christmas movie looks and feels like … a television Christmas movie! As in the sort you show to young teens on nights leading up to Christmas, in hope that they learn some sort of important life lesson from watching it.

It wasn’t a dreary watch for me, to be clear, and that’s largely thanks to curiosity over what on earth is going to happen to Sara when the magic expires. That said, there was just way too much repetition of the word “Christmas” and too many close-ups of Lacey Chabert saying it. I get it. It’s about the spirit of Christmas and Lacey has big, beautiful eyes. But enough. Enough! ENOUGH!

Have your own Netflix Christmas movie binge. Get a Netflix subscription today!
Check out my other snappy movie reviews too! 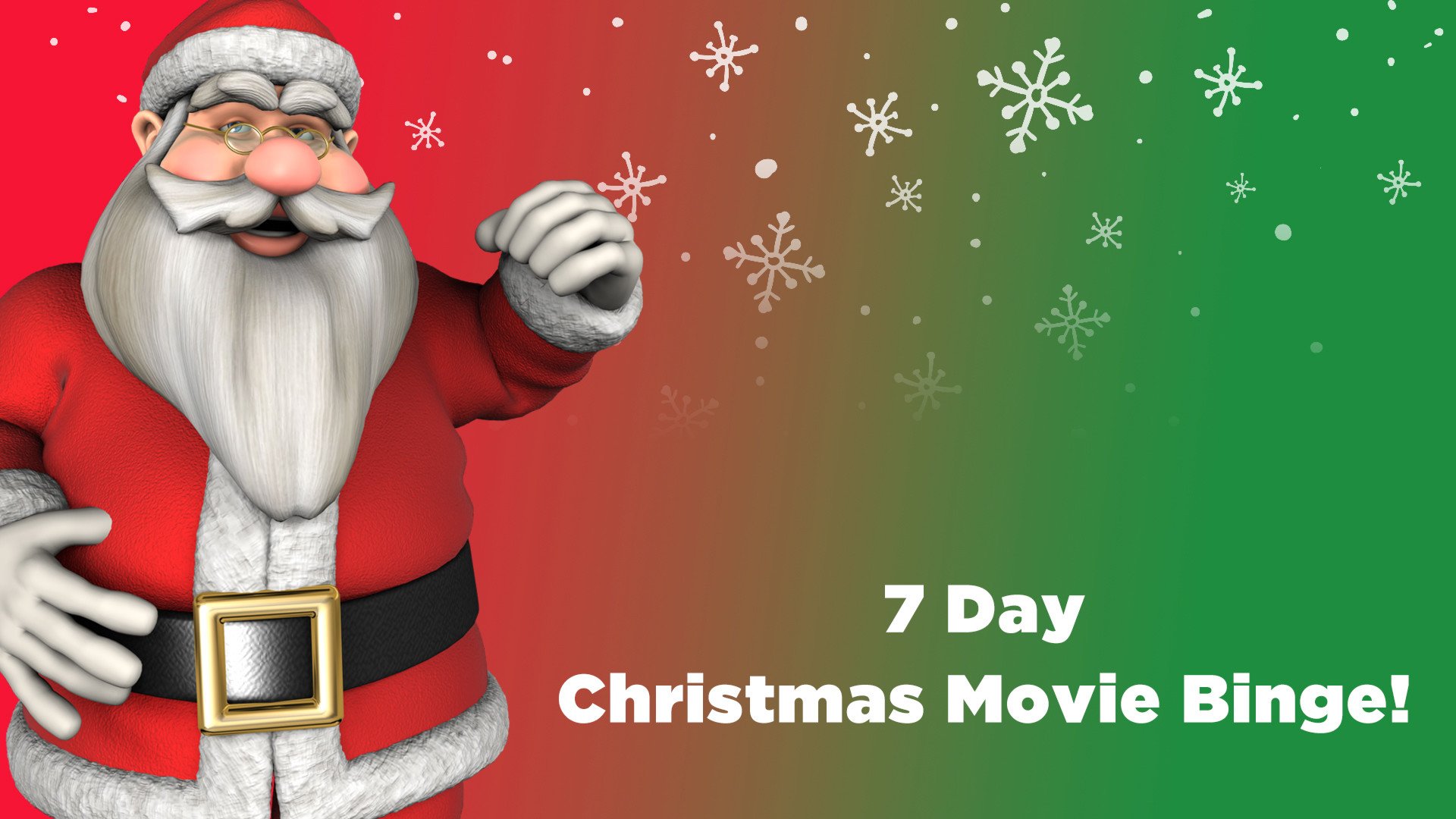