I was looking forth to Prudential Marina Bay Carnival 2017, ever since reading about it late last month.

Always a sucker for loud and colourful things, the event felt so much the perfect year-end festivity to check out. That it was delayed for a week, conveniently located downtown, and, hmm, organised by a financial planning company, just heightened my anticipation i.e. curiosity.

Anyway, here are the pictures I took. Regrettably, I didn’t have much time on hand. I was rushing for the Last Jedi Light and Water Show scheduled next door.

To share a little, funfairs, fairgrounds, whatever you wish to call them, aren’t at all new to Singapore.

In the 80s, when residential estates were still surrounded by Far Cry 3 worthy “kampong” grounds, miniature ones pop up every now and then to inject colour into dreary suburban life.

In my case, I remember going to these crude (and often muddy) affairs with my mother, and often returning in tears because we NEVER, ever, seem to win anything. Fast forward ten years and we had the smaller UK Funfair/ Uncle Ringo ones springing up all over the island. By then, I have taken the oath to never go dizzy on a coaster again, or retest my ability to ring something with a silly plastic hoop. But … I do still like to wander fairgrounds, right till today. At any time of the day, there’s always a certain magic about them.

The Promontory site is the serene and romantic one. Five minutes’ walk away is the Bayfront site, with the screams and scary rides, such as the Mach 5, which towers 55m and spins both with and against the clock to get you high.

I was really rushing for the Last Jedi thingy at this point and so I could only make one quick circuit around the site. I’d probably be returning here several times, though, before the carnival ends in April 2018. Not to try the rides, which I’m dead certain I wouldn’t survive, but to snap more pictures. And to check out the food, guffaw at hollering riders, and so on.

Prudential Marina Bay Carnival 2017 is ongoing till Apr 1, 2018. Entry is free but rides and games require credits which can be purchased at the carnival itself or online. Note that different rides require different amounts of credits! 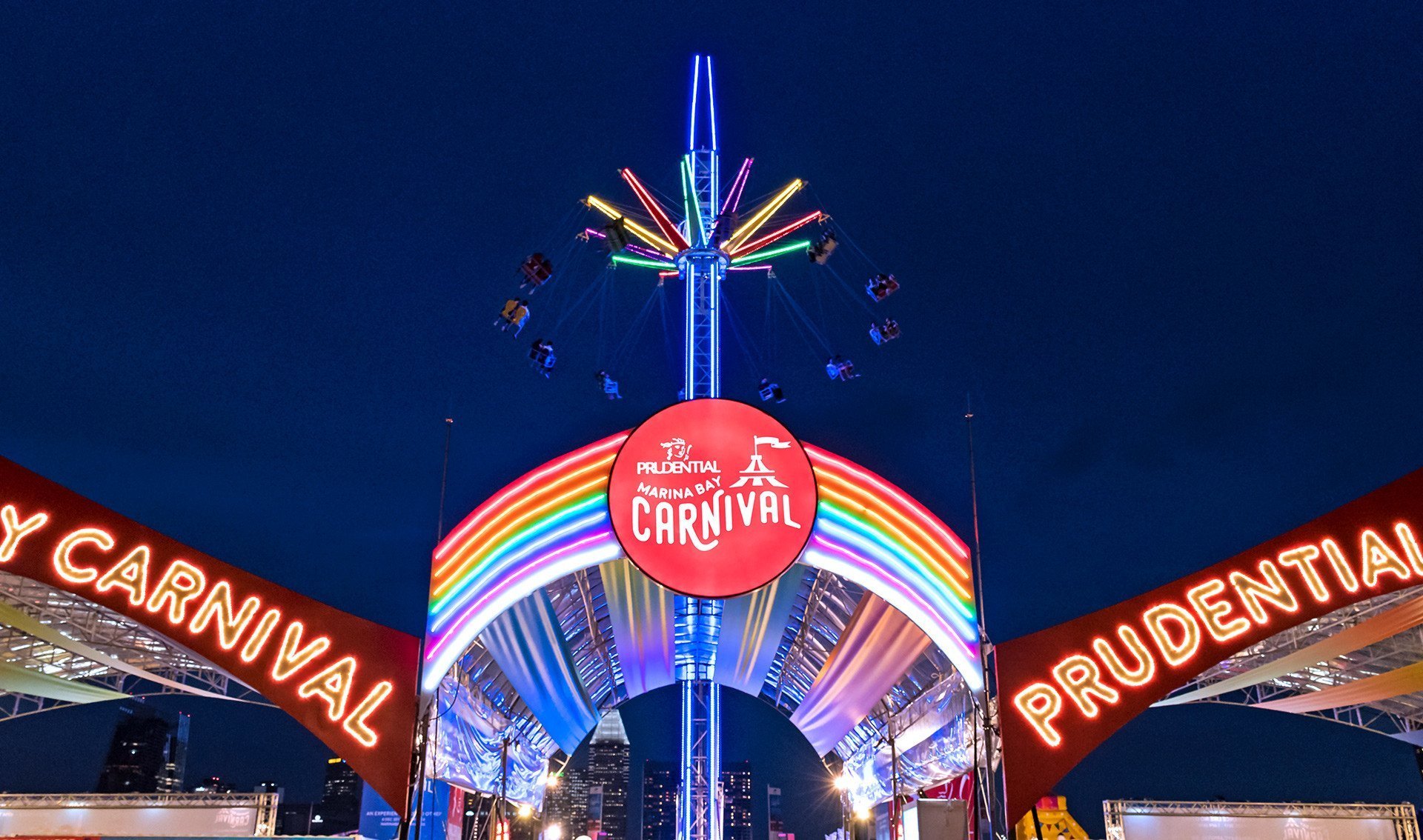