If you haven’t, check out my earlier post on Ocean Park Halloween Fest 2017.

Most travellers would know by now, but I still have to say it.

Ocean Park Hong Kong is huge. HUGE! I had a full day and no sticky schedule to stick to, and still I couldn’t cover all attractions by evening time.

This is one theme park that truly gives you value for money. It’s also a fantastic way to test how comfortable your travel boots really are. Regrettably, mine did not exactly pass the test with flying colours.

Firstly, some access information. As in, how to get to Ocean Park Hong Kong.

This premier Asian amusement park has never been hard to reach but with the opening of the MTR South Island Line, the journey is easier than ever. The park is but 3 minutes’ walk from MTR Ocean Park Station, with the station itself a 5-minute ride from Admiralty Station, the heart of Hong Kong Island.

If you’ve pre-purchased your ticket online, there you go. 10 am you’re finishing breakfast beside Queen’s Central. 10.30 am, you’re exchanging stares with solemn mantas.

About the Grand Aquarium, it’s a minute from the main entrance and in my opinion, the only “true” marine attraction of the Waterfront Segment nowadays.

While that might sound to be a downer, it’s actually the real attraction of Ocean Park. The rides and attractions, and rare animals exhibits within this theme park are truly that varied. Even if you hate fish, there are so many other things to enjoy.


And … I don’t have any other decent pictures from within the Grand Aquarium because it’s such a difficult environment for photography! No matter how great your camera supposedly is with noise control. 😛

As mentioned above, other than marine life, Ocean Park features many other wildlife displays, the most famous of which is hands-down the giant pandas.

Regrettably, I was unable to photograph An An, who’s really old and was (I think) resting in the rear alcove. Fortunately, An An’s younger counterparts were up and about in the Giant Panda Adventure enclosure. They and the rest of their friends were very receptive to being photographed and swooned over.

Like all major theme parks, Ocean Park is full of performances and roadshows throughout the day.

Other Areas of the Waterfront

Since its earliest days, Ocean Park’s cable car ride has been as famous as its marine life displays. Retro in appearance and hands-down one of the most panoramic rides in Asia, if not the world, this was what I was looking forward to most. It did not disappoint.

The Summit felt like a different realm altogether, compared to the serene waterfront. The emphasis here was more on carnival and thrill rides, and games, rather than cutesy animals.

My time here was also mostly spent just wandering about and snapping pictures whenever I could. The scaredy-cat I am, I gave all roller coasters a miss. I found it much more entertaining guffawing at screaming people, from the comforting safety of solid ground. *wink*

By the way, if you’re waiting for pictures from Ocean Park’s world-famous Ocean Theatre performance, I’m sorry to disappoint you. The theatre was closed for maintenance that day. (I didn’t know beforehand) I comforted myself by thinking, even seals and whales need their off-days! *sigh*


Interlude: The “Do I Need an Ocean Park Fast Pass” Question

Most travel operators and websites would recommend that you pre-purchase an Ocean Park Fast Pass, officially known as FasTrack. This is especially so if you’re visiting on a weekend.

As you can see from my above pictures, crowds aren’t exactly thin. In hotter weather, such as in June, everything could get very unbearable as well.

On the other hand, with the park so large, how much you’d benefit from a FasTrack pass seriously depends on which attractions you go for. Based on this visit, I have the following information to share. I did purchase a FasTrack beforehand for this Ocean Park weekend visit.


To share, I pre-purchased an Ocean FasTrack (7), which entitled me to priority access at seven rides or attractions. I ended up using it only five times.

Never having been good with crowds or scary rides, my favourite time in any theme park is always evening. As the sun sets, the park’s springs to life once more with the switching on of fairy lights, taking on an ambience that’s both magical and mellow.

For this visit, I spent the earlier part of the evening enjoying various Halloween performances, some of which I’ve mentioned in my previous post. By the time it was dark, I was utterly worn out. After snapping some pictures of night-time Aberdeen from a vantage spot, I settled into a quiet cable car ride downhill. I ended my visit appreciating the evening colours of the Aqua City Lagoon. 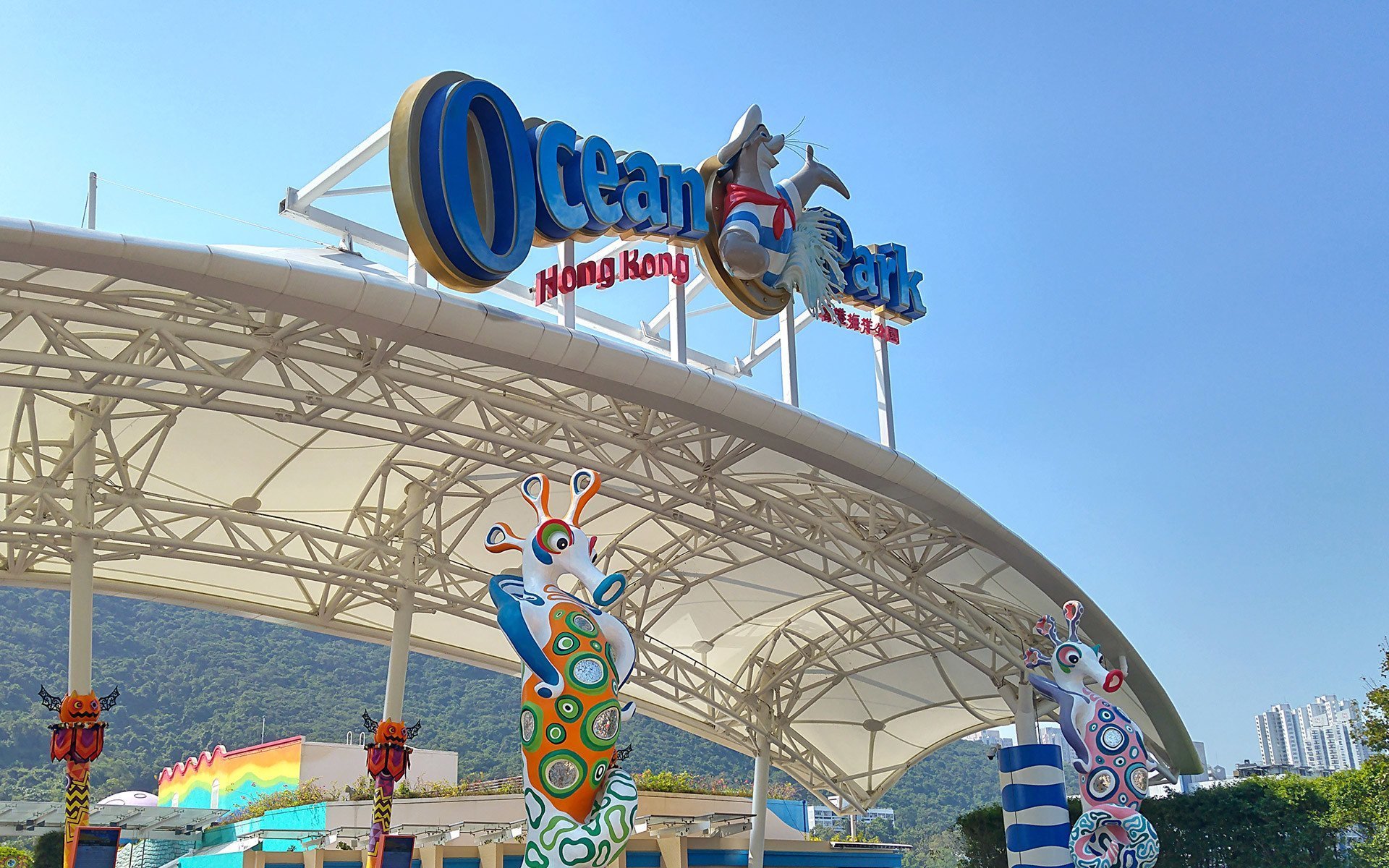