I take a break from my latest video game tourist series to rant about this. The forthcoming World of Warcraft expansion. I.E. Patch 8. I.E. Battle for Azeroth.

I’ve previously mused about this, and for a while, it felt (to me) I might be the next Prophet Velen in the making with my predictions. (At least to myself)

Bah, how way off I was! Turns out I completely failed game prediction 101. My guesses/wishes are not even near.

The Battle for Azeroth. Gosh, even the name sounds vapid to me!

Let me say this first. I’ve read the details about the forthcoming game changes and while I’m not particularly excited, I’m confident Blizzard would handle them well. I think they have long proven their capabilities in managing and continuously improving concepts.

At the same time, even though I’ve mostly been off it since Warlords, I’m still entertained by PvP and PvP-related content. Nothing like squishing an ally wimp or squashing a horde barbarian every now and then, eh?

What’s un-inspirational for me, on the other hand, is the reversion to the Alliance-Horde enmity as the heart of the story. The so-called “return to origins,” to paraphrase what sites like Polygon are saying.

Maybe it’s just me. I’m the sort of guy who dreams about everyone getting along? Not bash each other’s skulls in at every other opportunity?

Or maybe it’s because I began my Blizzard addiction with WoW, and so I don’t feel for the classic RTS storylines. After time-traveling and planet-hopping and demon-slaying, the plot for Battle for Azeroth just feels so old, so dry.

Besides, most of the worst warmongers in the Ally-Hordie conflict are either dead or gone, and Blizzard had over the years introduced characters who seem keen on ending the confrontation for good.


Is this coming expansion then some sort of metaphor by Blizz to state that old wounds never heal, or that once external threats are vanquished, all races would revert to settling old debts? Or is it because Blizzard is truly running out of ideas? And have to resort to milking past successes to the last drop?

Or could it be, could it just be, a masquerade? A disguise for a story twist that would surface in the second patch. You know, like what happened with Mists of Pandaria. When the real end-boss was quite someone/something else.

I’m … I’m not sure whether I should keep fingers crossed! Arggg!

Hmm! The new expansion isn’t as dry as I expected it to be. 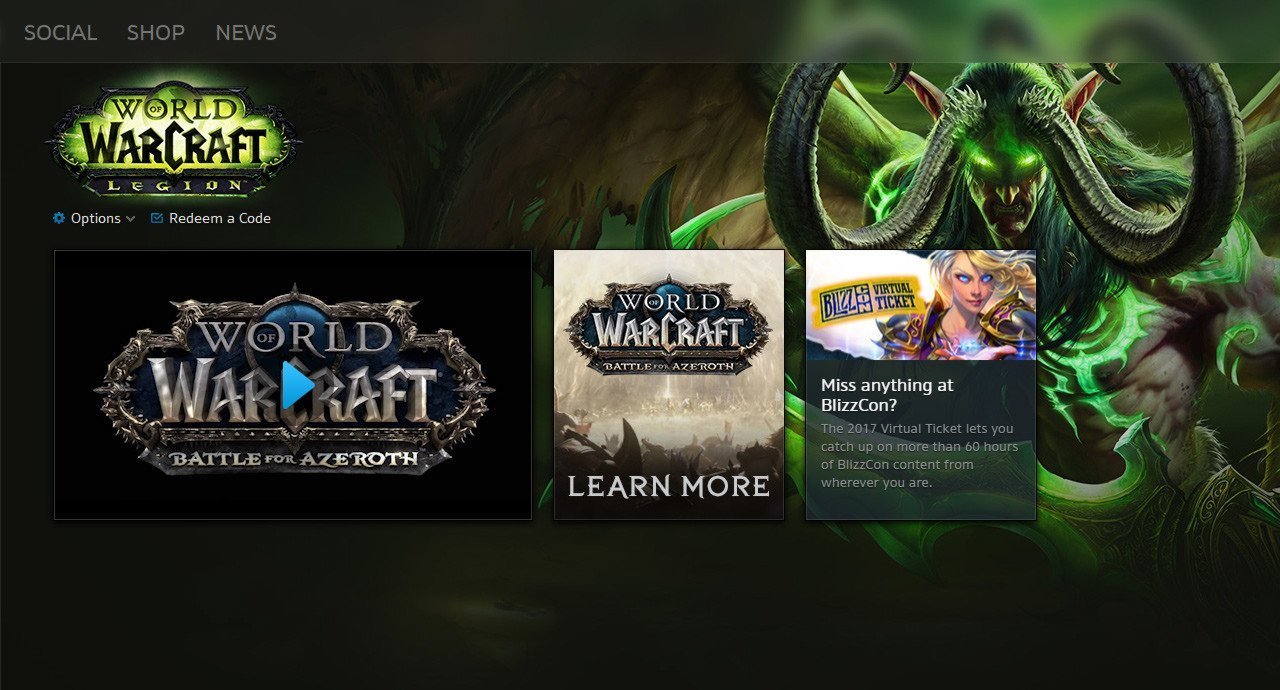 Article Name
Battle for Azeroth Reaction
Description
My reaction to Blizzard’s announcement of the next World of Warcraft expansion. I can only say the Battle for Azeroth is not an exciting development for me.
Author
The Scribbling Geek
Share
Facebook
Twitter
Pinterest
WhatsApp
Linkedin
ReddIt
Email
Previous articleScribbling Geek’s Sleeping Dogs Hong Kong Exploration 1 – North Point Night Market
Next articleChristmas Light-Up in Singapore 2017 Part 1 | Nov 11, 2017

Article Name
Battle for Azeroth Reaction
Description
My reaction to Blizzard’s announcement of the next World of Warcraft expansion. I can only say the Battle for Azeroth is not an exciting development for me.
Author
The Scribbling Geek