Right. You’d know from my latest diary posts that I recently spent a few days in Hong Kong. There’s a long story behind this trip, most of it involving how I painfully cancelled another trip I’ve been planning since June, no thanks to two blockheads who can’t stop talking about nuclear fire.

But, to snip the irrelevant, I ended up spending six tiring, splendid, wonderful days in the dazzling Pearl of the Orient. One reason why I enjoyed this trip so much being …

I got to imagine myself as Officer Wei Shen of Sleeping Dogs fame!

Well, not exactly imagine myself as Wei Shen. I mean, I don’t have tattoos, and the Lord knows what I’d do right away if I ever walk into a triad fight.

But visit the locations that inspired Sleeping Dogs’ open-world I did do, while dreamily serenaded by my favourite songs from the soundtrack. The following are pictures I took at North Point Night Market (北角夜市) i.e. “stage one” of Sleeping Dogs. Was the version in the game a faithful replica of the actual night market at North Point? As in the one located along Marble Road and Chun Yeung Street?

Well, no, not at all. Yet at the same time, it’s also a yes in some ways. What do I mean? Read on to find out!

For your convenience of comparison, I’m including screenshots from the Definitive Edition of the game. (I finally bought it, cheapskate me)
Needless to say, copyright of these shots belongs to United Front.


Before all else, some geographical information.

If you do a search in Google Maps for North Point Hong Kong, you’d immediately notice the actual neighbourhood is quite different from the one in the game. It doesn’t occupy a quarter of Hong Kong Island; I think the actual size is not even a tenth. The real North Point is also more of a horizontal stretch and not a square block. What’s shown in the game is probably inclusive of adjacent Quarry Bay.

As for the night market, it is roughly at the heart of the neighbourhood, just a minute’s walk from North Point MTR subway station. Compared to the version in the game, the actual market is much smaller, with products sold meant more for cooking and daily living.

Overall, the impression I got was also that although United Front explicitly named it as “North Point night market” in the game, they based their version on the more famous Temple Street market over in Kowloon. You do get a Sleeping Dogs feel while visiting the real deal in North Point, but it requires quite a bit of fanboy imagination.

Update 2018: This is embarrassing. I’ve always thought the in-game map was inaccurate in geographical placement. I only just realise that’s not so at all, I only felt that way because I didn’t realise the game map is not orientated to the north. Rotate it anti-clockwise by 90 degrees and there it is. Hong Kong Island.

If you’ve played the game, I’m sure you’d remember Golden Koi. (Pronounced in Cantonese as Kam Lun) Not only was it the starting point for the main story, it was also the venue for one of the most horrific, unexpected cutscenes in the game.

You’d see Sunbeam Theatre right away if you exit North Point MTR Station using Exit B1. What’s noteworthy about it, for Sleeping Dogs fans, is also the unlit signboard at the upper left corner of my picture. The one with the characters 金龍. (Pronounced in Cantonese as Kam Loong)

Those characters mean golden dragon and are just one character away from Golden Koi. It’s also a signboard for a restaurant. Did this inspire Mrs. Chu’s restaurant in the game? Your guess is as good as mine!


On to the night market! What resembles the district in the game begins at an alley behind Sunbeam Theatre. This stretch of Marble Road was closed to vehicles during my visit and there were several apparel stalls lining the roadside. Many of these resemble the ones in Sleeping Dogs, yes? None of the stall owners were … atmospherically beckoning customers, though.

Of note, contributors at TripAdvisor have highlighted that Marble Road is not a night market. To be frank, I agree. The “market” is really just a stretch of pedestrianised road with budget clothing stalls.


What’s considered the actual North Point Night Market is at the western end of Marble road, across the Tong Shui Road flyover. Officially called Chun Yeung Street (春秧街), this is where the action is, so to speak. With reference to the game, the fresh produce stalls here would be where Mrs. Chu buys her cooking ingredients every day.

As mentioned earlier, the actual North Point night market is quite different than the one in Sleeping Dogs, though if you were to examine closely, there are still some resemblances.

For me, what’s closest in feel is probably the cacophony of sounds. Shop owners were enthusiastically promoting their goods, shoppers were bargaining equally energetically. Close your eyes, while off the tram tracks, and it’s not difficult imagining yourself within the Sleeping Dogs world.

A brand new watch tightly hugging your wrist would likely enhance the illusion.

King’s Road is the thoroughfare that slices through North Point. Not entirely satiated by my visit to the night market, I decided to stroll alongside it for a while. Guess what? I immediately had an SD moment.

Incidentally, I took my final shot of King’s Road while listening to The Crossing by Celestial. Its hypnotic strums and the surrounding lights got me quite high!

Continue to part two of this Hong Kong exploration series!
If you like to see more pictures of Hong Kong night markets, please visit my other write-up here! 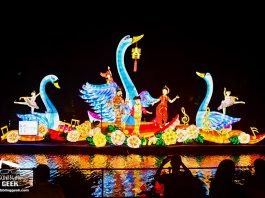 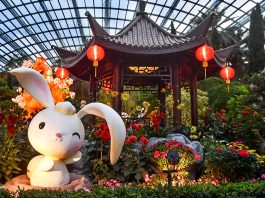 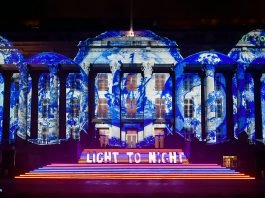