Just came back from a short break in Hong Kong and my, what a tiring trip it was! What a dazzling and colourful adventure too!

Just came back from a short break in Hong Kong and my, what a tiring trip! What a dazzling and colourful adventure too!

Unexpected thrill of this trip was the various Halloween celebrations happening around the former colony, celebrations that I completely did not anticipate.

Now, I’m not a bumpkin. I know what Halloween is and when it’s celebrated. Just that in Singapore, it’s very much a retail and nightspot kind of event, and somehow I ended up presuming the same for Hong Kong.

I certainly did not expect entire streets in Hong Kong to be closed to traffic for celebrations! I also didn’t expect so many people, both locals and foreigners, to be enthusiastically parading around the streets in elaborate costumes.

At the streets in and around party area Lan Kwai Fong, there was literally a beastie lurking at every corner!

I visited Hong Kong’s famous Ocean Park theme park on the second day of my trip, and I definitely encountered more ghouls and goblins than marine life!

All sorts of Halloween-themed events and performances were happening around the massive park, the highlight of which being various “premium” thrills and adventures based on Jigsaw, the new Saw movie. Not only was Billy Doll’s ghastly face all over the park, he was also even used as the main motif in the special festive set meal.

The Saw escape fantasy was one of the premium Halloween adventures, and here’s where I might have made a mistake. (Luckily, not fatal)

As I didn’t plan for Halloween and also because I already splurged on a fast pass, I decided … not to pay for the premium pass. Thankfully, there were many other non-premium, festive attractions to enjoy. My Hong Kong Halloween adventure was not affected!

From mid-afternoon onward, more and more monsters began appearing all over the park, and by sunset, they were positively everywhere.

Many were also quite … unhesitant in snarling at me or flashing devilish faces. It truly delivered the feeling of the macabre springing to life with the retiring of the sun.

At Lan Kwai Fong and the Streets of Central

Two evenings later, on the 31st itself, my Hong Kong Halloween adventure continued after I made my way to the Lan Kwai Fong area at 10.30 pm. I did so despite my feet badly aching from walking the whole day, because I knew there would be a massive street party.

It was the right decision! While I didn’t manage to tunnel my way into the heart of the party area, what was happening around Lan Kwai Fong was more than visual candy enough. With several roads closed to traffic, hundreds if not thousands were walking around the Central district in a procession sort of way. It was my first time in such a ghostly, spooky parade.

Now I know what magazines mean, when they say Hong Kong is the Halloween capital of Asia! 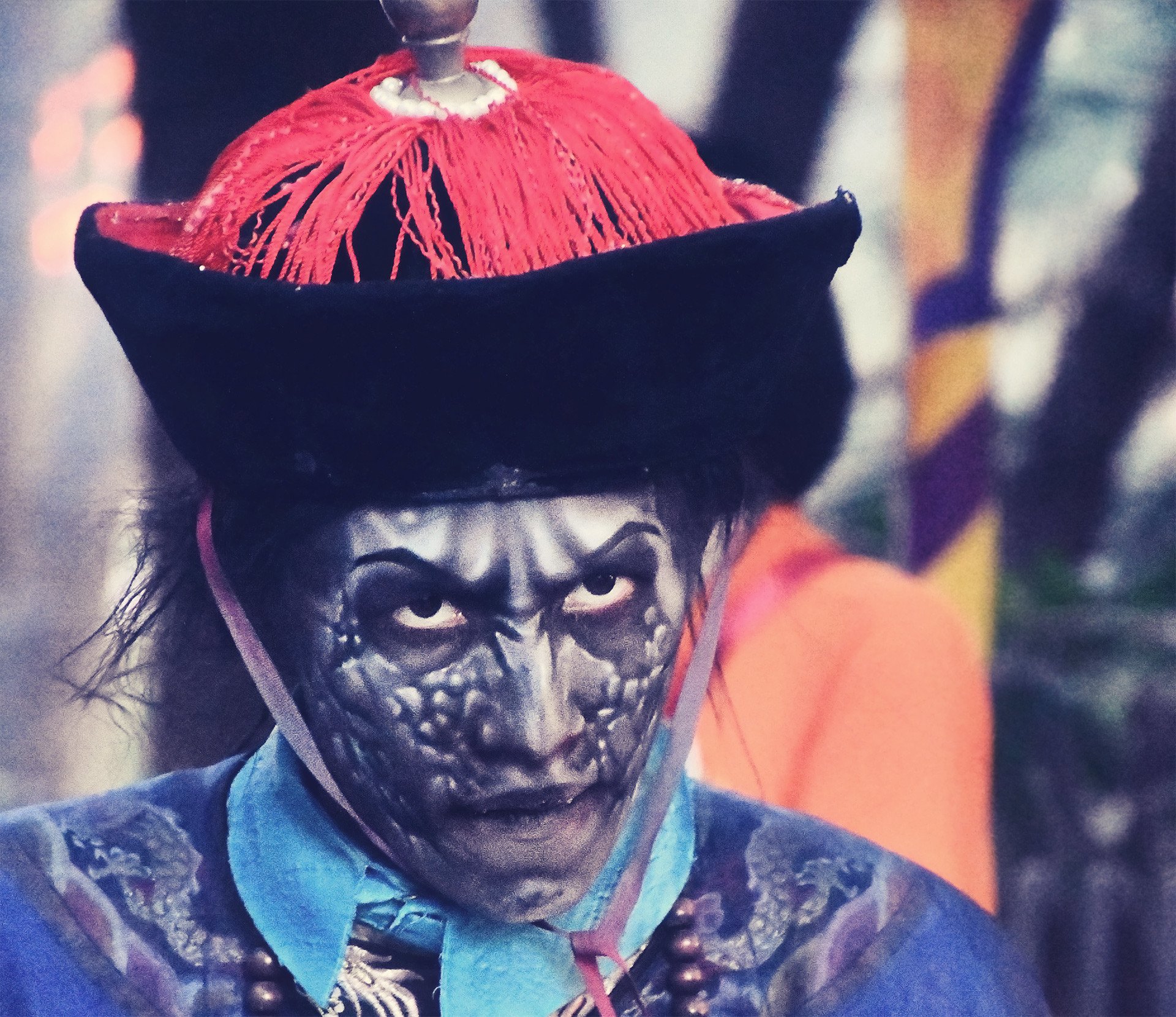