Hot topic, because Kim Jong Un has done it again. Less than 24 hours ago, yet another missile of his raged across the skies of Northern Japan.

As I type this, UN staff are scrambling to prepare for the emergency meeting scheduled in response. I’m no prophet, but I bet it would be a repeat of what we’ve been seeing for weeks. New sanctions would be proposed and approved, and for a few days (hours), the world seems to stand in unity against a rogue (insane) state.

And then Brother Kim releases another projectile, and the whole story repeats.

Yes! Of course sanctions work! They work, but unfortunately, require an astonishing amount of time and perseverance before results are visible. But they always work.

Consider this. The Kims have been at this militarization game for decades. Songun is not only the DPRK’s national philosophy, it’s probably the Kim family chant too. (Songun, Songun, Songun. Pass the soup.)

For the moment, they seemed to have achieved their desired explosive capability, but whether they can effectively deploy this capability without the warheads falling onto their heads, that’s quite another question. Meanwhile, for 70 years, there have only been minor skirmishes despite the constant war-crying. North Korea has indeed committed many atrocities during this period but none evolved into an all-out war. In short, how real a threat North Korea is, is actually quite debatable.

Because with enough time to work, the UN sanctions would not only deplete Kim’s resources for maintaining weapons, however snazzy he is with the black market, his country would also not be able to make new ones. Worse, he might even suffer an internal uprising.

Either his deprived people finally accept this Songun garbage leads only to isolated destruction, or there is enough discontent for one of his generals to successfully stage a coup. Whichever the case, Kim will not survive unscathed. He knows this better than anyone. In desperation, he then tries to scare the sanctions off with one missile launch after another. One mountain explosion after another.

To put it in another way, UN sanctions have effectively kept North Korea at bay since day 1, even if it doesn’t immediately seems so. Whatever Kim Jong Un is doing now is evidence of this efficacy. One could almost say the recent incidences are DPRK’s final attempt to valiantly resist.

Of course, it certainly doesn’t feel this way at first sight, especially for the people living in places under direct threat. For example, Japan. That said, the reality is that North-East Asia has been war-free for decades. Even South Korea, the Kims’ closest enemy, has thrived and prospered into a developed nation. If this is not proof that there is some worth in UN sanctions, then, what is?

The true game here, correspondingly, is a case of not letting Kim Jong Un’s scare techniques work. It’s also not to allow the Big Squeeze to be compromised because of political bickering between those enacting the sanctions.

Naturally, the latter is hard, but is it impossible? I think we all know the answer.

Frankly, I feel the larger danger here is that of opposing politicians sabotaging the sanctions as a quick way to bring down opponents. To end with some food for thought, do you think Kim Jong Un reads American news? If so, does he gloat every time there’s a government shutdown in the US? 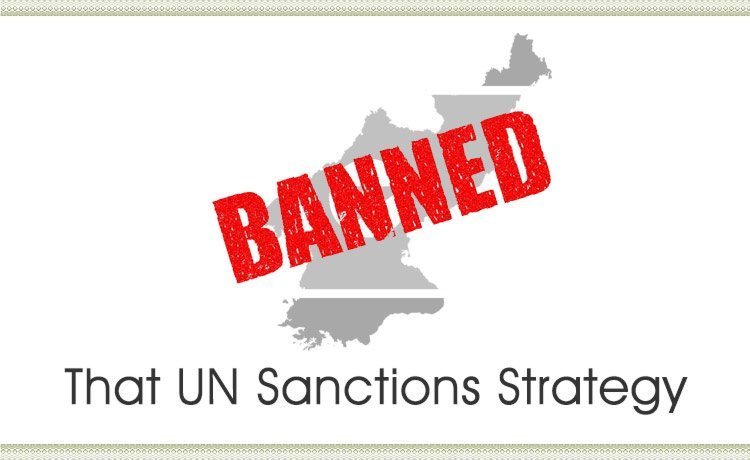