This post purely shares my worries over the ongoing North Korea deadlock. I’m not blaming anyone, neither am I critiquing. More importantly, I am not proposing or endorsing any particular solution.

There are various names for it in the gaming world.

But if you’ve played any RTS or turn-based strategy games, you would immediately know what I mean when I say deadlock.

That situation in which there’s only you and a few other opponents left standing. Everybody is armed to the teeth. Nukes have long appeared in the game too and every faction is stocked full of warheads.

Very quickly, it’s no longer an end game but the beginning of eternity. No one can attack without risking annihilation or backstabbing. No one can make a move without the very real tragedy of losing everything meticulously built over the hours of the session.

Sounds familiar? I’d be very surprised if you’ve played RTS games, and not ended up in at least one such situation.

To share, I’m particularly prone to such deadlocks, be it in pure AI sessions or with other human players. This has a lot to do with my style of build-up, once commented by a nasty online opponent as ultimate turtle cowardice.

I love to splurge on my armies, you see. In turn-based titles like Civilization, I even have a schedule in which I MUST expand my troops every fixed number of turns.

At the same time, despite my vast armies, I never, ever, attack anyone. (For that reason, I do not get the Domination trophies in Civ games) To put it in another way, I am indeed the ultimate turtle i.e. completely defensive. In titles like Empire Earth and Age of Empires, I even surround my territories with circles and circles of walls, the length of which would put China’s to shame.

The long and short of it, unless you’re that formidable a player, you’re going to find it really wearisome to attack me because I always fight on home ground. Your losses are going to be humongous and if there are other factions about, well, you invite backstabbing when you move against me.

To make it even more challenging, I typically keep my territories compact; I use the “tall” cities strategy. You’d be lucky my jets and missiles don’t blow your troops to Alpha Centauri before you’re even near.

Here’s what I do when trapped in such deadlocks. I retire. If it was an enjoyable session, I thank the other players and graciously surrender.

If it’s a pure AI session, I’d would “YAHHHHHH” and … launch all my nukes and ICBMs. Then I off the darn game before retaliation comes.

Needless to say, there’s no “offing” or “retiring” in our real world.

So I’ve read, Kim Jong Un is a gamer. Was a gamer. His ex-schoolmates shared how he was obsessed with video games during school days.

You know, I do wonder whether Kim played the same RTS games as I did back then. And how he dealt with end game deadlocks.

If he did play, I’m confident we have the same strategies. We love the build-up. We love arming ourselves silly too. But we abhor, utterly abhor, confrontations and deadlocks. In a way, we just want to be left alone in our little worlds of glory and power, albeit without sanctions.

I love staring at my virtual buildings and cities.

He probably adores staring at his statues and creating the occasional artificial earthquake. (A miracle! Like those in Age of Mythology)

Hopefully, hopefully, Brother Kim doesn’t make it a point to release every missile before switching off his games. As I do.

Hopefully, he also realises soon that as powerful as he is in North Korea, he is but another player in history. Not a particularly important one too, if I dare say so.

Pull the plug, if any, but please keep it at that. No ‘cussing, no raging. Certainly no suicidal, missile-rain swansong. 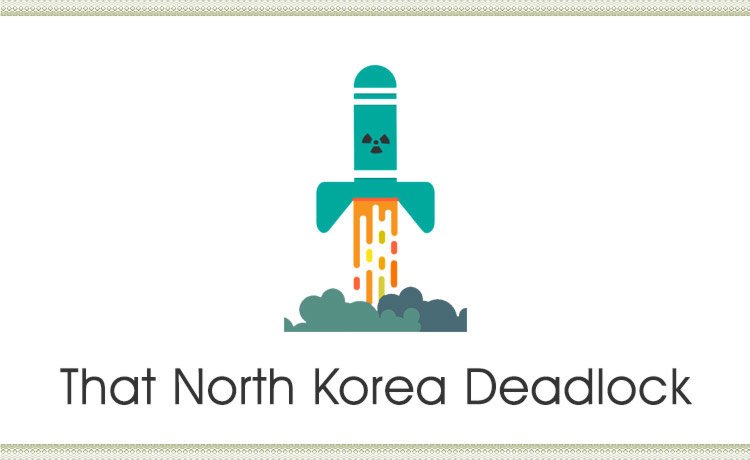