Nikon D7500 scene settings picture samples. If you haven’t, please check out part one of this informal review of the Nikon D7500!

“Scenes” have been available in Nikon cameras for years. They were already there in the D5000, which was the model I used between ’09 and ‘12.

The truth though, I’ve barely, if ever, used these “scenes.” Not that they don’t work, they usually do. Just that, too often, they don’t provide the level of control I look for or require. Whatever enhancements they supposedly provide in processing also pale in comparison to what I can do in Adobe Photoshop. Creamier skin and softer facial features? Hey, I can make a person glow like an angel in PS!

That … said, I’ve of late come to realise my hubris miiiiiighttttttttt have been giving me a lot of unnecessary editing work. As in, if the camera can do the basics, why not let it?

Why insist on editing .nef raw files, or fumbling with the dials every other shot? Moreover, it’s near ten years since Nikon introduced this function, surely they are better now.

For these reasons, testing Nikon D7500 scene settings became a main task for me after the camera. I spent several days trying out as many of them as possible.

This is embarrassing for me to say. For all sorts of reason, I do not have friends or relatives willing to be used as subjects for this post! Thus, I have to resort to street buskers for the human ones!

These are the wide aperture, blurred background Nikon scenes for people shots. All three settings performed reasonably with a 5.6 aperture, though for Night Portrait, a quicker shutter speed than 1/30 might have been better.

According to the manual, D7500 Portrait and Child scenes maintain natural, soft-looking skin, while Night Portrait evens balance between subject and background in low-light situations. I presume that these effects were achieved through digital enhancements done before JPG outputs.

By comparing the JPGs and the raw .nef files, I also deduced that it’s mostly a case of bumping up saturation levels, darkening certain colours, and fine-tuning contrast. All in all, convenient for quick shots of people in various environments, with admirable results. Probably the most useful scenes for most D7500 users too.


Again, according to the manual, this scene produces vivid shots in daylight.

I don’t know what Nikon means by vivid but overall, the output looks several inches too saturated, with the mid-tones too darkened as well.

On the other hand, the aperture of 11.0 worked perfectly with the autofocus, creating consistent sharpness throughout. While I personally would not prefer to use this scene, I suppose it would be great, if only as a tutorial, for amateur landscape photographers.


Not going to hide it. I’ve never had any success with the Sport scene setting on my other Nikons. The shutter speed chosen never seem to capture everything. Too often, four-digit ISOs also result in horrific noise output.

Issues which are not at all noticeable in the shot below, as you can see.

I have to say I’m quite blown away. The picture is a little dim, but that’s only because I didn’t do any EV compensation. Outside of that, everything else is great! Even the right focus is used, with the rear players appropriately blurred. At this point, I have to say my impression of D7500 scenes is very, very positive.


I don’t have a macro lens. I seldom shoot close-ups too. Thus, I’ll leave it to you to evaluate this output.

To me, it feels pretty decent. The DOF is adequately handled. I’m guessing that with a proper macro lens, this scene should churn out some pretty awesome pictures.


Like the Sport scene, I’ve never enjoyed any success with the Night Landscape setting on my older Nikons. It’s either too high ISO with poor noise reduction, or the shutter speed necessitates a tripod. Because of these, I stuck with using manual mode for such shots.

But here’s where the D7500 really shines, in my opinion. While the picture above has imperfections, it came out much better than expected, especially in the area of noise management.

Despite the shutter speed of 1/30, I also do not see any camera shake, which means the VR function of the kit lens is doing its job well. In short, Night Landscape is probably one of the best scenes to use on the D7500. I can foresee myself using it very heavily for a lot of informal evening shots.


Like Night Portrait, this scene also uses a wide aperture, though shutter speed is significantly quickened by several stops.

With the flash not even firing once out of the ten-plus pictures I took, though, I ended up with rather dim albeit evenly exposed pictures. At the same time, despite the wide aperture, there was no bokeh at all, which has to be the handiwork of the auto-focus.

To summarise, I think this scene has the potential to work admirably. But only with appropriate degrees of exposure compensation.


This scene uses a wide variety of apertures, with shutter speed mostly being very quick.

I think what matters here, however, is the auto switch to the direct sunlight setting for white balance. As my shots aren’t proper “sunset” shots, I can’t determine the efficacy of this scene. However, the Nikon D7500 is on the whole, pretty accurate with colours in other settings.

In other words, I presume there wouldn’t be any nasty surprises when taking a proper sunset photo with this scene setting.


I love blue hour shots. Do you? This was thus one of the scenes I experimented most with.

It mainly uses a wide aperture with a moderate shutter speed, with white balance set to manual. (The cooler range, I suppose). By comparing the JPG and the unprocessed .nef file, I can also confidently say the Nikon D7500 does various tweaks to make the image “pop” out.

On the whole, I rate these tweaks eight out of ten. You’d love them if you don’t mind the occasional heavy touch.


The manual recommends this scene for fields of flowers, orchards in blooms, etc. Other than using a medium aperture and shutter speeds suitable for handheld situations, I think what the scene does is that it jacks up saturation levels and darkens common plant colours like green, red, yellow, etc. What do you think? I would say the scene does a very good job of everything.


I’m placing it last here, but Food is actually the scene with the heaviest application for me. Nope, it’s not because I post #foodporn every other hour on Instagram, it’s because food is what I focus on in my stock library portfolio.

As you see from the below shot, the D7500 does a pretty awesome job (again) with noise, more or less the same for balance and colour too, although though the autofocus doesn’t always get it right. (Not a big deal for focus; there’s always manual spot selection)

In Adobe Photoshop, the “Auto-Contrast” function also brought about no change at all, which is a reliable sign that the shot is ideal in that area.

To summarise, this scene feels very promising and exciting to me. Like the Night Landscape scene setting, I see myself using this a lot down the road. Meticulously recording my faux gourmet journey in un-exotic places.

It would be inappropriate not to include a picture shot using the “Auto” setting. Scenes, after all, is but the Nikon D7500 on auto mode but with more advanced setup.

The following shot was taken under a moderately challenging situation i.e. dim exterior with a variety of lights. How do I think the camera fares? I give it a full ten, to be honest.

The Nikon D7500 also has various “Effects” settings, but I wouldn’t be reviewing these as I feel they are more fun to discover on one’s own. Instead, I’d be looking at video capabilities in Part 3. Something very exciting, and important, for everyone nowadays. 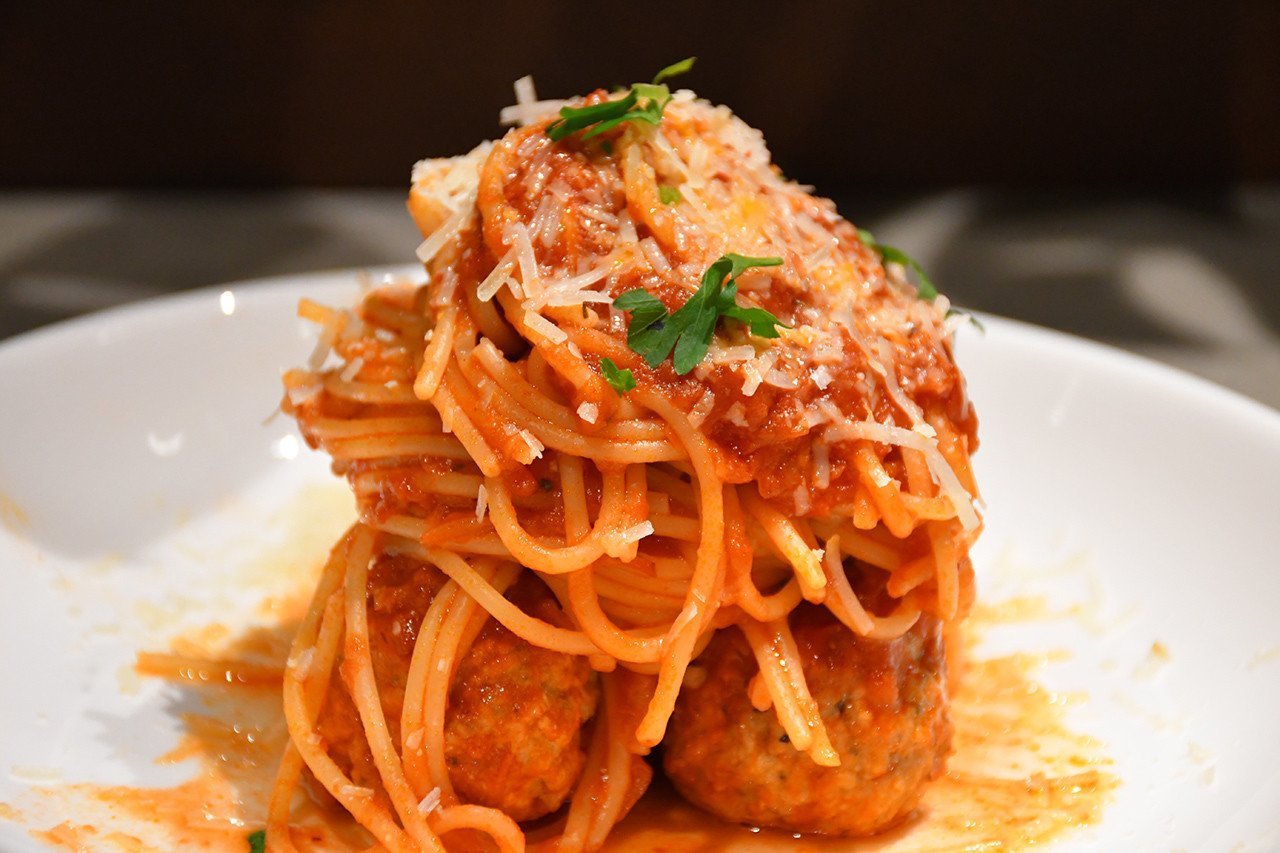