After many weeks of valiant temptation resisting, I’ve succumbed and upgraded to the Nikon D7500!

To share, I’ve been using a D7000 since end-2012. In other words, I’m doing a horizontal move here, instead of a vertical one, if you know what I mean.

When debating whether to buy the D7500, I naturally weighed it against its supposed closest relative, the Nikon D500. What finalized my decision? I would say it’s the following five reasons:

Right. Those are my reasons for getting the 24MP Nikon D7500. Now for the body of this post. The REVIEW.


I don’t intend to write about the many technical features of the D7500. Many websites have covered those. I have neither the expertise nor the knowledge to write about such topics too.

Instead, this Nikon D7500 review will focus on me being “myself” i.e. more or less what Nikon calls a “prosumer.” In (more) other words, how a user like me feel about this new model.

“Prosumer” is, by the way, a common photography sales literature term used to describe people who do not mind spending more on a DSLR but would not require the most advanced (i.e. expensive) features. In many ways, I feel it fits me.

While I’ve mostly used my cameras for personal purposes, I have done some paid shoots for factories and hotels. I’ve also been selling in a stock image library for almost ten years.


What I look for in a DSLR are thus ease of usage and competent handling of basic functions. To cut it short, for this review, I’m mainly going to share the pictures I took with the Nikon D7500 since getting it last week; this is a usage review. Here and there, I’d also include some comments or highlights.

On Nikon’s page, the D7500 is promoted as having a “lightweight monocoque structure made of carbon fibre composite,” offering durability against shocks, a more comfortable grip, and so on. This is versus the magnesium alloy used in my old D7000 and the new D500.

Let me put it this way. The new material is certainly lightweight, which I appreciate. But there’s also no denying that there’s a certain cheaper feel to it.

Which shouldn’t matter to me in the long-run; I’ve mentioned above I’m a very careful user. Also, if this material is what’s providing a 50++g weight savings over earlier 7000 series models, then I’d say too that I’m more than happy to have it.

Silly as it sounds, every gram matters to someone like me, especially when out the whole day with a tripod. The convenience this brings would be further magnified when I’m traveling, I believe.

Having just “graduated” from the D7000, I needed a while to get used to the various changes in button layouts.

The one that affected me most was undoubtedly the ISO button, which is now its own business next to the shutter button. My guess is that Nikon implemented this change so that a user can continue peering through the viewfinder and still be able to switch ISO easily.

For the moment, I’m still getting used to it. Being where the EV button previously was, I keep accidentally switching exposure, instead of sensitivity!

The Tilting Monitor and Touch Screen

You’re going to laugh at me. I didn’t know the monitor is extendable and tilting till after buying the D7500. Neither did I know it was touchscreen too.

I defend myself by saying, these aren’t important features to me. I wouldn’t have mouthed a word had the screen remained the same as that on the D7000.

Here’s another thing for you to laugh at. I didn’t know there’s only one memory card slot now. I had quite a surprise after paying for the camera, opening the box, and discovering there’s only one.

This immediately felt to be a big deal. It took me quite a while to calm down and to accept this is very likely a superior move.

To be quite honest, I’ve never probed into the deeper functions of any of my DSLRs. I also do not use the retouch menu. I strictly rely on Photoshop for everything else outside of basic shooting.

There’s little to probe, anyway. Nikon has always been pretty reliable and consistent when it comes to functions, as long as you don’t expect miracles.

Oh, I ought to comment on the speed of transfer. YES, it’s fast. Very fast. But note that I was using EXSPEED 2 but a week ago. EXSPEED 5 is thus like, lightning to me.

My current situation is that of a country farmer stepping into a city for the first time.

But before that, allow me to highlight the D7500 feature I was most keen on investigating i.e. noise management at high ISO.

According to various write-ups, the reduction of megapixels and the omission of a low-pass filter in the sensor allow for a new i.e. superior level of noise control. Quite honestly, while I was sure there would be improvements, I was sceptical over how wonderful it would be. How exactly did the D7500 fare? Take a look at my pictures!

All shots were taken with the kit lens. None of my usual Photoshop “enhancements” too, except for resizing and in some cases, cropping. These are the JPGs direct from the camera, at JPG Fine level.

First of all, this cathedral shot was my first time ever shooting a night landscape at ISO 16000. The number is just shocking to look at, don’t you think so?

As for the results, well, noise is definitely visible. But it was also handled far more competently than I expected; it’s mostly the darks that have an issue.

I left the High ISO NR at standard level too, by the way, so I believe the D7500 is likely capable of further improving the situation, at the cost of some crispness.

On crispness i.e. sharpness, this was wonderful. I didn’t use a tripod and it’s obvious the VR function was doing its job. Overall, an impressive start for the test.

I have to say I was quite stunned upon reviewing the above two pictures, especially the first one.

At the ghastly level of ISO 51200, the noise output actually felt lesser than that of the cathedral picture. And once dropped to 6400, it’s only noticeable beyond 50 per cent zoom in of the original size. At this point, I was more or less convinced the no-low-pass-filter, new CMOS sensor of the D7500 is indeed as good as Nikon says.

BTW, all shots in this post were taken with auto white balance and ISO. Focus was also on auto. As you can clearly see, the camera was handling all aspects brilliantly.

Right, this portrait orientation one is Photoshop enhanced, primarily for the purpose of further controlling the noise level in the darks, and balancing highlights and shadows. Sharing this to show that the higher ISO outputs from the Nikon D7500 are more than manageable in an editing software. I did the clean-up in less than 5 minutes.

The auto focus didn’t fail me too. Look at how sharp all important details are.

Alright, a mixture of difficult conditions here. The lights, the movements, the SWEATY crowd. I wouldn’t talk about noise management again, since it’s obvious the Nikon D7500 is a winner in that aspect. In terms of focusing, the auto-focus managed to get most spots correct. The only time it failed, dramatically, was when someone in front of me suddenly lifted his cellphone up high.

Overall, my only issue here is with highlights, which feels a tad too washed-out. (Some users might prefer it that way, though) I’m not sure whether increasing D-Lighting or turning on HDR would help; I usually leave D-Lighting at norm and HDR off. Anyway, this is not a big issue for me since I can easily minimise the overexposure in Photoshop.

This is my favourite picture from the test session, shot in shutter priority mode. I think everything is just, perfect? Well, maybe not technically perfect in every area but a good balance of strengths overall.

I’d add too that I hardly expected the shot to turn out this great because I was fumbling. I didn’t even check my settings and I just snapped away. This output convinced me that I now have a really dependable and versatile beast in my hands. For my level of need and skill, and budget (ahem), I believe I made the right decision getting the Nikon D7500.

For Part 2 of this Nikon D7500 review, I’d focus on a  function I’ve barely used till now. Scenes. 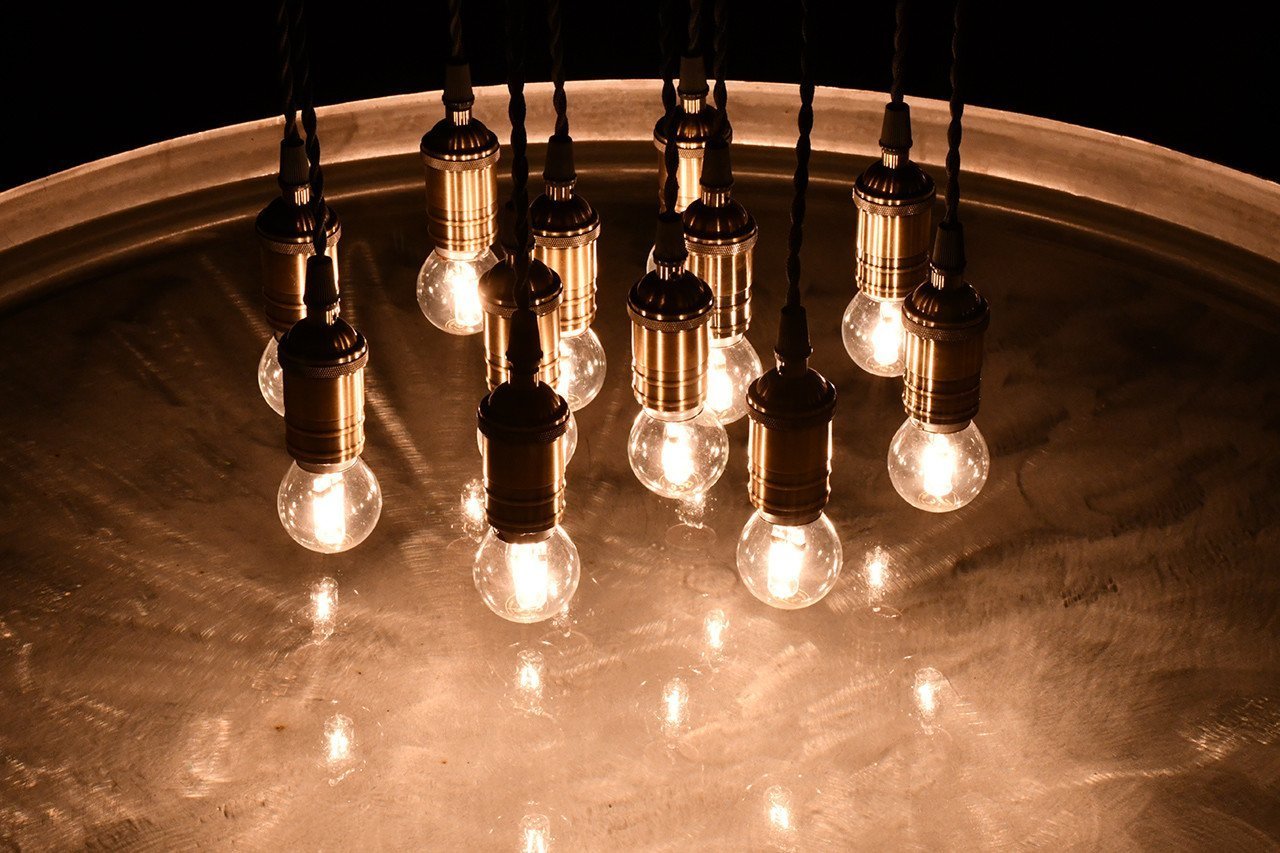