Again, as I wrote in the second part of my double post on the Night Festival, I visited the Peranakan Museum while touring the Fort Canning zone of the festival. Here are the photos taken during that brief visit.

This is not my first visit to the Peranakan Museum, though the previous time I went in was eight years ago in 2009. Since then, I’ve long been intending to revisit, but it became one of those things I think about every now and then, but just never got down to.

The museum opened till late as part of Singapore Night Festival 2017 was thus the perfect opportunity for me, especially with me carrying my DSLR. What’s more, I simply adore visiting museums at night.

Somehow there’s a completely different feel, even if you can’t actually tell any difference when inside. The entire ambiance is just, I don’t know, so much more romantic?

A Nocturnal Tour of the Singapore Peranakan Museum

Incidentally, I didn’t read most of the display explanations as I was “rushing” for time that evening; there was one more night festival area of the Fort Canning zone I wanted to get to. One of these days, I probably return to have a more detailed look at everything. (Hopefully, not eight years later!)

Speaking of heritage decorations, I once thought about doing up my home that way too. Eventually, I decided I’m too rough to be able to handle all that lacquered wood.

Went in again and took this picture. It’s a glow-in-the-dark mural, one of the featured displays of the night festival.

I have to say I’m rather neutral to it, overall, though I enjoyed the cha-cha music that was playing in the room!

Here’s how you can visit the Peranakan Museum, and two other Singaporean museums within a day. 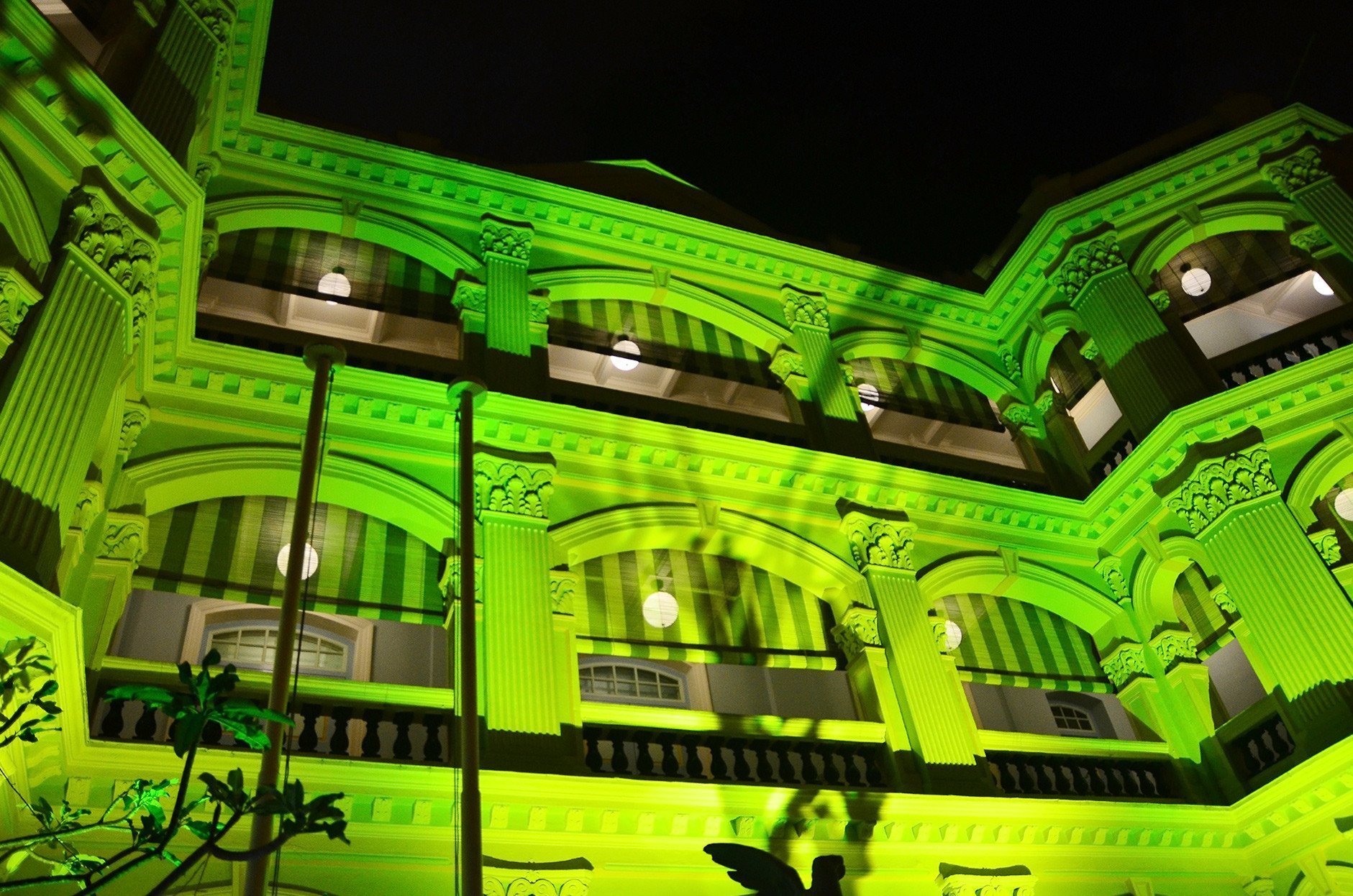