The second part of my evening at the Singapore Night Festival 2017. This post mostly covers the Fort Canning area of the festival.

In Part 1, I ended by saying I skipped one of the key highlights at the National Design Centre because of opening night queues.

Moving down Victoria Street, I made my way back to my starting point i.e. the National Museum of Singapore. From there, I headed for the Fort Canning zone of the festival..

Nonetheless, I enjoyed this brief visit very much, having not visited the Cathedral for a long time. So as not to confuse this post, I’d put up the pictures that I took there in another write-up. For the moment, let me just share this picture, which was taken in the car park of the Cathedral.

There were various displays along the way up Fort Canning. These didn’t really interest me, although they seemed to be quite popular with young parents and their children.

The one that did catch my attention was The Tree that Blinked by Karel Bata, located right beside the National Museum. This ghostly display uses spotlights to form a person’s face on a large Banyan Tree, which then blinks and changes every now and then.

Thing is, you need to look at it from a certain angle to see the face; otherwise, it’s just a mess of overlapping lights. Because of this, the face literally pops out at you the moment you shift into the correct viewing spot. I found this to be very, very smart.

Using the escalators next to the National Museum, I then reached the mid-level (?) of Fort Canning, and immediately saw The Flower of Life and the Infinite Self by Starlight Alchemy.

This tessellated dome is supposed to represent a flower of life, with the interior also lined with numerous convex mirrors. As you can see from one of the pictures above, one of the “must-do” activities here is to take a selfie using one of these convex mirrors; practically every mirror had someone posing with a DSLR. I decided to give it a go too. The effect is, hmm, interesting.

At this point, along me to digress and get maudlin. This is a picture of Canning Rise, which I strolled down to return to the lower areas of the Night Festival.

I’m sharing this because as I walked down the slope, I realised that the last time I did so was nearly 20 years ago.

To cite a cliché, time flies, doesn’t it? Thing is, you don’t realise the depths of this saying till it slaps you in the face like a used gym towel. All of a sudden, my legs felt heavier. The night suddenly seemed quieter too.

Once off Fort Canning,, so to speak, I headed to the Peranakan Museum at Armenian Street. Like the National Museum, the façade was lit and the museum opened for visits.

Comfortable that I’ve mostly covered the outdoor areas that I wanted to, I went in and spent the next half an hour snapping pictures of the exhibits. These I’d share in another post. For the moment, allow me to just put up these three pics.

My final destination for the night was Secrecy at the Armenian Church. This one is a little more subdued compared to the displays elsewhere; likely to suit the secret grove-like feel of the church courtyard.

The downtempo music drifting through the courtyard also well complemented the overall ambiance. 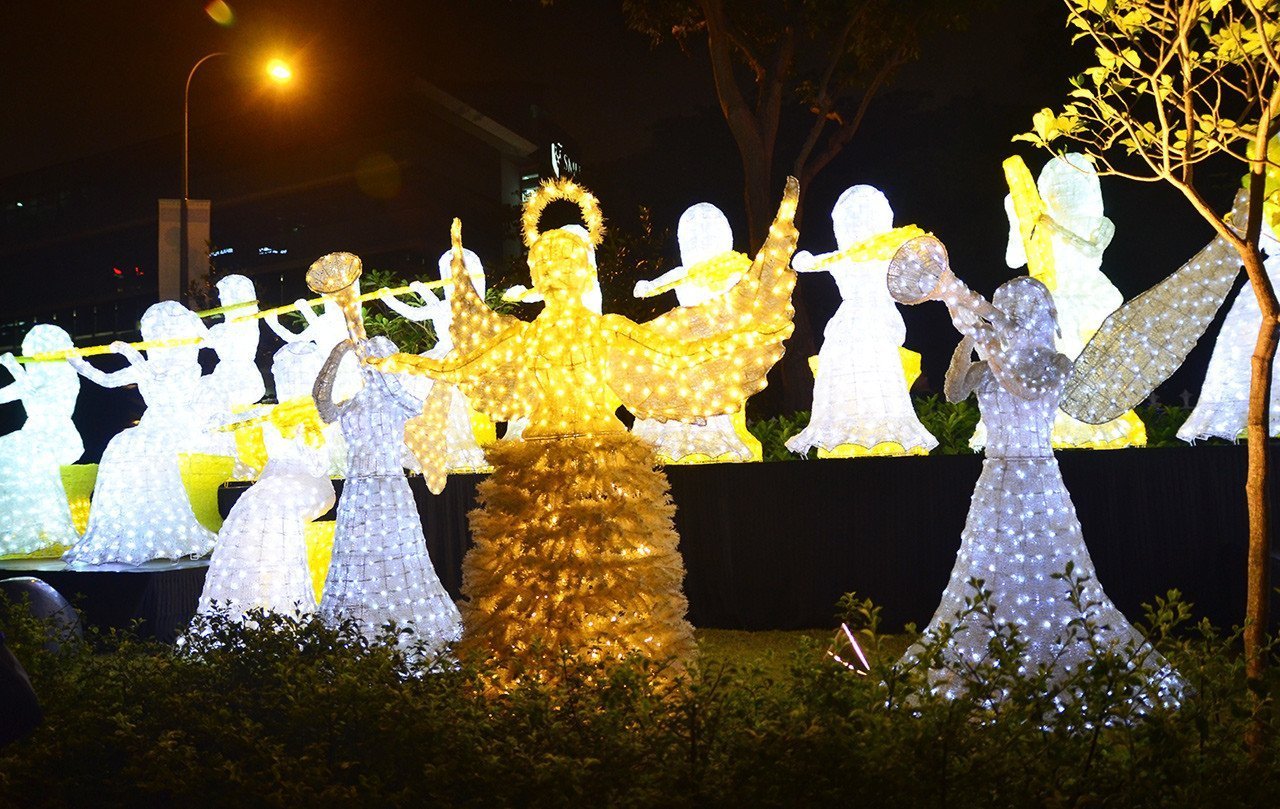