What is the Singaporean identity? Helpful, kind, diligent, humble? Or is it to know how to eat laksa in at least three ways?

An ugly controversy, literally. It involved the finalists of a certain Miss Singapore Beauty Pageant 2017 being condemned as, well, ugly. How it would also be a huge embarrassment should any of these women represent the country overseas.

All sorts of … ugly comments were thrown about online. Heated words in part fuelled by the wise or unwise decision of the organisers to include “Singapore” in the pageant name. Before long, the whole issue evolved into a debate over how un-Singaporean some of the finalists seem. This came about because, at a glance, it’s immediately obvious that some of the finalists are of ethnicities uncommon to Singapore. Specifically, they don’t belong to the four main ethnic groups that make up nearly the entire local population.

The matter stirred up enough emotions to warrant the mainstream media writing about it. One of their write-ups then revealed how six of the 19 contestants were permanent residents, not Singaporeans. This revelation was soon followed by another article containing statements by Singaporeans on whether PRs should or should not be allowed in such pageants. The second article, in particular, also dwelled on the question of who exactly possesses the qualities, the Singaporean identity, to represent the country in such a way. Given the touchiness of the issues involve, there was expectedly no concrete conclusion in that second write-up.

“The Values and Traits of a Born-and-Bred Singaporean”

For the record, I dislike beauty pageants. I stopped watching them a long time ago.

No matter how they are presented, no matter how Q&A sessions are structured to imply the importance of wit and inner beauty, such pageants still feel demeaning to me. They enshrine gender prejudices we teach children never to live life by.

But, I’m not the sort who would lobby against something just because I dislike it, and so I am only interested in the responses consolidated by the mainstream media. Particularly, those that stated that such pageants should only be open to Singaporean citizens.

In the words of a certain doctoral student interviewed, PRs should not be representing Singapore, because they “will not likely hold the values and traits of a born-and-bred Singaporean.”


Hardworking, friendly, resourceful, tolerant? But … aren’t these the traits most if not all societies claim to have? Especially in travel and business brochures?

How about, the ability to dish out a top-25 Singaporean dishes list at a moment’s notice? Oh come on, that’s just superficial, isn’t it? As superficial as the swimwear parade of a third-rate pageant.

Or … is it something more quantitative? For males, whether you have completed military service. For everyone, how many years of income taxes you have paid to the country. As for women, have you done your duty to the next Singaporean generation by giving birth?

Maybe, maybe it’s far simpler things. Things like obsessing over NDP tickets and going hysterical during the actual show. Slapping the “I love Singapore” declaration like a wet towel in every other conversation. Incessant demands for jobs only for Singaporeans, and only locally-born Singaporeans. The celebration of shaming of anyone that remotely behaves non-Singaporean-ly.

I could go on and on. But the summary is, I truly have no idea what are the unique values and traits of Singaporeans. And that is why I find all such arguments about being Singaporean, about the Singaporean identity, extremely boliao (无聊).

Or wuliao, if I were to use the Mandarin pronunciation. It’s means inane.

Doesn’t help that most Singaporeans ranting about the Singaporean identity tend either to be promoting their own achievements or careers, or in the illusion / delusion that they are achieving some sort of socio-political gain. A lot of times, many also seem purely hungry for the kick of dissing something or someone else online.

Especially doesn’t help that despite completing National Service, paying all my taxes, regularly eating Singaporean food and blabbing in Singlish, “born-and-bred” here for 40 over years, I’ve been condemned as un-Singaporean throughout my life. Because I like weird things, because I shun national events, and mostly, mostly because I decided to remain single.

You know what? I think we ought to have Mr. and Ms. un-Singapore pageants. There would be still be controversy, because that is now the way life is on this island, but at least there wouldn’t be any debate over who contestants should be?

Everyone qualifies. Everyone is a potentially a winner. It’s becomes a straightforward matter of who is most deserving of such unglamorous but painfully accurate titles. The judges’ job are easy. 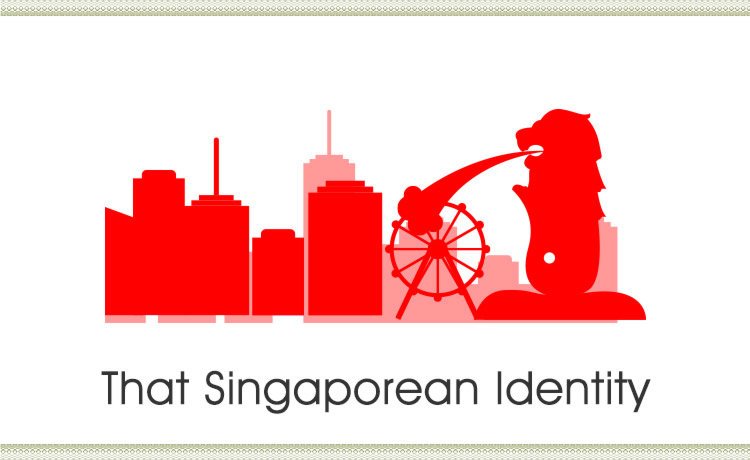 Article Name
That Singaporean Identity
Description
The Singaporean identity, what exactly is it? Is it to have a face that immediately declares you were born and bred in the Lion City?
Author
The Scribbling Geek
Share
Facebook
Twitter
Pinterest
WhatsApp
Linkedin
ReddIt
Email
Previous articleMovie Review – War for the Planet of the Apes
Next articleVisiting the ARM Cuauhtémoc | Jul 20, 2017