Sleeping Dogs is in my opinion, the best 7th Gen video game to enjoy a virtual Hong Kong trip with.

Ever been to Hong Kong?

If you have, I sure you’d agree with me when I say the former British colony is such an incredible mix of the East and West, the old and the new, and the rich and the poor.

Within moments of stepping foot in Tsim Sha Chui, or Wan Chai, or just about any other Hong Kong district, you are also surrounded by so many unique sights and sensations. While irresistible food seems to beckon you from every other cafe and restaurant.

If you have yet the chance to visit this amazing city, well, it’s a pity, but not an entire tragedy, for there is an easy way to virtually visit Hong Kong. In 2012, after years of transfer and development difficulties, Square Enix published what is now celebrated as one of the best open-world games of the 7th generation.

Inspired by the popular Cantonese triad movies produced in abundance in the 80s, United Front’s Sleeping Dogs is a dazzling, brutal, and poignant adventure centred on an extended mission of undercover cop Wei Shen. With the game’s open-world featuring the most renowned areas of Hong Kong Island, this is a game practically made for virtual tourism. I’d go to the extent of saying it is a must-have title for all video game tourists.

But First, a Brief History of Hong Kong, the “Stage” of Sleeping Dogs


Hong Kong has been inhabited since prehistoric times but it remained largely unknown and unmentioned internationally till the First Opium War.

After that disastrous fracas, Hong Kong Island was reluctantly ceded to the victorious British Empire by Qing Dynasty China in 1842. Further defeats saw Kowloon also lost to Britain in 1860, followed by a 99-year lease of the New Territories in 1898.

Satisfied with its new possession of one of the best deep-water harbours in the world, the British went on to establish a crown colony, one that continued to grow and prosper till modern times.

British control of Hong Kong subsequently lasted all the way to 1997, when all three territories were finally returned in full to the People’s Republic of China. (Amidst much unhappiness, might I add) Today, Hong Kong remains one of the leading cities in East Asia. In addition to being a global economic and cultural powerhouse.

What the Name “Hong Kong” Means

The name “Hong Kong” might be confusing for new visitors. Translated as “Fragrant Harbour,” it can refer to the first island ceded to the British or the entire ex-colony.

Generally speaking, usage of the name under most situations today denotes the various territories as a whole. However, in daily conversations, some locals might still use the name to specifically refer to Hong Kong Island.

To give an example, “crossing over to Hong Kong” could mean going from Kowloon to Wanchai, Central, etc, by crossing over gorgeous Victoria Harbour. To add to the confusion, some travel literature also refers to the crossing in this way.

All game screenshots are owned by United Front Games and Square Enix London.

Coming back to United Front’s Sleeping Dogs, this was my first proper open-world game on the Xbox360. With embarrassment, I’d share that I didn’t even have a clue what “open-world” was till I played Sleeping Dogs. For that matter, I didn’t even know about the game beforehand; I downloaded it for free from Xbox Live Gold.

Five minutes into the game, and I utterly captivated. Not only did the game contain spectacular action and an engrossing story, Sleeping Dogs reproduced the best of Hong Kong Island with astonishing, mesmerising flair.

While Hong Kong sights have appeared in games such as Bujingai, never before has the fragrant harbour been rendered on such a scale, and with such detail and sound! To share again, Sleeping Dogs was the game that inspired me to someday write articles about traveling the world through video games. Till today, I still regularly replay it, mostly just driving around the vast areas while listening to the in-game soundtrack.

Each time, I never failed to experience the enjoy of a virtual Hong Kong trip, all from the comfort of my living room.

Sleeping Dogs is a classic Hong Kong gangster triad story. Protagonist Wei Shen is an undercover Hong Kong-American police officer tasked to infiltrate the powerful Sun On Yee Triad, the top criminal organisation in the dense city. His combat prowess soon captures the attention of the leaders of the triad, and before long, he is promoted to the rank of a branch leader.

As the triad descends into open civil war over who is to be the next chairman, Wei Shen finds himself locked within the power struggles between the two most powerful Red Poles (commanders). This, naturally, gives him the golden opportunity to cripple Sun On Yee for good. That said, the slightest mistake could result in a horrific death at the hands of the triad’s most notorious torturer. To achieve his objective, Wei Shen might also have to betray those who closest to him.

Our Guide for this Hong Kong Trip, Officer Wei Shen

The starting area of Sleeping Dogs, North Point (北角), or Pak-Kok­ in Cantonese, is a mixed-used urban district in the northeastern part of Hong Kong Island.

Densely populated like the rest of urbanised Hong Kong, the area has a variety of architecture ranging from public housing estates to luxury apartments, to public infrastructure like ferry piers. In recent years, North Point is also one of the main locations to enjoy traditional Cantonese opera. The latter is thanks to the venerable Sunbeam Theatre at the heart of the district.

As for tourism. North Point is typically not on the itineraries of packaged Hong Kong trips, travel operators preferring instead to bring their guests to the more famous street markets in Mong Kok and Jordan. I wouldn’t say this is right or wrong, but having been to North Point a couple of years ago, I found the area more serene than the touristy areas.

This is a good and convenient district to get a feel of how Hong Kong residents typically live, in other words. Nowadays, it’s probably also where a lot of attractive AirBnB offers are found.

Update Nov 8, 2017: Check out my new photos of the North Point night market!

All screenshots are from the XBox360 version of Sleeping Dogs. A Definitive, High Res version has since been released. Naturally, the graphics are even more awesome in this enhanced version.

Like what you see? Support the game by getting a copy of Sleeping Dogs today! 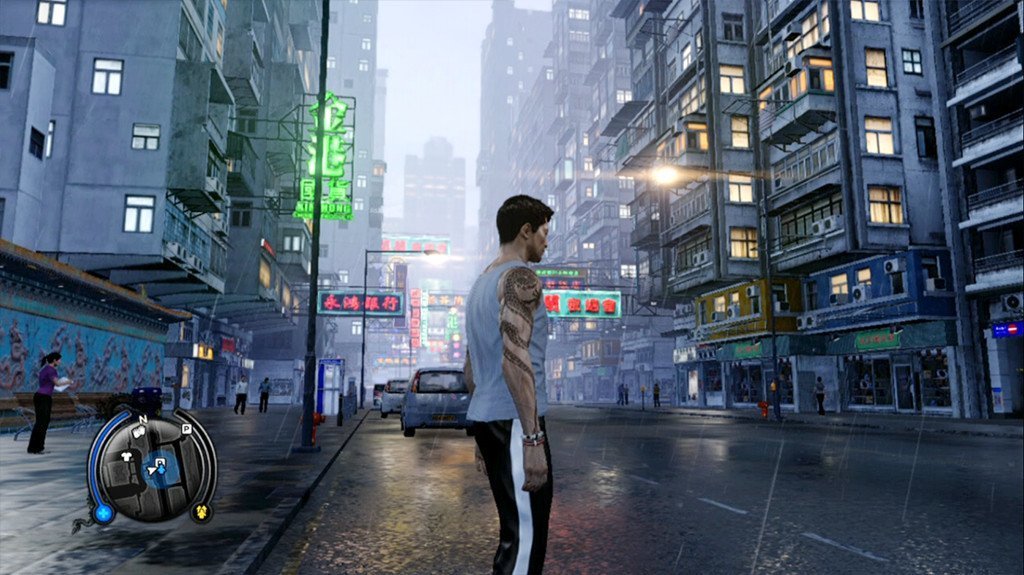