After over two centuries of peace, Japan once more descended into nationwide chaos with the arrival of American Commodore Matthew Perry’s warships.

Called the kurofune (黒船), or black ships, Perry’s success in forcing Japan to open up its ports for trade not only humiliated the Japanese, it made them painfully aware of how behind the world they were.

By this time, the Tokugawa Shogunate was also in decline, with disgruntled samurais all over Japan bitter about having to work menial jobs for survival. In 1867, the last shogun Tokugawa Yoshinobu was forced to resign from his post in the face of growing unrest. On Jan 27 the next year, the Boshin War (戊辰戦争) also broke out, spearheaded by imperialists eager to abolish the shogunate and restore full power to the Japanese emperor. (This struggle inspired numerous Manga and Anime in modern times, for example, Samurai X)

In retaliation, the still-influential Yoshinobu then attacked Kyoto and tried to seize the imperial court.


In all, the Boshin War lasted 17 months and could be viewed as having two segments. After Yoshinobu failed to capture Kyoto and surrendered to the imperialists, his remaining forces retreated northwards to Hokkaido and established the Ezo Republic (蝦夷). Ezo itself lasted less than half a year before it was defeated at the Battle of Hakodate.

Of note, the short-lived Ezo Republic, ironically, was the first Japanese government to institutionalise democracy. This, when they were birthed from the remnants of a medieval totalitarian regime.

One of the most important areas in Toukiden Kiwami, story-wise, the Age of Chaos is both beautiful and desolate to behold.

A frozen wasteland throughout, late Edo Period structures surround prowling onis while relics of war guard icy stalagmites. At the northernmost end, there is also an immense star-shaped fortress, hovering silently beyond the cliffs like an otherworldly maw.

Those who have been to Hakodate in Hokkaido would instantly recognise this curious structure as Goryōkaku (五稜郭). The final battle of the Boshin War was fought here in 1869.

We are reaching the end of our historical Japan tour! For our final round, we will travel back thousands of years to the mythical years of the Jōmon Period! 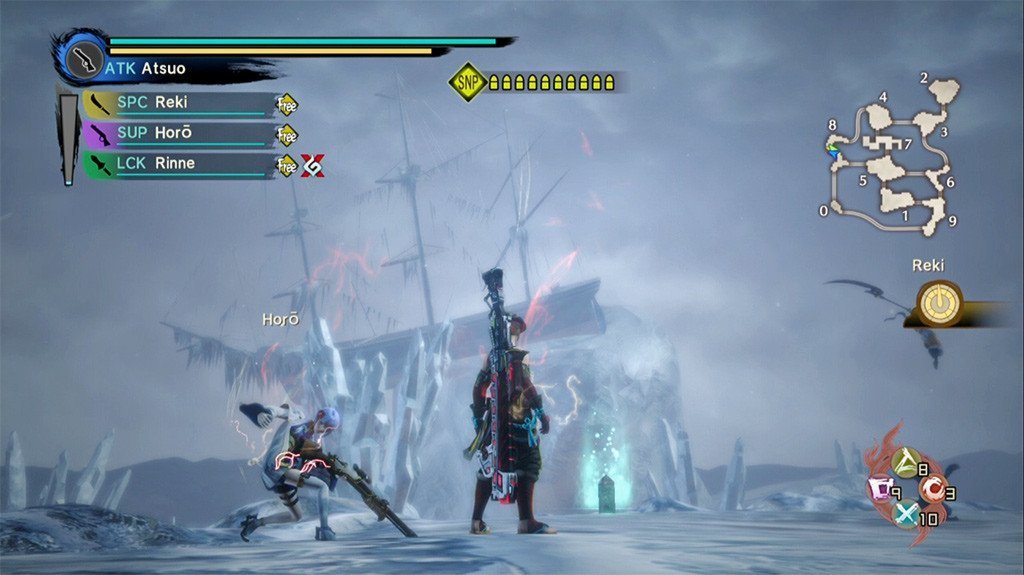