The Edo Period, also known as the Tokugawa Shogunate, lasted from AD 1603 to 1868 in Japanese history.

After decades of bloody civil war, legendary warlord Tokugawa Ieyasu emerged victorious and was officially declared Shogun by the Emperor. To consolidate his rule, Ieyasu then set in place a series of harsh controls and established a new eastern capital in the fishing village of Edo.

In fear of foreign influences sowing discord within the newly united country, the third Tokugawa Shogun, Iemitsu, subsequently implement sakoku, or closed-country policy, a policy that effectively isolated Japan from the world.

This isolation stifled political and technological developments but conversely fuelled much flourishing of Japan’s already unique culture. Some of the things the world most associate with Japan today achieved their greatest heights during the Edo period. For example, the art forms of Ukiyo-e and Kabuki.

Laws and punishments enacted by the Tokugawa Shoguns were harsh. However, they effectively establish enduring peace and stability during the Edo Period.

Toukiden Kiwami reflects this by depicting The Age of Peace as a serene nightscape surrounding a peaceful town. Streets are lined with graceful teahouses, these, accompanied by large Sakura trees blooming gloriously.

In the distance also looms a classical Japanese castle keep. In the words of the game, a profound silence suffuses the entire area. The only unnatural highlight of this peaceful scene is how it is entirely void of human activity.

Toukiden Kiwami: The Age of Peace

Our next segment will bring us to the era of the Shinsengumi and Loyalists, the Meiji Restoration! 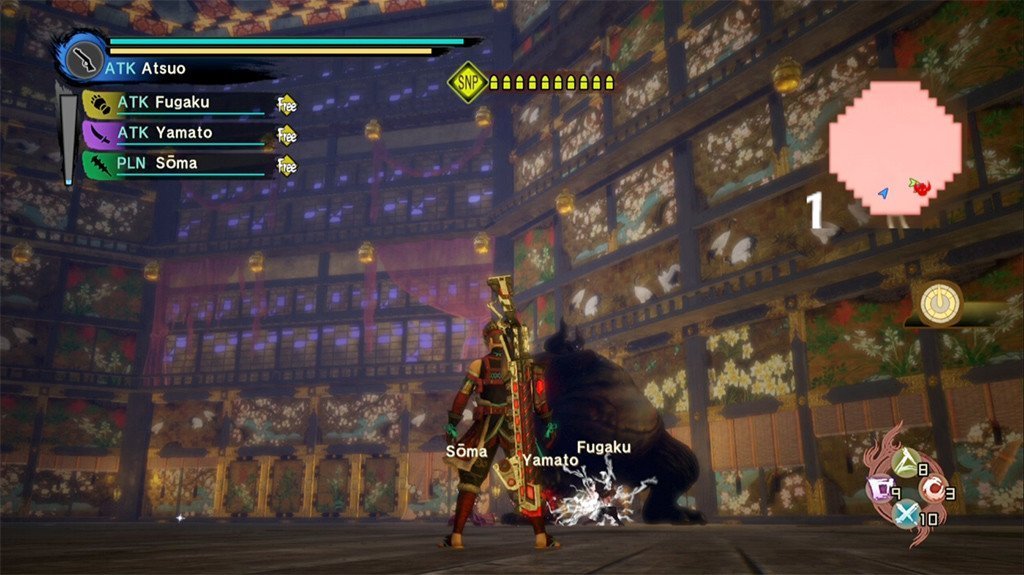