The Age of War, a terrible century of conflict and death.
(All game screenshots are owned by Omega Force and Tecmo Koei Games)

In 1467, the Ōnin War (応仁の乱) broke out over who should succeed the reigning Shogun. Though succession was settled in 1477, the Shogun ultimately lost control over the many daimyōs, or feudal lords, controlling Japan. Endless bickering and power-grabbing soon saw Japan tumbling into full-fledged civil war too.

Today, many foreigners visiting Japan are familiar with Japan’s Warring States period, although in most cases, it’s a matter of familiarity with names. It was at the end of this era that the famous Three Sengoku Warlords rose to power i.e. Oda Nobunaga, Toyotomi Hideyoshi, and Tokugawa Ieyasu.

Other warlords that are nowadays also internationally famous include Date Masamune, Takeda Shingen, and Uesugi Kenshin. In all cases, it’s thanks to the popularity of Japanese games and Manga that these generals became so well-known.

As for representative architecture, the most prominent representatives of Warring State period construction are the soaring keeps of Japanese castles. After the Ōnin War, every warlord worth his banner built a castle. These castles served both as defensive strongholds and ostentatious expressions of power.

PS: The Azuchi-Momoyama (安土桃山) period refers to the tail end of Japan’s Warring States period. The name came from Nobunaga establishing his seat of power in Azuchi, and Hideyoshi doing so in Momoyama.

Within Toukiden Kiwami, access to the Age of War symbolises an intensification in combat. Correspondingly, the battleground is swathed in blood-like red. Ruined villages and magma rivers are everywhere.

There are still sights to enjoy, despite scenes of dramatic ruin dominating the battleground! In the background looms one of Japan’s most legendary castles in history: Nobunaga’s massive Azuchi Castle. Various locations also offer a peep at how Japan would be, should one of its many volcanoes erupt. Naturally, none of us wish for anything near the latter to happen.

A Note from Our Video Game Tour Guide

In my next post, we’ll visit a relatively more peaceful era of historical Japan. the Tokugawa Shogunate!

If you’re thinking of visiting Japanese castles, this site is easily the best guide. 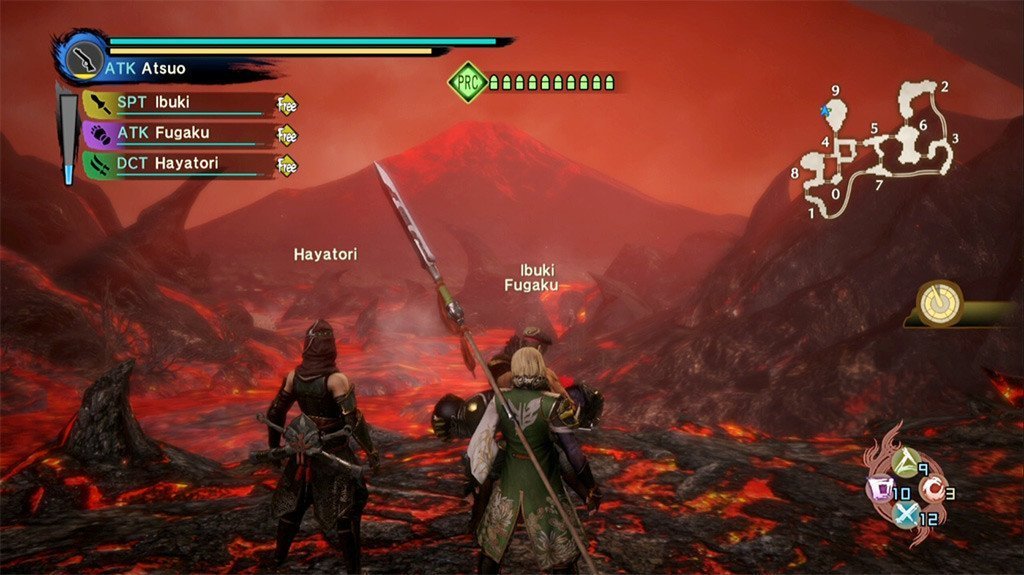