Isolated geographically then politically for hundreds of years, Japan developed a culture that is truly different from any other civilization. Today, it shines as one of the foremost gateways to Asia too, a true melting pot of the East and West.

And in the case of geeks like me, Japan is HOLY GROUND, the country being the birthplace of Manga, Anime, and Otaku culture. Naturally, Japan is also renowned for gorgeous architecture and breathtaking natural sights. Todaiji, Himeji Castle, the Great Kamakura Buddha, Miyajima, Mount Fuji, the list just goes on and on.

Toukiden Kiwami is the expanded version of Toukiden: The Age of Demons, an action role-playing game developed by Omega Force and published by Tecmo Koei. Both versions are very much the standard Koei kind of game, with Anime-inspired characters, outrageous armours, and super oversized weapons.

Gameplay itself consists of expeditions into different “ages” to slay demons, known as oni, and thereafter crafting better gear from materials dropped by vanquished demons.

What’s furthermore fascinating about the ages is how they each represent a distinctive period of Japanese history. From the prehistoric Jōmon era to the pre-modern years of the Meiji Restoration, they are all there. Playing the game is like a crash course in Japanese history development, in a most energetic and colourful way.

In a nutshell, Toukiden Kiwami tells the story of a Japan ravaged by demonic invasion, the outcome of which sees historical periods jumbled up and transformed into fantastical battlegrounds.

While this is convenient for our video game tourist tour, needless to say, you aren’t going to see things like 100 feet tall lotuses or idyllic rivers of lava in real-life Japan. There is a lot of “creative re-interpretation” in this game, in other words.

Our guide for touring medieval Japan, Atsuo Kun. I.E. … Me.


Known as Miyabi (雅) in the Japanese original, the Age of Grace is the first accessible battleground in Toukiden Kiwami. A golden world basked in evening sunlight, with towering lotuses and abandoned vermillion structures, the battleground is clearly inspired by the classical Nara and Heian periods that lasted from AD 710 to 1185. Visually, this age is also one of the most “immediately Japanese” battlegrounds within the game.

During the early years of the Heian period, the Heian court also successfully consolidated control over the Emishi people of Northern Honshu, a move that completed its domination of the largest island of the Japanese archipelago. Lastly, many of Japan’s most cherished structures nowadays hail from these two periods. For example, the distinctive temples and pagodas of Nara Prefecture. 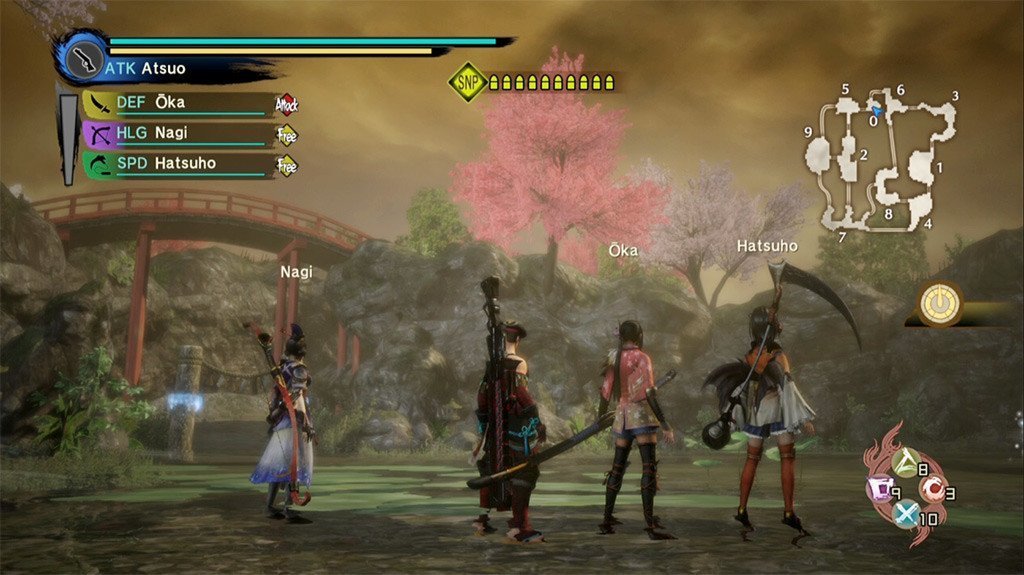